Now, to be clear, Vickers isn’t actually in the talent pool. He’s in the gene pool, but that’s about as good as it gets. But times are hard, and it’s not easy for Johnson to find MPs who haven’t already denounced him. Vickers is one of the few. 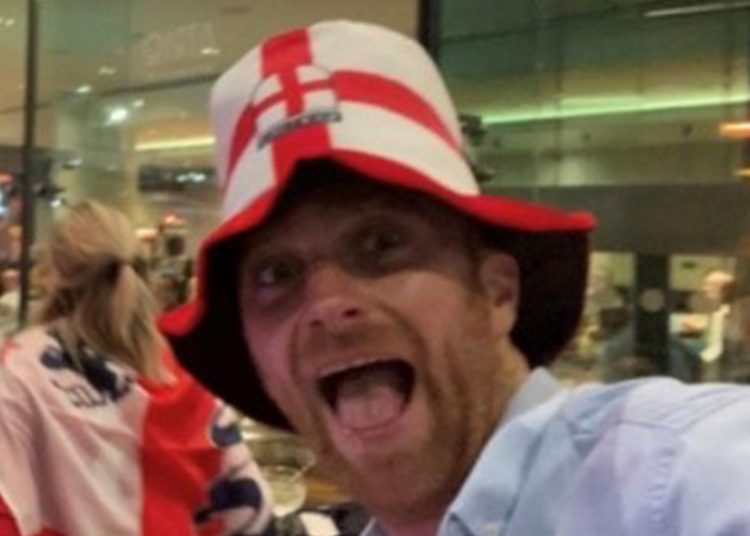 You have to feel a bit sorry for Boris Johnson. While he was busy trying to run the country to the best of his ability, 50 members of his government resigned at fairly short notice. He then felt obliged to join them, but it’s not quite that easy when you’re top dog. They have to get a replacement before you can go. So, while he’s still on the job, all of a sudden, he’s got fifty vacancies to fill.

Even before his resignation, he’d had three education secretaries in as many days. So, the talent pool was running dry, and the post of deputy chairman of the Conservative Party hadn’t been filled.  Then, into the breach, steps Stockton South MP, Matt Vickers.

In the talent pool?

Now, to be clear, Vickers isn’t actually in the talent pool. He’s in the gene pool, but that’s about as good as it gets. But times are hard, and it’s not easy for Johnson to find MPs who haven’t already denounced him. Vickers is one of the few.

To make matters worse, there have been reports (albeit only in The Guardian), accusing Johnson of promoting people to senior posts who are ‘unsuitable’. Thus, Sarah Dines to Justice Minister, Andrea Jenkyns to Education Minister, and Peter Bone to Deputy Leader of the House.

Now, speaking of Peter Bone, he and Vickers, as it turns out, have something in common. The Wikipedia entry for Bone has the following:

“Early on in his career he was described as one of the most active MPs in Parliament, in terms of questions asked and other contributions. However, the quality of those interventions was questioned in a 2006 article in The Times about the Theyworkforyou website. Bone was one of three MPs specifically alleged to have “boosted their ratings on the internet by saying very little, very often.””

The same could be said of Vickers.  His written questions to parliament alone are more than voluminous, all of them, as it appears of the form …

… where the blank can be anything from global warming to the price of sausages.  It makes no difference to Vickers.

His constituents, meanwhile, may have some difficulty finding the “exhibition centre and state-of-the-art car parking” in Preston Park that he promised so loudly in 2021. We appreciate that these kinds of projects can take time to get off the ground, but we are understandably impatient to discover what a ‘state-of-the-art car park’ looks life in real life.

How did they choose him?

And we can only begin to imagine the conversation that took place in 10 Downing Street that resulted in Vickers’ appointment:

Johnson to erstwhile spAd – Damn, we still need to get somebody for Deputy Party Chairman! Who have we got left?

spAd – I’ll have a look and see who we’ve still got on the list, Prime Minister… [spAd leaves and returns presently] … I think I may have got someone.

Johnson – Who is it?

Johnson – Never heard of him.

spAd – There’s a reason for that.

spAd – How can I put it?  As Einstein is to the theory of relativity so is Vickers to complete and utter uselessness.  A person so-

Johnson – He’ll do nicely.  Give him a ring.

So, who’s celebrating and who’s come out in a cold sweat at the news? The latter has to be Land-of-Hope-and-Glory leadership candidate, Penny Mordaunt, who currently has Vickers’ endorsement.  If she comes out on top in the race, as the bookies are now predicting, she is going to look churlish if she doesn’t find some way to reward him for his loyalty, while sacking all the other unsuitables that Johnson has stuffed the government within recent days.

And opening the champagne, presumably, is Wharton. That’s Baron Wharton of Yarm, director of Cohiba Communications Ltd, parent company of IX Wireless, which last summer bunged £2,500 each to a slew of the 2019 intake. How happy must the baron be today now that his successor in Stockton South has a seat at the top table?  Even if it turns out only to be until September.