Stop the War coalition protest as parliament is recalled

Jeremy Corbyn and John McDonnell speak at the Stop the War coalition protest today. The message is of supporting refugees from Afghanistan 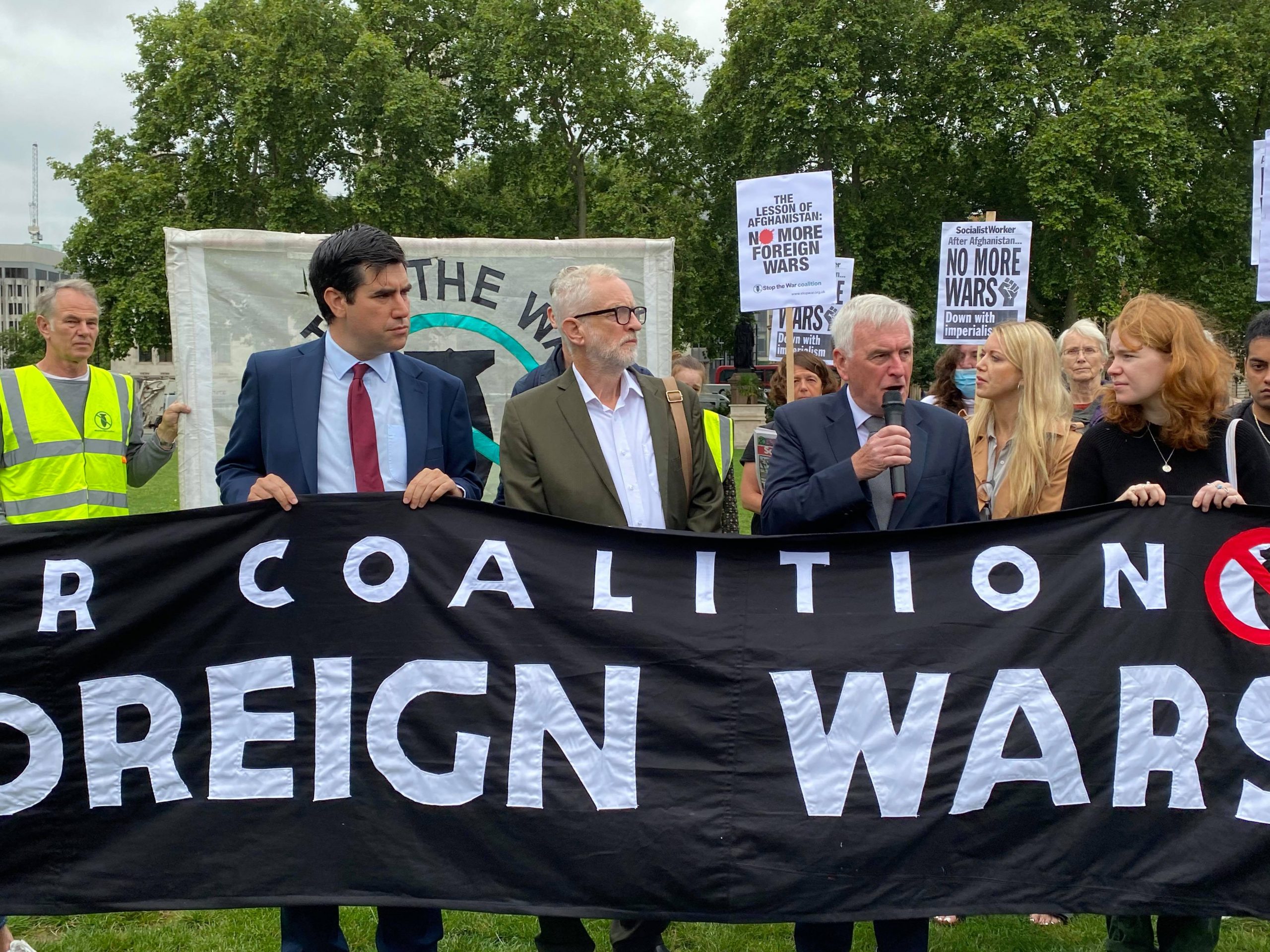 Protestors from Stop the War coalition have assembled in London today to protest against the invasion and occupation of other countries. This happens as parliament is recalled to debate the ongoing situation in Afghanistan.

The message of the demonstration is ‘No more foreign wars’.

“Boris Johnson is recalling parliament on Wednesday to discuss the situation in Afghanistan. The debate will see grandstanding on all sides and a failure to acknowledge that 20 years of western war and occupation in Afghanistan has been a total and utter failure. But the truth is there for all to see.”

The speeches have now started. Speakers include Jeremy Corbyn and John McDonnell.

Jeremy Corbyn talks about how this is a sombre day. He talks about the many thousands of deaths and the huge number of refugees. He says that we must support people, especially women who need to flee Afghanistan. He added that a cap on refugee numbers in “unthinkable and unacceptable.”

He says that we should learn the lessons of Afghanistan and support the refugees.

This is a breaking news story and will be updated as more information comes in.