Nissan's Chief Operating Officer, Ashwani Gupta, has repeatedly said that the plant in Sunderland would be unsustainable with a no deal Brexit. 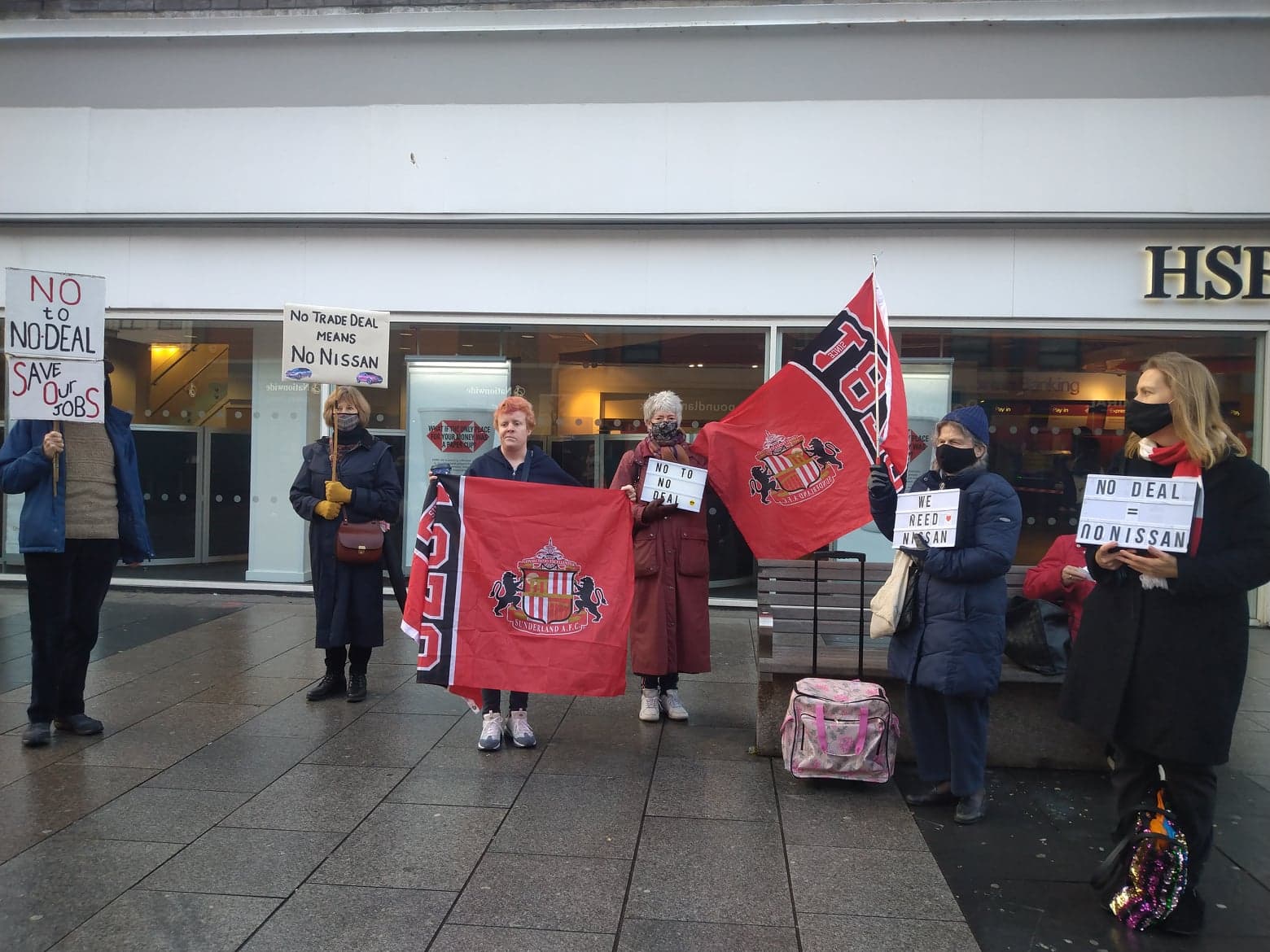 Local residents took part in a socially distanced demonstration in Sunderland city centre this afternoon to highlight the impact a No Deal Brexit would have on the North East.  A No Deal Brexit is looking increasingly likely after it was reported that large gaps remain following crucial Brexit talks between Boris Johnson and Head of the European Commission, Ursula von der Leyen. In fact, Boris Johnson said himself yesterday that we needed to stand by for the possibility of an “Australia-style” deal, which, of course, simply means a No Deal Brexit.

Nissan’s Chief Operating Officer, Ashwani Gupta, has repeatedly said that the plant in Sunderland would be unsustainable with a no deal Brexit.  He also stated they need a Brexit deal with a sustainable business case for their UK commerce to be viable. Mr Gupta said that the EU was Sunderland factory’s biggest customer and warned that Nissan’s commitment could not be maintained if there was not tariff-free EU access. Nissan also cautioned that any delay in overseas supplies of parts because of new customs checks could slow production. Nissan employs around 7,000 people directly from all over the region and thousands more in the supply chain.

Furthermore, in related news, Tesco have reported that they have started to stockpile long life products in case of a no deal scenario.

The North East stands to be badly affected economically even if a trade deal is agreed and will be the worst affected by a No Deal Brexit. The new final deadline for a decision on trade talks is now Sunday and there are only 20 days to go until the transition period ends with new rules coming into force from 1st January 2021 including customs checks for the first time in 40 years.

The demonstration was well received by passers-by out Christmas shopping, with some stopping to look at the different placards which included “we need Nissan”, “save our jobs”, “no deal = no Nissan”.

Northumbria Police were fully briefed about this event and the group fully adhered to social distancing rules at all times.