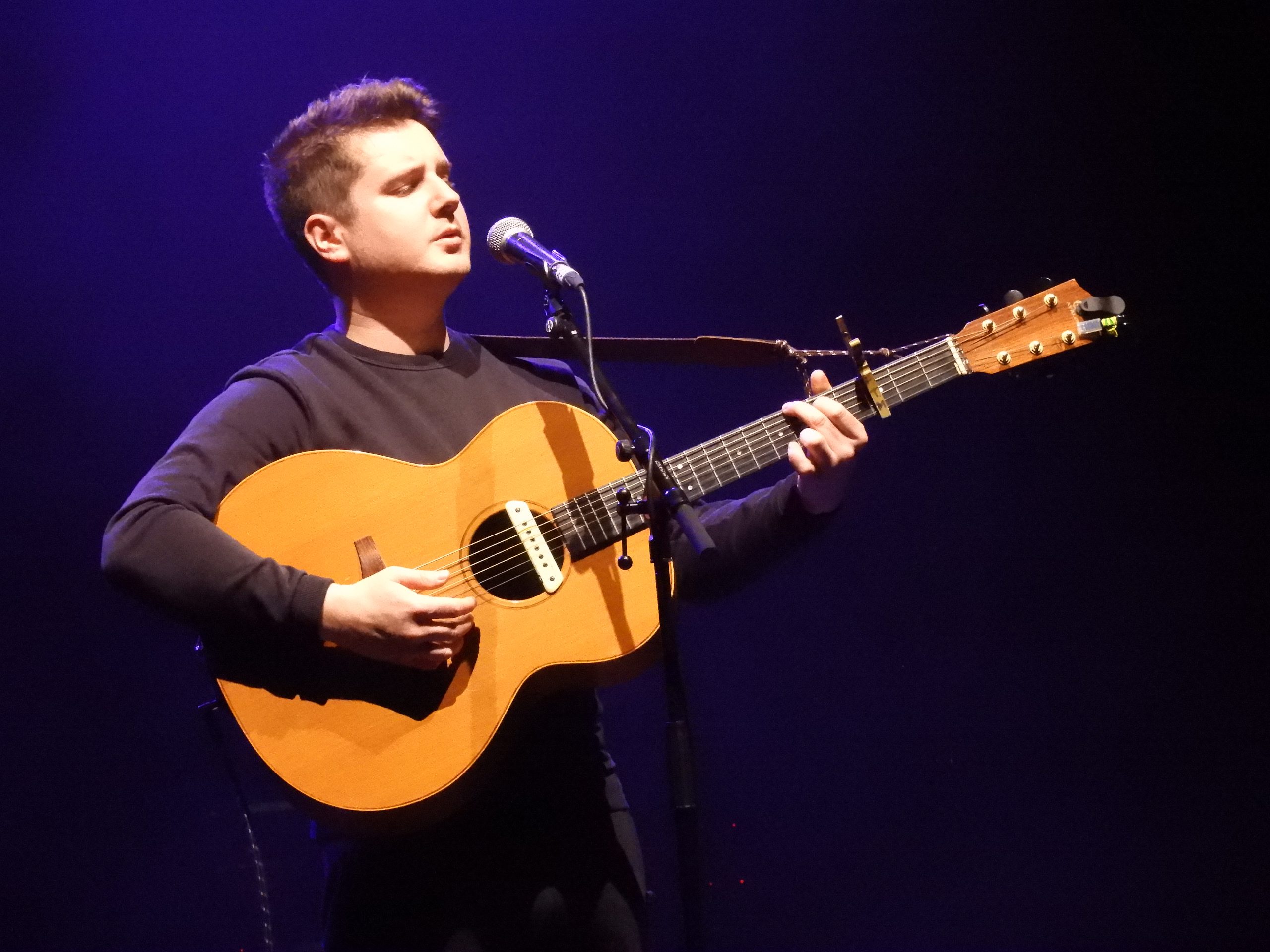 Sunderland born and bred Martin Longstaff has had his share of luck in his musical career so far. His debut album was produced by Dave Stewart from the Eurythmics in Nashville and his song Shipyards has been used in the Netflix film Sunderland Till I Die.

Now the North East singer songwriter has another claim to fame – supporting Deacon Blue. When the original support act Jamie Lawson fell ill with Covid-19, Martin stepped in at the last minute to support the Scottish legends on their current tour.

With the tour only just started Longstaff , who records under the name of the Lake Poets was asked support Deacon Blue on their Cities of Love tour in Newcastle and Blackpool,

Seeing Martin for the first time at the Blackpool Opera House, the singer  impressed me immensely. His songs belong in that timeless category of singer songwriters such as Carole King and Simon and Garfunkel.

His warm and friendly approach won over many new fans. He shared that Blackpool reminded him of his home town, Sunderland as it is a town by the sea.

On his song Edinburgh he joked with the audience how he got drunk in an Edinburgh bar and thought he was actually sat next to JK Rowling, her of the Harry Potter books. He wasn’t of course but it still makes up for the lyrical contents of a good song.

To some it might have been a daunting prospect of standing alone on stage playing  in front of  a 3,000 strong audience who were not there to see you, but Martin took it all in his stride.

His cover of the Bonnie Ryatt classic I Can Make You Love Me was in good hands though it was his own song Cities by the Sea which closed his 30 minute set where he really made his mark.

“Thank you for listening to me” he offers  the Blackpool audience as he exits the stage. It had indeed been a pleasure to discover this talented North East artist.

Song of the six million