This Saturday thousands of musicians and artists gathered outside The Royal Albert Hall to show solidarity to the plight of our arts industry. 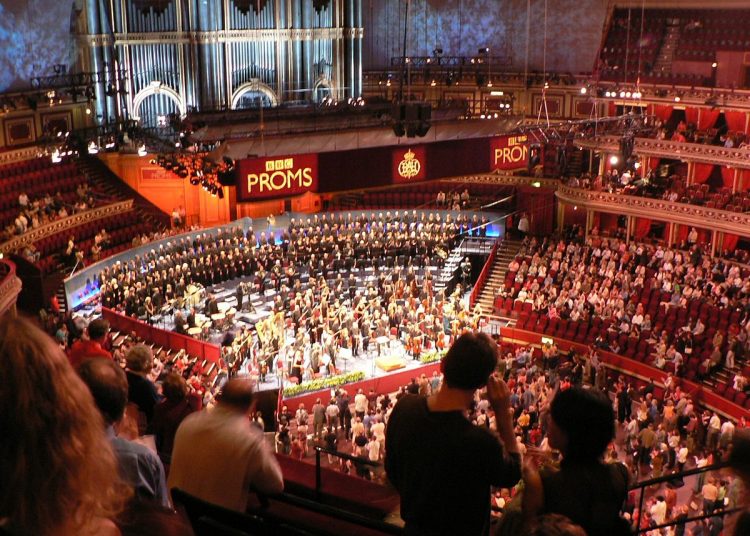 This Saturday thousands of musicians and artists gathered outside The Royal Albert Hall on The Last Night of The Proms to show solidarity and raise awareness to the plight of our touring arts industries, many of whom are now facing ruin since leaving the European Union.

“Provisions for touring artists were not negotiated when finalising the Trade and Cooperation Agreement (TCA) leaving touring artists facing a raft of extra costs and visa restrictions upon visiting each European country”.

My own nephew from Sunderland is an 18 year old in local North East band, Fire Lady Luck and his right of passage to tour in the EU has now been destroyed as a direct result of Brexit.

A coalition of artists, including Blur, Pink Floyd and Primal Scream are supporting the movement to raise awareness of this catastrophe through entertaining the crowds, whilst handing our European flags as prom goers enter the hall.

Six thousand European flags were distributed to prom goers. This was a repeat performance of 2019 where the Royal Albert Hall was flooded with European flags and banners provided by Thank EU for the Music flags team, generating global attention.

“It’s important to keep music alive and free. Music is a language for everybody to stay connected, and should be celebrated with freedom of movement and expression.

“Blur played our first gig outside the UK in Rotterdam in February 1991. We just jumped on a ferry with no restrictions for us or our gear. That August we were back in the Netherlands, followed by dates in Germany, France and then on into a full European tour”.

“If we were starting out today trying to do the same, there would be a vast range of bureaucracy and costs, with different regimes in every country. We simply wouldn’t be able to afford it. The UK Government has to take this issue seriously and support touring artists. The future of British music is at stake.”

Thank EU for The Music has teamed up with Let The Music Move, Carry on touring and Bectu who are supporting the joint initiative with The Musicians Union and Incorporated Society for Musicians in the campaign to save our touring arts industries post Brexit.