What a difference from Uganda in climate! Fort Portal is over 5000 feet above sea level. 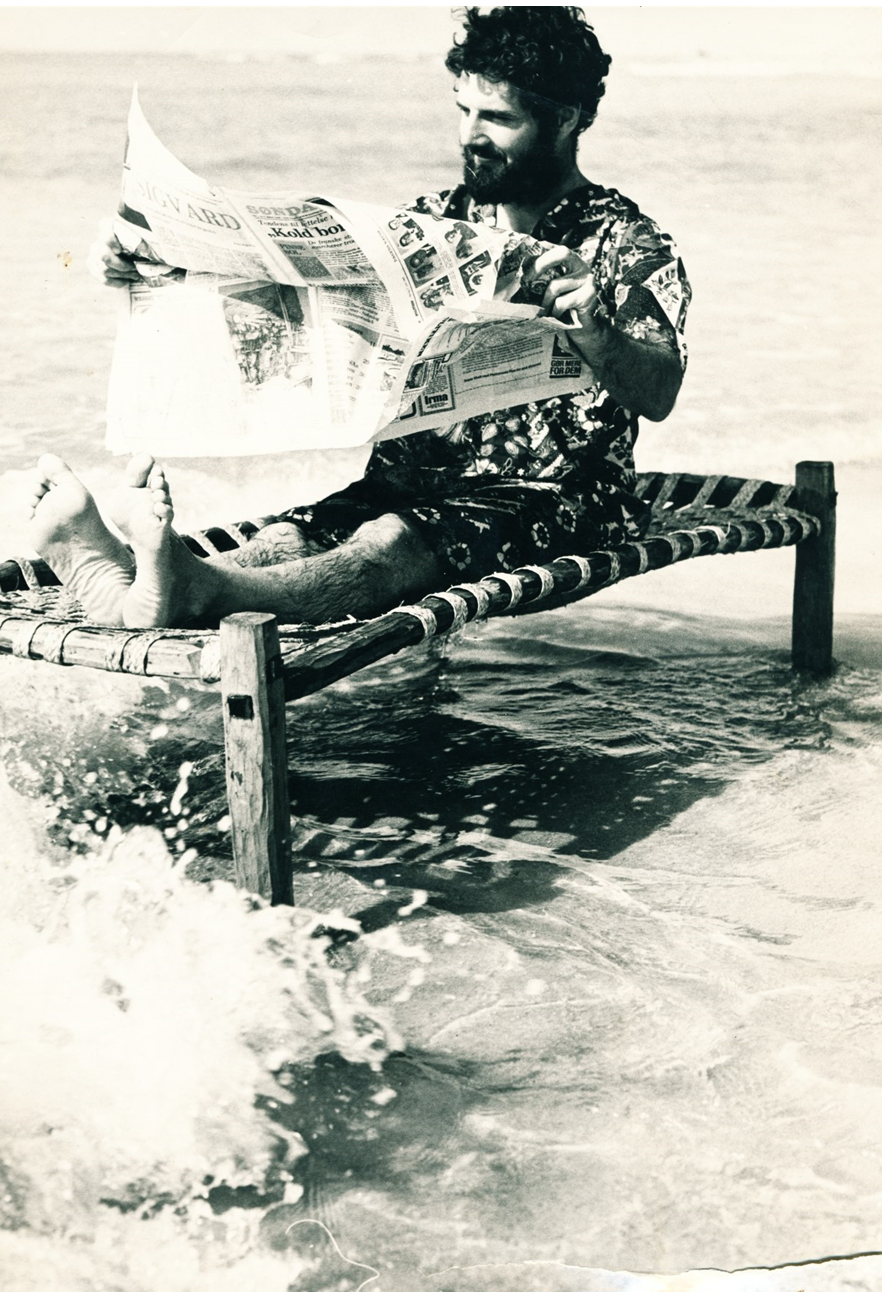 In 1962 I was Head of English at Kitante Hill secondary school for boys in Kampala, Uganda. The school was unique in Uganda at the time, for it was the only secondary school that catered for pupils of African, Asian and European heritage together: it had been established specifically for the children of government civil servants (though most Europeans still sent their teenage boys back to Europe for their education).

Another notable event of 1962 was that Uganda attained independence from Britain, so I was transferred from Her Majesty’s Overseas Civil Service to the civil service of Uganda. As “compensation”, I was given an annual pension of £87.14s, which, because it is index-linked, has now risen to £1985.79. Other Brits who had served much longer than my 15 months are now getting very large pots indeed.

And the third event, occurring only three days after Independence, was the birth of my first son in Mulago Hospital, Kampala. Anne and I had thought that it was obvious that I should be present at the birth but the obstetrician had other ideas: fathers got in the way; they were no help; in fact, they were a nuisance. “Why, only a few days ago, Mr Walker,” said the obstetrician, “I allowed a father to attend the birth and what happened? At the sight of a bit of blood, the man collapsed, hit his head against the oxygen bottle and was in hospital with a broken jaw for a fortnight longer than his wife!” I assured him that that wouldn’t happen to me and he reluctantly agreed to let me attend. As with the birth of each of my children, it was a wondrous experience.

I enjoyed teaching at Kitante Hill. One of the highlights was that I produced Julius Caesar as the school play, with an African Brutus, an Asian Cassius and an American Mark Anthony. I myself also appeared on the stage at the National Theatre as Horner in Wycherley’s The country wife (yes: the puns on the first syllable of both “Horner” and “country” are intended) and as Proctor in Miller’s The Crucible.

I mention those plays to show how, even after Independence, Kampala still had a very Eurocentric bias in its middle-class culture: seventeenth-century English plays, British and American films in the cinemas, an English-language press and a British school curriculum. For example, the set books that I had to teach for the Cambridge School Certificate (the qualification that my pupils were examined for in their fourth year) included the aforesaid Julius Caesar, Austen’s Pride and prejudice, H.G.Wells’s Mr Polly, and Dickens’s Nicholas Nickleby (the boys hugely enjoyed my reading aloud of the piece where Nicholas saves Smike from a beating and thrashes Wackford Squeers instead). And, in order to pass the oral English section of the syllabus, the boys had to speak with a “received” pronunciation (RP). Ridiculous!

The longer I was a teacher of English, the more I realised how little I knew about my own language: just being a native speaker does not equip somebody for teaching their language, however fluent their speech or however “correct” their accent. So I left Uganda, now with two more children (a daughter in 1964 and a son in 1965, both born in Mulago Hospital) and in 1966 enrolled on a postgraduate course in linguistics and English as a second language at the University of Leeds, from which I emerged with a Distinction.

A post came up at the University of Dar es Salaam, the then capital of Tanzania; I applied and was appointed.

What a difference from Uganda in climate! Fort Portal is over 5000 feet above sea level, Kampala is over 4000 feet but Dar es Salaam is at sea level. The university is on a hill outside the city but, although we got a bit of a sea breeze, the humidity was very uncomfortable. Largely owing to the influence of the President, Julius Nyerere, political development in Tanzania was more advanced than it had been in Uganda but one British custom remained unchanged: the working day.

When other European nations (e.g., Portugal) colonised the tropics, they started work early, stopped in the heat of the day, and then worked again in the late afternoon. The British, however, worked from 9 to 5 at home in England and would damn well work from 9 to 5 in the tropics. The result was that I used to conduct very sweaty tutorials, seminars and lectures, dripping on to the floor as I worked. I enjoyed the work but found the humidity a bit hard to cope with.

One of my wife’s friends married a young man from French Cameroon called Soumah. This friend and Anne decided to set up a clothes shop together and, transposing the French spelling into Swahili spelling, called it Suma. Anne bought her friend out when the latter left Tanzania and re-established the shop when she returned to Leeds. She then sold the shop and its name to a new co-op that was being set up in Leeds and that is how what is now a very large co-op indeed came to be so named. Perhaps you buy things from there yourself.

Anne decided that our marriage contained such irretrievable incompatibility that she could no longer stay: she left Tanzania with the children and returned to our house in Leeds. I then fulfilled the remainder of my contractual term and also returned to Leeds to see whether the marriage could not, after all, be saved. I was lucky enough to get a two-year fixed-term contract at the university in the Institute of Education, teaching overseas teachers of English. And I joined the IMG, the International Marxist Group, which was the British branch of the Fourth International.

More on the consequences of that in the next chapter.

“How fragile we are”