Ben Houchen posted on his facebook page on 29 October some startling news, which is that Teesside Airport has attracted a low cost carrier. 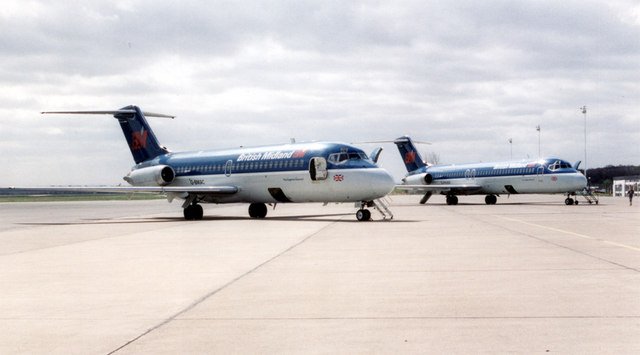 In the week that Ben Houchen announces the return of Loganair flights from Teesside Airport and celebrates its success, we wonder, ‘Is he serious’? It was Trump adviser Kellyanne Conway who gave the world the phrase ‘alternative facts’ that so aptly describes the space between mendacity and delusion that is inhabited by the world’s great populists. And Tees Valley mayor, Ben Houchen, seems to be following their lead.

This week saw him return to one of his favourite topics – Teesside Airport, and the announcement that Loganair will be resuming flights from here in 2021, will operate five routes, and has signed a three year contract.  Good news for the region and the regeneration of the airport? Possibly, but something about it doesn’t quite seem right.

Of the five routes, three are already served by Eastern Airways. So those whose job it is to turn around Teesside Airport have put two carriers in direct competition with each other in an already fragile market. One of them is likely to lose out in the competition. Net benefit to Tees Valley, zero.

Who negotiates deals such as these for Teesside Airport? Stobart Aviation, the TVCA’s joint venture partner? Probably. Tees Valley Monitor has now written to them to ask if it was indeed Stobart’s who set this up and to explain the rationale behind it. They plan to publish the response if one is forthcoming. In recent days similar questions have been asked of Teesside International Airport Ltd, with no response.

Ben Houchen posted on his facebook page on 29 October some startling news, which is that Teesside Airport has attracted a low cost carrier. Here’s some perspective on this.

When consultants ICF prepared their report on the future of the airport for the TVCA they described three scenarios: one where things continued much as before, a second where it attracted new regional routes and charters, and a third where it attracted a low cost carrier in addition to these. The difference? In the second scenario, they projected annual passenger traffic to be 372,000 by 2026; in the third scenario, where a low cost carrier is brought in, the corresponding figure is 1.5 million.

And there it was, in black and white, on 29 October.

So, why didn’t Houchen make the big announcement then?

And now all is revealed. What’s on this page is written by someone in Houchen’s comms team who doesn’t know that TUI is a charter airline, not a low cost carrier, and who appears to think that the goal of 1.5 million passengers a year will be reached with one plane a week to Palma. That person posts the copy, no one ever checks it, and the alternative facts enter the public domain under Houchen’s name. First possibility.

Second possibility. Someone in Houchen’s comms team who knows perfectly well that TUI is a charter and not a low cost carrier, but writes the copy in the expectation that it will be read by an uncritical audience, so that the disinformation enters the public domain with Houchen’s name on it.