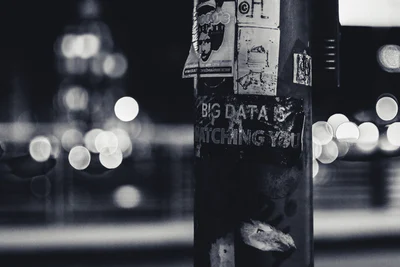 Photo by EV from unsplash

In the twentieth century, two visionary texts cast their shadows over the future of our species. One was George Orwell’s Nineteen Eighty-Four, with its horrific vision of a brutal totalitarian state grounded in the concept of ‘War is Peace’, in which the population is coerced into a state of complete security; and all that must be offered in return is simply the sacrifice of their critical faculties, of both their humanity and individuality. The book that gave us Big Brother, and thoughtcrime and Newspeak and the torture palace known as the Ministry of Love, and the enduring spectacle of a boot grinding into the human face forever.

A softer form of capitalism

The other was Aldous Huxley’s Brave New World, in which we find Ford as the presiding deity of the World State. A softer form of totalitarianism achieved through the perfect and total synthesis of mass production and biological engineering, supported by hypnotic persuasion rather than brutality. The Model-T products that roll off the conveyer belt now populate society and form a pre-determined caste system, ranging from a highly intelligent managerial class to a subgroup of serfs programmed to love their menial work. Boundless consumption is demanded to keep the wheels of society turning. Individuality is abhorred and everything belongs to everyone else, from the physical self to the deepest insecurities of the mind; and scientific advancement, far from being disinterested, requires consonance only with the security of human happiness.

And so the answer to the question of which template would win has oscillated sinusoidally since their inception. Cold War – Orwell; post-fall of the Berlin Wall – Huxley; War on Terror – Orwell? Would it be possible for both futures – hard and soft – to exist simultaneously, in the same place? And what would that be like?

The new age of capitalism

In her book The Age of Surveillance Capitalism, Shoshana Zuboff outlines the new age of capitalism which she claims we now occupy. She argues that capitalism, just as with Ford and the Model T, has undergone a mutation into a new form, and there is now a fight for the future of humanity. Her central thesis is that “Google is to surveillance capitalism what the Ford Motor Company and General Motors were to mass production-based managerial capitalism”, and just as Ford revealed a fertile land rich in mineral resources, Google uncovered an El Dorado of capital resources: human behaviour.

In refining their products, notably their Search Engine, Google uncovered the value of behavioural data. More than just key words, each Google Search query produced collateral data such as the number and pattern of search terms, how a query is phrased, the spelling, punctuation, dwell times, click patterns, location etc. Surveillance capitalism feeds on these, converting human behaviour into information that can be used to produce perfectly individualised, ‘targeted’ adverts. In this form of capitalism we are not the consumer, not even the product – we are the raw material, and as such, require constant surveillance, unending participation with the machine.

Zuboff paints a progressively darker picture of Michelangelo scale, that takes us from the inception of surveillance capitalism in the infancy of Google’s life, to the diffusion of this form throughout the economy to the point of normalcy: smartphones evolve into smart-homes evolve into smart-cities; Google Maps asks no permission to map the world and then recommends where we might like to eat or visit; Facebook harvests willingly submitted user data and then sells it to the highest bidder (e.g. Cambridge Analytica). And Zuboff is keen to stress the role of the neoliberal, anti-regulation institutions that allow the cancer to metastasize to those industries beyond digital media, such that the essential organs of society are infected. Zuboff cites the work of Jodie Short, which concluded that the acceptance of “self-regulation” in the defence of democracy became widespread, especially after 1996 – the years when digital technology and the internet became mainstream.

However genuine this defence may have been, the effect of allowing this relative lawlessness was to produce an inversion wherein the anti-democratic power originates not from the state, as was the case historically, but from multinational private companies. Thus, the immense digital companies were perfectly free to continue to annex our individual property in the realm of cyberspace, in much the same way the nineteenth-century colonialists plundered the “dark continents”. As Google founders Eric Schmidt and Jared Cohen put it in their book, “The online world is not truly bound by terrestrial laws… it’s the world’s largest ungoverned space.” Democratic impotency is fundamental – as Zuboff writes, “technology companies such as Google move faster than the state’s ability to understand … any attempts to constrain are therefore fated to be ill-conceived”.

This annexation of what is most personal to us, our personality, through constant surveillance and for the purpose of perpetually increasing profit, is termed surveillance capitalism. Zuboff wishes to argue that this is something unlike anything we have seen before, while also arguing that this is the same old capitalism we all know, despite the similarities with totalitarian practices of the past. She wants to eat her cake and have it too.

The inescapable impression of the book is that it is long. Needlessly long. And as such, the digression into repetition and tautology is unavoidable. Just as the Book of Common Prayer says that, “Man that is born of woman hath but a short time to live and is full of misery”, with the air of stating something obvious, Zuboff tells us what we already know. Who is unaware that adverts have become hyper-specific? Who has not had the semi-totalitarian experience of just thinking about something and later seeing a related advert? The book will offer nothing new to most people in that sense, but what it does provide is a very deep, if rather narrow, analysis of the history that led us to this situation: The neoliberal revolutions in the UK (Thatcher) and the US (Reagan); the rise of the internet and the Search Engine; the craving for, and addiction to security following the advent of the ‘War on Terror’. The reader will likely emerge from the book with a new awareness of the scale of surveillance in the post-war West, and a clearer understanding of the events that led to the rise of Google, Microsoft, Facebook et al.

The interesting aspect of Zuboff’s central thesis is that this is novel. Technology is not the cause but rather the medium. Capitalism is a parasite which will evolve and mutate in order to adapt to its host. And the host this generation is universal social media. Just as Huxley was inspired to write of his Brave New World by the increase in mass production and what he perceived as a society’s march towards technological determinism, so, too, was Zuboff inspired by the sages, now of Silicon Valley, who preach an inevitable march towards a Utopian world of complete connectivity. More than a dystopian work of fiction, the modern prophets talk confidently of a “Google City” in which the individual is reduced to a red blood cell moving deterministically along the arteries necessary for the oxygen supply of the living machine: something that Huxley with all his talents could only sketch.

The opening sentences of Google leaders Schmidt and Cohen’s 2013 book, The New Digital Age, exemplify this: “The collective benefit of sharing human knowledge and creativity grows at an exponential rate. In the future, information technology will be everywhere, like electricity. It will be a given.” Any criticism of this view is met in the laconic statement to be found in the afterword to their first edition, “Many of the changes we discuss are inevitable. They’re coming.”

While sympathetic to the view that the surveillance capitalism she defines and outlines is suggestive of a larval form of totalitarianism, Zuboff is keen to argue that this is simply a misidentification. She writes that she, ‘’admire[s] those who have stood against the incursions of digital surveillance, but I also suggest that the equation of instrumentarian power with totalitarianism impedes our understanding as well as our ability to resist.” Instrumentarianism is what she terms this new species of digital power, defining it as: “The instrumentation and instrumentalization of behaviour for the purposes of modification, prediction, monetization, and control.” These overly Latinate salads of jargon are typical of the book, and certainly a primary cause of its length – what is the latter quote if not a jargonised way of saying that these multinational companies want to manufacture and control their consumers (for control necessarily leads to modification, prediction and potential monetisation)? And in pursuing this line of argument, she misses the opportunity to write a truly interesting book, rather than a best-seller.

The limits of her writing are demonstrated best by a comparison with Huxley, who, in his foreword to the 1946 edition of Brave New World, wrote that: “There is, of course, no reason why the new totalitarianism should resemble the old… in the age of advanced technology, inefficiency is the sin against the Holy Ghost. A really efficient totalitarian state would be one in which the all-powerful executive of political bosses and their managers control a population of slaves who do not need to be coerced, because they love their servitude.” Zuboff cannot write anything so succinct and measured as this, and this is about the result of the 650 pages she spends fighting with her thesaurus. An interesting book, but the source material is always more interesting: read again Brave New World and Nineteen Eighty-Four before and after any attempt is made on Zuboff’s work.