Steve Turner, Cleveland PCC is having a bad time. Whatever the reason for ostracism by erstwhile colleagues, he is putting on a brave face.. 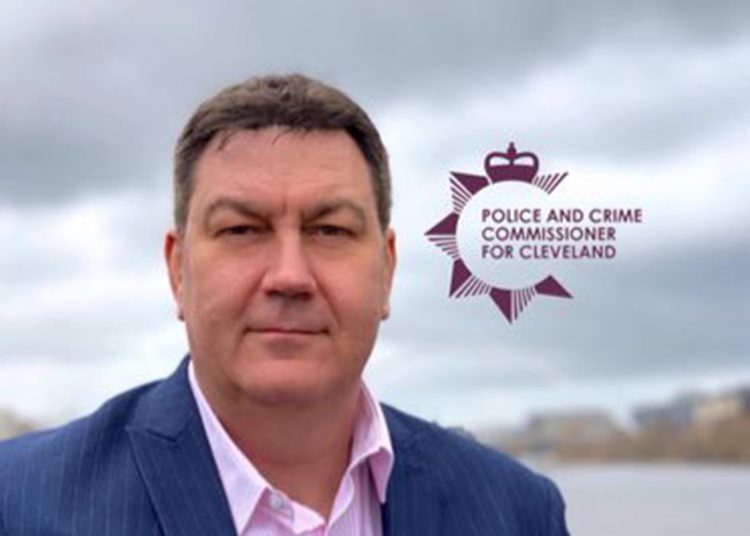 Times are hard for Cleveland Police and Crime Commissioner, Steve Turner.  No sooner had he batted away complaints that he was unfit for office on account his receiving a police caution for theft whilst a manager for Safeway in the 1990s, than he was confronted with further historical allegations of sexual assault. That such a complaint was being investigated by the Independent Office for Police Conduct (IOPC) was first reported this week in the Mirror.

The latest accusations have prompted the Northern Echo to demand that the Conservative step aside until the allegations have been properly investigated.  That he has faced calls to resign from Labour MP, Andy McDonald, over the theft caution is perhaps only to be expected.  But Turner’s woes do not end there and arrive against a backdrop of accusations of Tory sleaze at Westminster.

This was the week in which the government had its MPs publicly defend the indefensible in Parliament. It attempted first to get MP Owen Paterson off the hook for a breach of lobbying rules, then did a spectacular U-turn, dumped Paterson, and in the process embarrassed many Tory MPs who had supported the bill (and the highly controversial Leadsom Amendment that sought to overturn Paterson’s suspension from Parliament). Middlesbrough South and East Cleveland MP, Simon Clarke, was one of those. On 3 November, he posted on Facebook his reasons for supporting the government (here), shortly before the bill was abandoned.

The Leadsom Amendment was also supported by Darlington MP, Peter Gibson, and Stockton South MP, Matt Vickers, neither of whom felt the need to explain their actions to their constituents.  (Redcar MP, Jacob Young, abstained, while new kid on the block, Hartlepool MP Jill Mortimer, appears to have smelled a rat straight away, and voted against the amendment, as did Labour’s Andy McDonald and Alex Cunningham). Elsewhere in the country, Tory MPs expressed their anger at being hung out to dry by the government.

But just as Paterson, recognising that the game was up, announced his resignation as an MP, Turner stepped into the spotlight. His colleagues in the region had the opportunity to voice their support for him as they had done the day before for Paterson. Unlike the Paterson debacle, where many MPs supported him, not because they had any direct connection with him, but simply because they were obeying the whip, relationships between Tory representatives in the Tees Valley were much closer.

Turner had, after all, been chief of staff for both Clarke and Redcar MP, Jacob Young, before his election in May as PCC. Thus, while their support for him during his election campaign is a given, it would be not unreasonable to assume that they had a hand in promoting his selection as candidate in the first place.

In his current role he presumably also works closely with Ben Houchen. Houchen’s very forthright views given in  the local press  about the inadequacies of Turner’s predecessor, Barry Coppinger, would indicate that the work of the PCC is of particular concern to him.

So, Turner may have expected that, when the Mirror story broke, his fellow Tories would have rallied round to voice their continuing support for him.  As it turns out, however, that hasn’t happened.  On Thursday (4 November), a reporter from the Gazette approached local Conservative MPs as well as Ben Houchen for comment.

The response?  No response.

When Labour MPs and supporters declare him unfit for office and demand his resignation, he can lightly dismiss that as being partisan (in some cases, quite reasonably).  But the silence of his erstwhile colleagues is of a different order.

Clearly, they’re distancing themselves from him. The question is, why?

That they may consider the allegations made against him to be credible, does not, of itself, account for their shyness. After all, the evidence against Owen Paterson was convincing, but that didn’t stop 250 Tory MPs from supporting him.

Are there other things about Turner that they find unpalatable?

Perhaps some of them are a little wary of his association with controversial pub landlord (owner of Stockton’s George Pub and Grill, promoted by means of, amongst other initiatives,  the now notorious ‘would you punch your ex for a free steak?’ advertising campaign).  During the PCC election campaign, Turner produced a video in which he was interviewed by Harker.  They remain friends, as it appears:

On the other hand, not all of them find Harker objectionable.  Stockton South MP, Matt Vickers MP, has also been along to visit:

Or perhaps they are discomfited by Turner’s predisposition for petulant outbursts on social media, which, on at least one occasion in 2019, earned him censure for violating Twitter rules:

Do they just regard him as a loose cannon?

Whatever the reason for the ostracism by his erstwhile colleagues, Turner is currently putting a brave face on a dire situation.  We await further developments.