The North East Ghost Stories continues with a chilling tale of a vampire, who was a servant at Alnwick Castle in the 11th century 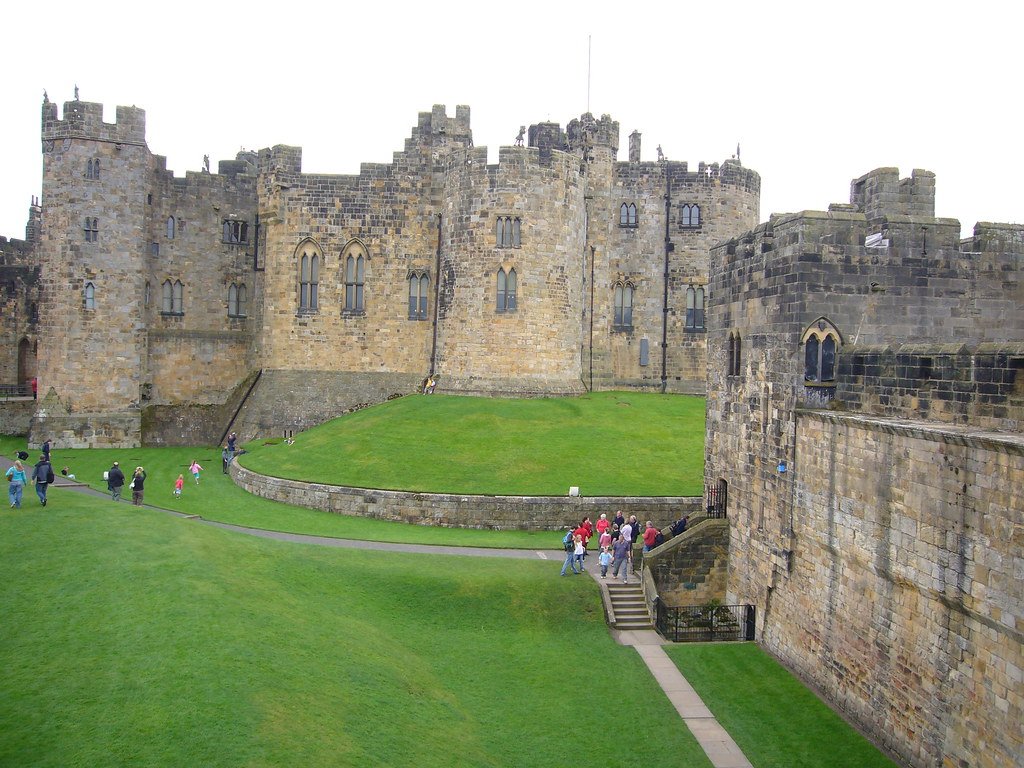 In the eleventh century our protagonist was a servant to Lord de Vesci of Alnwick Castle, a couple of hundred years before the Percy family bought it. It still remains in the Percy family and the current owner is Ralph Percy, the 12th Duke of Northumberland.

But that’s irrelevant so let’s get back to the matter at hand.

He – his name is not recorded – had quite a reputation as a thoroughly nasty person. As to what form that nastiness took, again we don’t know, but I’m willing to bet that, as is the way of such people, part of his nastiness included fornication. He might even have indulged in a bit of wife-beating on the side. Again, we don’t know but I suspect it would be a pretty safe bet!

Anyway, what was sauce for the gander was definitely not sauce for the goose, for he became aware – or at least suspected – that his wife had taken a lover herself. Determined to catch her in flagrante, he climbed onto the roof of their house to spy on her.

Whether it was a thatched roof or weak wooden one we don’t know – this tale is full of “don’t knows”! – but he fell through it and crashed to the floor, fatally injuring himself. As he lay there dying, he cursed his wife.

Did he also curse her lover? That’s right – we don’t know.

He must have taken some time to die for he was asked if he repented of his sins and refused to do so in no uncertain terms. Exactly what words he used, we don’t know, but I think we could probably hazard a guess!

So he died, unlamented, unshriven and unblessed.

Soon he was seen wandering through Alnwick at night, wafting with him an appalling stench of death and corruption. The good people of the town were so frightened that they took to locking themselves in their houses as soon as darkness fell.

By some strange coincidence (or was it really coincidence?) cases of plague, always a threat throughout the Middle Ages, began to break out, and quite a few Alnwick folk died.

Fear ran rampant throughout the town and quite naturally the uneducated, simple inhabitants linked the foul smelling figure to the pestilence which afflicted them and that compounded the fear until, on Palm Sunday, the local priest gathered together a party of the more courageous of his flock and they went to dig up the dead man’s grave.i

He was not, they discovered, buried six feet under (although he had been!) but almost at the surface with just a light covering of soil. The stench of corrupted flesh was overwhelming and the body was swollen to almost twice its size in life. Its face was bloated and its complexion pink rather than white.

A couple of the braver souls took their spades and hacked at the body, cutting it to pieces, and out of it flowed gallons of fresh, hot blood – sure proof that this was indeed a bloodsucker!

The body was taken outside the town and burned to ashes so that nothing remained, thus bringing an end to the Vampire of Alnwick.

And this is not modern horror tale, inspired by Bram Stoker (or even Harry Potter, who does have Alnwick connections!) but has come down to us from the twelfth century chronicler William of the Augustinian Priory of Newburgh in Coxwold (not far from Thirsk) in his Historia rerum anglicarum (History of English Affairs).

He tells a number of tales of reanimated corpses which are brought back from the dead to haunt the living; they are not ghosts or even vampires (that term isn’t used until hundreds of years later) but are much more like the walking dead – zombies. However there is no record of that word being used before 1871, so this tale ought really to be entitled The Alnwick Revenant!

(Doesn’t have quite the same impact as “Vampire” though, does it?)