The iconic Angel of the North in Gateshead turned 24 this week. James Rippon reports on the artist and the Angel's history. 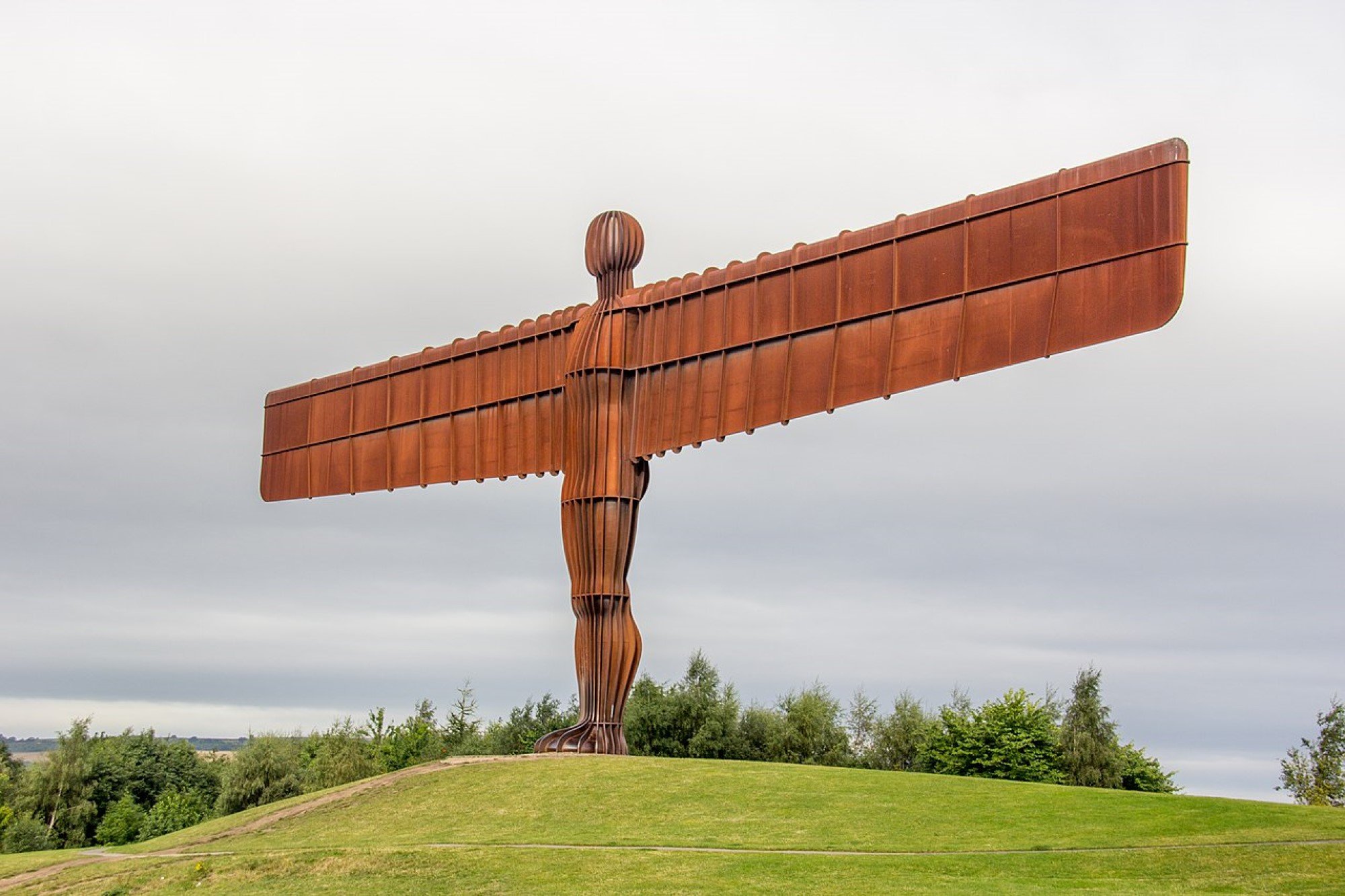 Angel of the North - Photo by Mike Peel

On 15 February, the Angel of the North, a well-known 65 feet high cor-ten steel sculpture situated in Gateshead, has turned 24 years old since its inception in February 1998.

As it is located on a hilltop by the A1 it is to be said that it is indeed always in the eye of the public, and thanks to this it is always seen as an iconic image of Gateshead and of the North East as a whole. However, the Angel has not always had a warm reception.

The location of where it currently resides was previously colliery pithead baths, of which by 1990 it had closed. It was then reclaimed and earmarked for a future sculpture.

In 1994, the sculptor Sir Antony Gormley was selected as the winning artist to design a new sculpture that would soon become the image of the North East.

Most of Gormley’s works are known to use the human body as its subject, with his own body used in many works as the basis for metal castings.

One of his works include ‘Iron: Man’ (1993) located in Victoria Square, Birmingham to represent the traditional skills of the city during the industrial revolution.

The idea of themes had also translated to the Angel of which Gormley states:

“The angel has three functions – firstly a historic one to remind us that below this site coal miners worked in the dark for two hundred years, secondly to grasp hold of the future, expressing our transition from the industrial to the information age, and lastly to be a focus for our hopes and fears – a sculpture is an evolving thing.”

His works have garnered attention from across the country, granting Gormley an OBE in 1998 and a knighthood in 2014. Despite this however his works have generated some controversy with the Angel of the North being no different.

Initial controversy and near instant reconciliation

There was a wide range of complaints made by local newspapers and politicians with both groups expressing concerns about the potential for traffic accidents resulting from the statue’s proximity to the A1 dual carriageway, and for potential interference to television reception.

Other simpler complaints were simpler like it being a waste of money or it potentially spoiling the view.

There were also some extreme comparisons from certain newspapers, for instance the now defunct Gateshead Post compared the Angel to a 1930s Nazi Statue.

The generally negative mood of the sculpture seemed to have almost change immediately once it was unveiled to the public.

Lord Gowrie, chairman of the Arts Council, who officially unveiled the Angel called it a “piece of public art unique in the history of this country”. With him adding that in time it should be compared to the Eiffel Tower.

The presence of the Angel had even impressed a committed opponent Jonathan Wallace admitted that:

How it is celebrated

There does not seem to be any major plans to celebrate the Angel’s 24th birthday, however this is not to say that the Gateshead Council has not recognised the iconic status of the angel.

On the 20th Anniversary of its creation, in 2018, there were events, exhibitions and workshops made by the Council. For example, there was the Angelic Jewellery Making Workshop in the Gateshead Central Library, in which the customer could create a piece of jewellery inspired by the angel.

The Royal Mint also got involved in the anniversary celebration by making the Angel one of the 26 new 10p coins of 26 iconic items, with one other being the zebra crossing. Thus, showing how the Angel of the North is in fact is both an icon for the north and the whole of the UK itself.

Do you want to visit?

On the Gateshead council website, it states that the Angel is completely accessible to the public 24 hours a day and seven days a week.

This theme of accessibility is also helped by the fact that it is quite literally located very closely to the A1 making it easier to locate.

For more details on how to travel to the Angel of the North, visit the Gateshead Council website.

I matter because you matter