Julie Ward reviews 'The Body on the Moor', a historical and creative production by Drama in the Dale at Killhope Mining Museum. 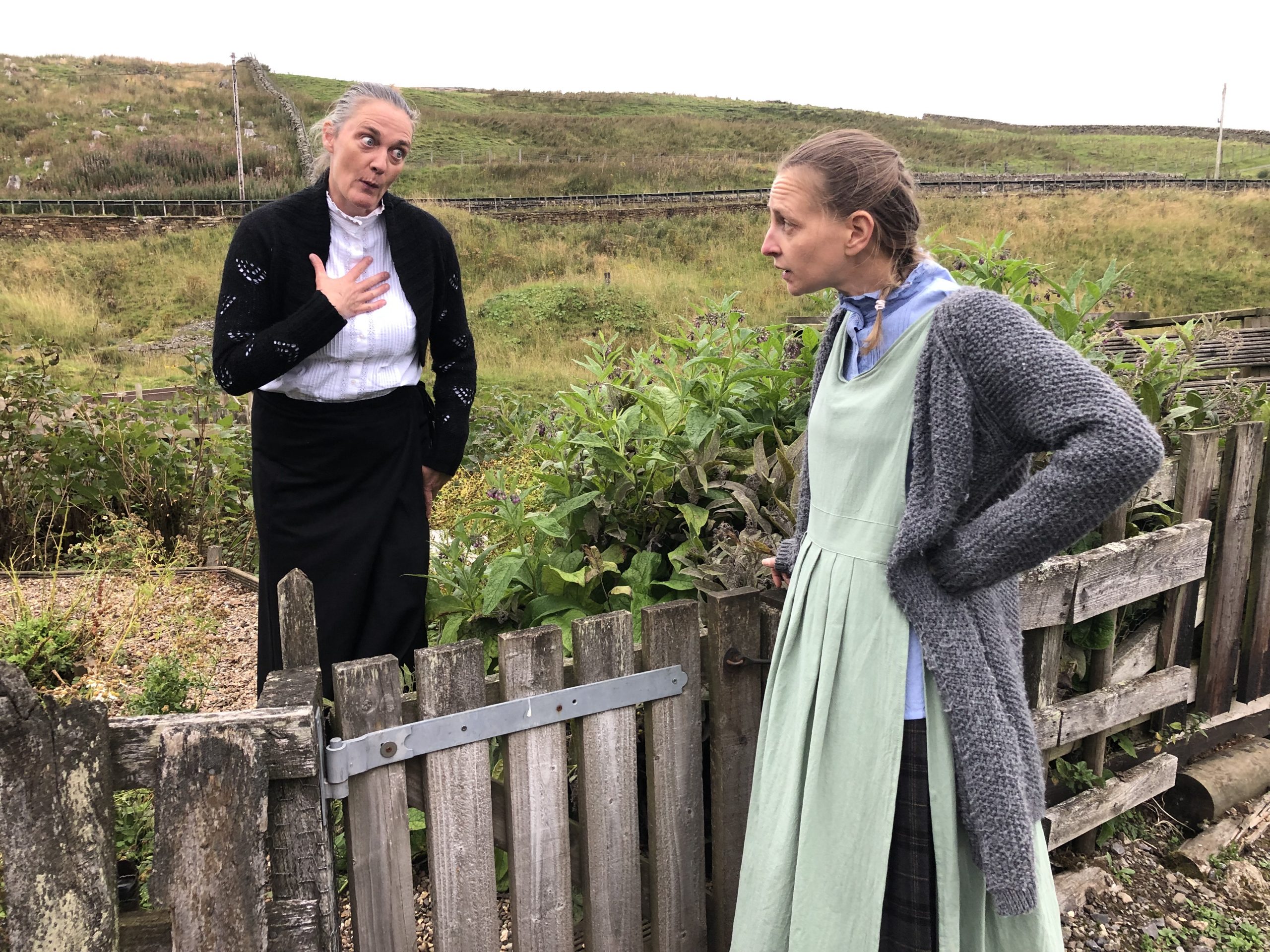 All photos in this article by Julie Ward

Everyone loves a good gossip and none more so than the folk of Weardale. And there’s nothing more juicy for gossipmongers than sex and death. These abiding human interests were skilfully woven into a recent outdoor theatre production by Drama in the Dale, a thriving community play organisation that I helped to found almost a decade ago.

Since the inaugural production (inspired by a key chapter in Weardale history) performed in a makeshift theatre in a barn in Stanhope, the group has tackled several Shakespeare plays and delighted audiences with productions in Harehope Quarry and other unusual venues in the locality.

The group’s latest offering was a murder mystery performed to sellout crowds at Killhope Leadmining Museum over two weekends in September. ‘The Body on the Moor’ was inspired by real events offering an opportunity for historical enquiry through a creative lens which produced an accompanying exhibition displayed inside the museum for audiences to view before and after the performances and in the obligatory interval along with a cup of hot chocolate.

A newspaper report from a century ago detailing a grisly find formed the basis of a year-long project for the group, bringing together professional artists and historians to work with locals and the wider online community, resulting in a thrilling promenade theatre production involving a wide range of local talent.

In December 1921 when a corpse was discovered on the moor, tongues would certainly have been wagging ten to the dozen and maybe ghosts from the past were awakened from their slumber?

This production made good use of the unknown as well as the known, exploiting our fascination with the past and the world beyond the grave. There were gossips and ghosts a-plenty as spirits rubbed shoulders with historical figures and invented characters, and also with each other, as the drama took us back and forth across the centuries in a refreshing non-linear fashion which kept us guessing right to the end. In fact, the mystery remains a mystery to this day although the deceased was given a decent burial by locals.

The itinerant audience were led around the museum grounds from leadminer’s cottage to allotment, to paths overlooking the ‘washing floor’ where malnourished boys had once sorted and washed the mined ore in freezing water.

But this story mined deeper seams than simply the dale’s industrial heritage. A popular theory suggested that the disturbed corpse was the hastily buried body of a Jacobite rebel retreating after a skirmish at Clifton near Penrith. This and other theories inspired the project research group to undertake intensive historical investigation learning as much about flat knit stockings and metal buttons as they did about decomposing human remains buried in peat.

Love interests were strongly to the fore in the production, with touching scenes of a developing but doomed relationship between an injured soldier and local merchant’s wife, played by Michael Daynes and Hollie-Ann Coleman. A sword fight between the jealous husband and the soldier was artfully choreographed and our hearts were in our mouths as blades clashed in the open air.

Meanwhile, the trials and tribulations of love fuelled gossip in the local hostelry where regulars speculated about men who had gone missing, and the hard pressed landlady tried to hide her pregnant belly.

Music and song play an integral part in Drama in the Dale’s work and we were treated to talented local musicians as well as the haunting voice of Thea Beyleveld playing the part of a ‘wise woman’. The cast included several children whose cheeky escapades kept us amused, as too the toilet humour on display in a scene played out from both within and without the museum’s onsite ‘nettie’.

A mention must go to historian Dr Barbara Crosbie and playwright David Napthine who mentored members of Drama in the Dale during lockdown to build possible scenarios and put flesh on the bones of fragmented evidence and much conjecture.

A few weeks after the final performance I was invited to a Drama in the Dale ‘immersive dining experience’ with live music and themed food and drink, straddling 3 centuries and inspired by the production. I can genuinely say that the hot beer with rum and molasses transported my tastebuds as promised. Here’s to the next production from this wonderful community enterprise.

Revealed: the sewage capital of the Tees Valley