Georgian flag by MarinaDa from shutterstock

There are democratic and cultural ties, that connect Great Britain to Georgia, 2900 miles to the East.

Georgia, Russia and Ukraine: some background

Georgia was invaded by Russia in 2008. The two sovereign regions of South Ossetia and Abkhazia remain occupied, a strategic development meant to prevent the Georgian government from joining NATO. Here is the strategy now in plain sight as the Donbas region of Ukraine and loss of access to the Black Sea, ties a strangle hold around the economic life of Ukraine.

The vast agricultural output of Ukraine cannot travel by land as railway gauges change from the Western border of the country, a preventative measure against invasion logistics, trains resupplying an invasion force from WW2. This is now made worse by the irony of damage to rail and road infrastructure, as the Russian army tries to prevent the heavy arms requested from the West reaching the outnumbered and outgunned defenders in the East by rail; their railway gauges are unsurprisingly the same. The majority of agricultural output, wheat and sunflower oil, are bulk carrier cargo by sea, now impossible with a blockade in place by the Russian Navy.

Georgia too is economically tied to Russia, especially essential goods from fuel, to gas down to sugar and coffee, now in short supply across the country as prices soar. The Caucasus Mountain range, higher than the alps and more remote, spans the beauty of Georgian countryside, by repute the origin of the grape vine. Ancient disputes have met here where the East of Europe abuts the West of Asia.

Religious connection between the UK and Georgia

The lands that now comprise the United Kingdom and Georgia used to be one under the Roman Empire. British and Georgian clergy were present and accepted the resolutions of the Great Council of Nicea of the 4th century, in which clergy from across the Roman Empire and even beyond its borders were called to an Ecumenical Council in response to the Arian controversy. This state of affairs would continue until the events of the Great Schism of 1054, which divided Eastern and Western Christendom from one another.

Another interesting link by which the countries are connected is by that of the origins of both countries’ national flags. England’s current national flag, the cross of St. George, is an acquisition from the Middle Ages, in which the Plantagenet kings of England engaged in constant intervention and expeditions into continental Europe and the Mediterranean, the most infamous examples being, the Crusades. It was during this contact with the Christian East that we adopted the symbol as our own.

The red cross of St. George had been in use in Georgia since its conversion to Christianity in 319AD, as the flag of the ancient kingdom of Iberia. The symbol endured the test of time and was still used as a national symbol of the Kingdom of Georgia during its golden age in the 12th century. It was in this time that the cross of St. George took root in England, first being adopted by the city of London in 1170. Over time, the flag and St. George himself were adopted by the Kingdom of England in full. Therefore, we have another link as to this day, Georgia still flies the cross of St. George on her flag as do we and he is the patron saint of both countries.

The Georgian legion, now fighting in Ukraine, represents a homage to the international brigade of the Spanish civil war, a collection of foreign fighters, united under the Georgian banner. They are now fighting with weapon systems supplied by the West.

The ability of Georgia to defend itself from both future economic manipulation and further loss of territory by Russia, does represent a further escalation of the emergency now enveloping the region. The Georgian people are fiercely independent and a proud nation with an identity as unique as Ukraine. The UK government has a moral duty to support the people of this country in their struggle to sustain their identity and economic development. The further irony is the ever-increasing presence of Russians crossing from the border with Russia, over 35,000 now living in the capital Tiblisi, mostly unwelcome in a country still bruised from the 2008 invasion that stopped 40 miles short of the city itself. As Russian holiday makers can still fly into and holiday in Turkey, bordering to the South of Georgia, the old politics of the region from the Crimean war, onwards, casts a dark shadow on the future of the whole region bordering the Black Sea once more. 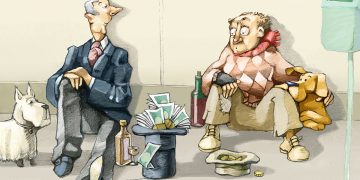 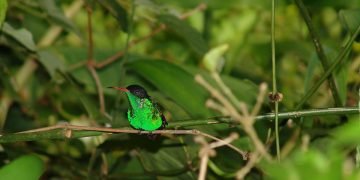