I would give the Prime Minister a grade U 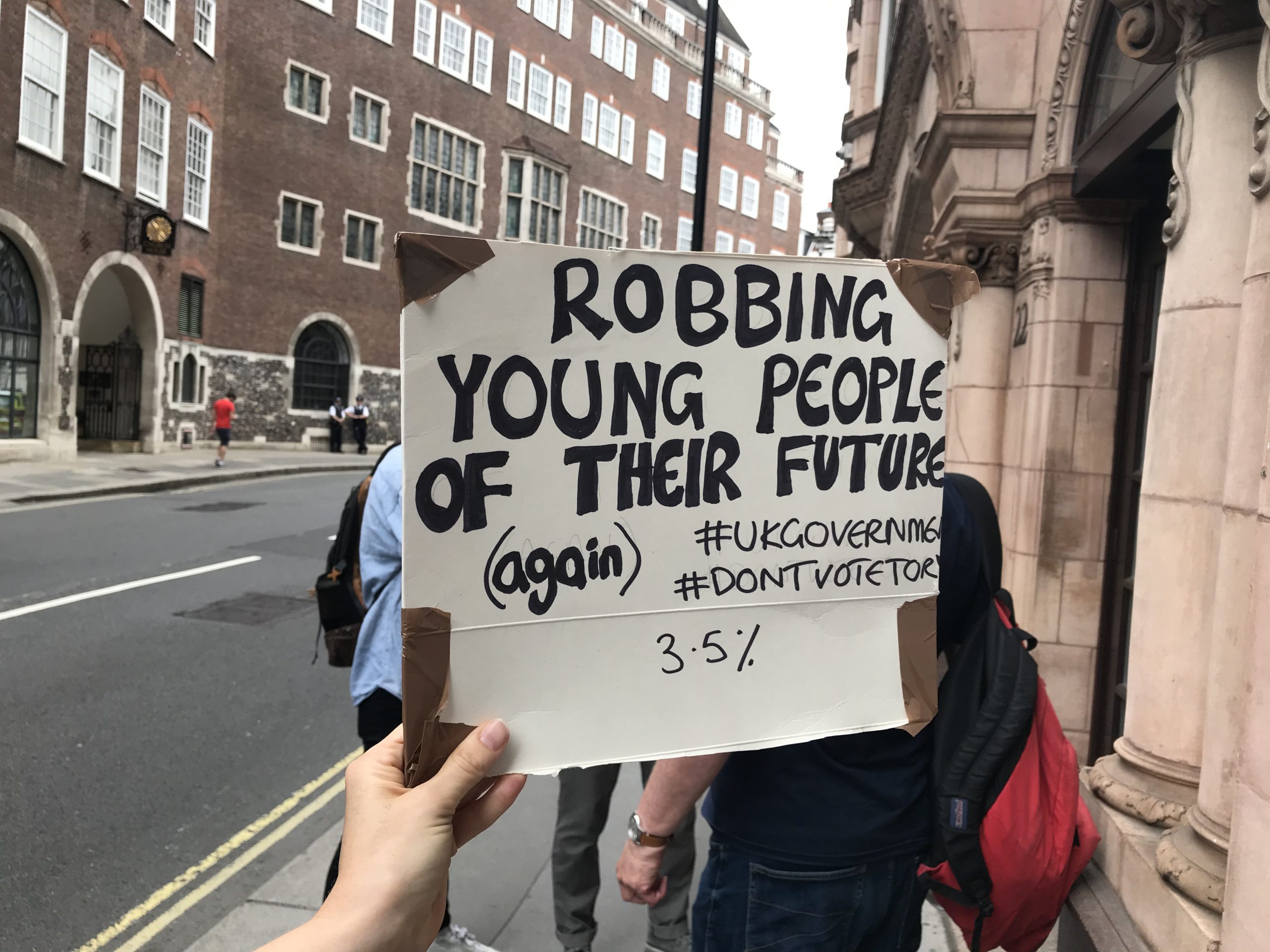 Education should be an essential part of a thriving vibrant democracy. However, on Thursday 14th August when A-level results were released this concept was in question.

I had the opportunity to join a student led protest outside both Downing Street and the Department of Education on Friday 14th August. My daughter is scheduled to receive her GCSE results on Thursday 20th so I have more than a passing interest in supporting a student protest.

The story was the same everywhere: the computer had robbed them of their futures and their dreams were shattered. The stories were heart-breaking and often there had been a great personal struggle or challenging family circumstances. Students were determined not to let anything hold them back

One exceptionally articulate young woman spoke about race and the fact that her postcode was against her. The computer said no and had downgraded her twice. A teacher who spoke from an inner-city London school in a deprived area, said 47% of his school grades had been downgraded.

All of these students had one thing in common: they had all worked hard, been diligent students but they lived in the wrong postcode and went to a state school.

The protest was small but vibrant, full of passion and anger and encouragingly was getting huge media attention, but this was the day after the results were announced so many students did not yet know about the protests.

Returning home, I felt uplifted that here were young people engaged in political activism to try and right a great injustice. Sadly, this feeling of optimism was shattered on Friday evening

I was listening to BBC Radio 5 live and the programme was virtually dominated by the A-level results. A father from  the midlands phoned  in  and was interviewed by Stephen Nolan  the presenter  He began his story  by saying  he had lost his wife to  cancer a few years previously  and that his  daughter was determined to be become a oncology doctor. She had been an A* student throughout her GCSE results in her state school and this had continued into the sixth form with all her chosen subjects. Her predictions had been A*s in all her subjects.  The father was distraught as his daughter was downgraded twice and missed out on her university place.

Meanwhile the government somewhat reluctantly announced it would pay for all appeals. Ministers said a robust appeals system would start immediately

But the harm has already been done. Students have been stressed for months about their grades, career and university choices and severe mental health issues will not be surprising.

As the programme continued the front pages of the Saturday papers were read and the lead story from the Guardian suggested that two million GCSE grades may be downgraded. This is a real worry.

The Westminster government had months to prepare a fair system for these results, but they failed. They decided on a methodology that discriminated against those from poorer backgrounds and who attended state schools

So, what grade do we give the Prime Minister and the Education Secretary?

I suggest a U.