As the Crossrail Elizabeth Line opens this week, David Walsh comments on what this says about London - and the North East 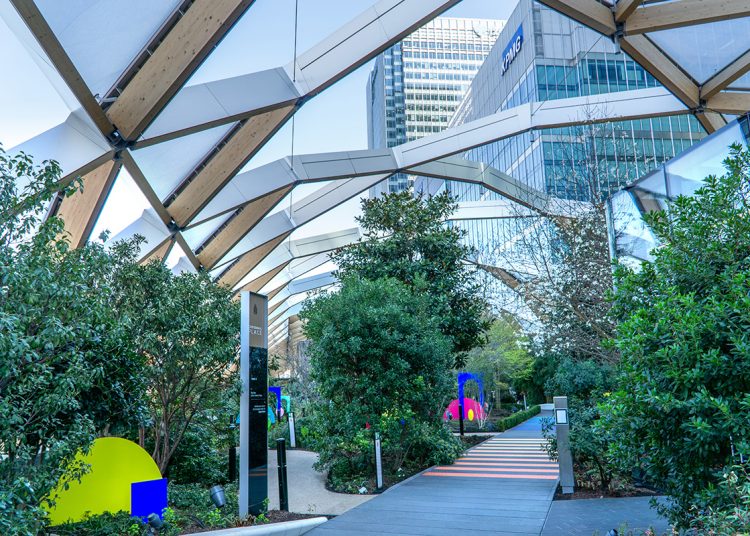 Expect a lot of uncritical ‘Oohing’ and ‘Aahing’ in the media early this week as the Crossrail Elizabeth Line opens. This will be an expression of sheer voyeurism at the unveiling of a feat of engineering and design excellence designed solely for the benefit of those who already have, at the expense of those (like many in the North East) who are very firmly among the ‘have nots’.

It’s exciting news for train nerds, as after many decades it appears that Crossrail is finally going to open. It’s a good thing. But if you were a grumbler, you might notice that it’s another big train line in London, the home of the best public transport in the UK by a spectacular distance. Of course, London is much richer and still growing in the forcing house of unbridled capitalism. Economically, the UK is hugely dominated by London and to a lesser extent the South East. The North and other regions are far worse off: London’s GDP per capita is about double that of the North West, North East and Yorkshire and the Humber.

The difference between London and the North East

Possibly coincidentally, but probably not, London also has the best infrastructure in the UK. It’s not just public transport – it’s also has many big science hubs like the Crick Institute, it has many big universities, top hospitals and medical schools. It also has better broadband, it’s got the BBC and the actual government and for the average member of the citizenry there, an unconscious assumption that if he or she has to wait– say – on a seven mile journey from Finsbury Park to Brixton or a quick dash home to Leyton from the glitz of the Oxford Street stores – no-one is likely to have to wait for more than three or four minutes for a Victoria Line or Central Line tube pretty well door to door.

By contrast, if I were to try to get from Billingham in Teesside to Nunthorpe on the south side of the river which is roughly the same distance it would take me an hour, at least, on buses that only come every 15 minutes in the day or just once an hour after dark.

An Institute for Public Policy Research report says that annual spending on public transport in the ‘northern powerhouse’ region is about £305 per capita, compared to about £709 in London.

The roots of this disparity – a disparity which widens every year and is going to receive a supercharged boost this week when the Elizabeth Crossrail opens for business – lie in the Treasury ranking methodology for infrastructure spend which has at its foundation the concept of ‘net present value’ (NPV). In geek speak this is put at its simplest as ‘the sum of future discounted benefits minus the sum of future discounted costs’, and it doesn’t need a Harvard or Oxbridge economics doctorate to realise that if your economic escalator in heading upward at speed, the benefits it is already accruing will be more than handsomely multiplied many times over in years to come.

Which is why the Elizabeth Line will be so lavish. A Guardian article by their architectural critic, Rowan Moore puts it in context:

“The longest mediaeval cathedral in the world, Winchester, is 558ft from end to end. The new stations on the Elizabeth line are 788ft or more long, and sometimes nine or ten storeys underground …The Paddington Crossrail station mirrors, exactly, the surface dimensions of Brunel’s Victorian behemoth above it … The line sprinkles real estate fairy dust everywhere it goes.”

“Woolwich, the military and ex-industrial district of south-east London, whose connections formerly consisted of buses, sluggish trains and a quaint but cumbersome ferry across the Thames, now finds itself 15 minutes from the City of London. Here sprout the towers and blocks of a 5,000-home development by the Berkeley Group. Through the centre of the city, high-specification office buildings and apartment blocks are blossoming fertilised by all the underground engineering below their piled foundations.”

In London no one seems to feel that all this is – say – rather economically destabilising to a country supposed to be ‘levelling up’. They have all been bitten by the vista-mongering virus. No matter which rosette you sport, the rhetoric is the same. The prime minister says “it is spiffing” whilst Labour mayor, Sadiq Khan, says it is “A tonic for the Capital”. Even – amazingly – the Green Party is exultant: their London assembly member and former leader Siân Berry is at one with Boris Johnson. “It’s genuinely a really, really good project”, she says. “It’s game-changing for London.”

Now there are no reasons why we need sneer at high class engineering or world beating design. After all, the London Underground was built on just those principles. But it was a restrained, rather arts and craft suburban essence of design, as befitted an interwar London ruled by social democrat extraordinaire, Herbert Morrison.  As Rowan Moore said:

“There are the more restrained structures – such as the chaste rotunda and semi-rotunda that respectively stand over Arnos Grove in north London and Chiswick Park in the west – built under the leadership of Frank Pick, who was chief executive of London Transport in its glory years in the 1930s. These are elegant and considered, with touches of quality in bronze or stone, part of a unified vision of a well-designed public service that also included signs, typefaces, advertising and the famous Pick London underground map.”

Today’s Elizabeth line reflects more a retro reflection on the gung-ho boosterism of the City of London in the Thatcherite ‘big bang’ of the 1980s. Lots of sweeping visas, marble and terrazzo hiding high prices and seclusion for the wealthy and profit maximisation for the private sector partners. A Canary Wharf that’s morphed into a swooping eagle. But no one (apart from curmudgeons like me) are going to grumble I expect. Even the Guardian, once the voice of non-metropolitan England, gave two cheers:

“Maybe there is a better, smarter £18bn theoretical transport project than the one that is about to open, that will never be seen. But, for now, the natural reaction to the Elizabeth line is to be deeply impressed.” 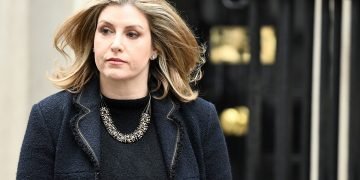