Populism requires hate targets as well as the illusion that there are simple solutions to complex problems. 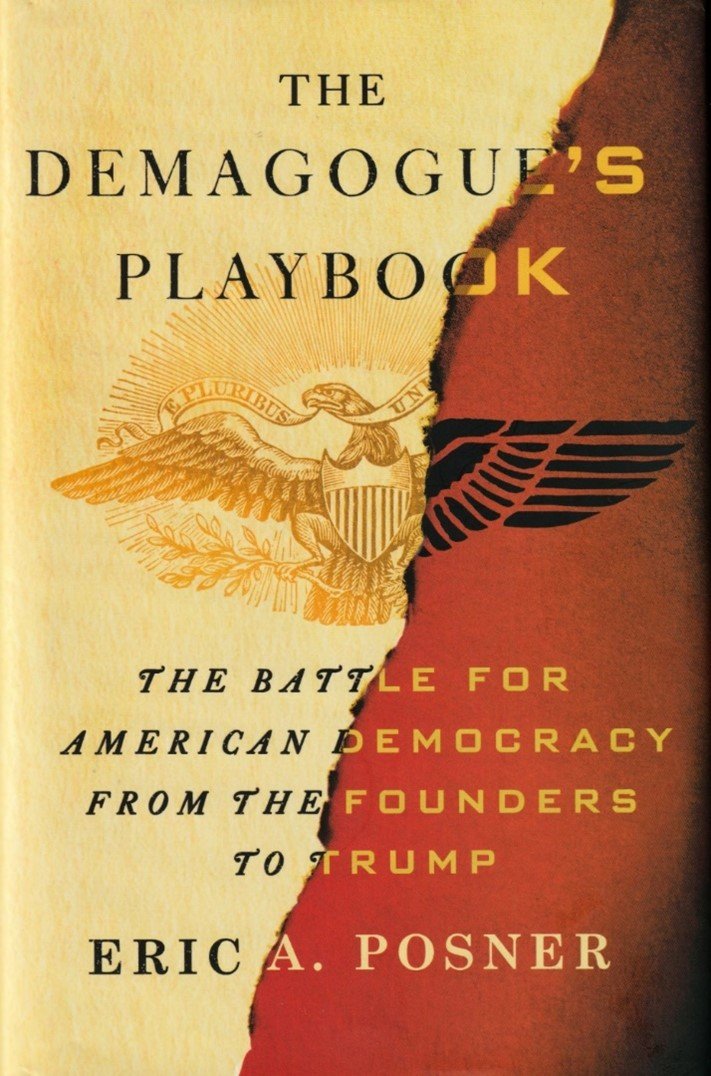 The demagogue’s playbook. The battle for American democracy from the founders to Trump. Eric A. Posner All points books. 30 June 2020. 310pp

The title of this book by Eric Posner is The demagogue’s playbook, but it could have been The populist’s handbook. Is there much difference between these two terms? No doubt Donald Trump, to whom the last chapter is dedicated, is both a demagogue and a populist. As for Boris Johnson, who Joe Biden described as “a physical and emotional clone” of Mr Trump, his populist brand is slightly different, but not much.

The book was published on 30th June 2020. Thus, it does not include the latest events in the Trump’s saga: the failure to grapple with Covid-19, the stoking up of racial tensions and the attempt to subvert the presidential elections results.

Eric Posner starts his book by describing the distinctive features of demagogue populists: you could say this is their playbook.

Hitler blamed the Jews. Contemporary populists tend to blame migrants or asylum seekers, though ethnic and sexual minorities are also frequent targets. Populists usually stir up nationalism: this requires blaming other countries or supranational institutions, like WHO or the EU.

Populism requires hate targets as well as the illusion that there are simple solutions to complex problems. Thus, the Italian populist leader Matteo Salvini would pretend that refusing the entry of asylum seekers would resolve most of Italy’s problems. If only.

The US Founding Fathers were aware of the risk posed by populist demagogues: “History will teach us … that of those men who have overturned the liberties of republics, the greatest number have begun their career by paying an obsequious court to the people; commencing demagogues, and ending tyrants” (Alexander Hamilton, Federalist 1).

Eric Posner presents Andrew Jackson as the first demagogue to be elected as US president in 1829. Joseph McCarthy joins the gallery of the American populists: he is the senator whose unproven allegations of widespread communist infiltration in the US federal government had resulted into an unjustified witch hunt: senator McCarty political career ended in disgrace.

Although this book is about US populists, it reminded me about Italy’s best-known populist: the fascist dictator Benito Mussolini.

Mussolini wanted to make Italy great again and restore the “glorious” past of the Roman Empire. Donald Trump had a similar empty slogan: Make America Great Again. Boris Johnson and other Brexit leaders promoted the myth of British exceptionalism: the idea that Britain is inherently superior and, once unshackled from the EU, it would go back to its imperial glory.

The EU did not exist at the time of Mussolini. However, he still found a way of blaming other European countries starting with the UK and France, that he accused of being hostile to fascist Italy because they were demo-plutocracies. Mussolini had also exploited the myth of a “mutilated victory”, the claim that the UK and France had not given Italy adequate territorial gains after its participation in WW1.

There are, though, important differences between fascism, which embraces a systematic use of violence, and populism. Fascist dictators tend to be populists, but not all populists are fascist. As Federico Finchelstein, a professor of history, summed it up: “fascism is never a democracy, while populism undermines democracy, but doesn’t remove it.”

Plans to rename an 'inappropriately named road' by Ben Houchen