The 2016 referendum on our EU membership was intended as an exercise in democracy, but it failed in many respects. 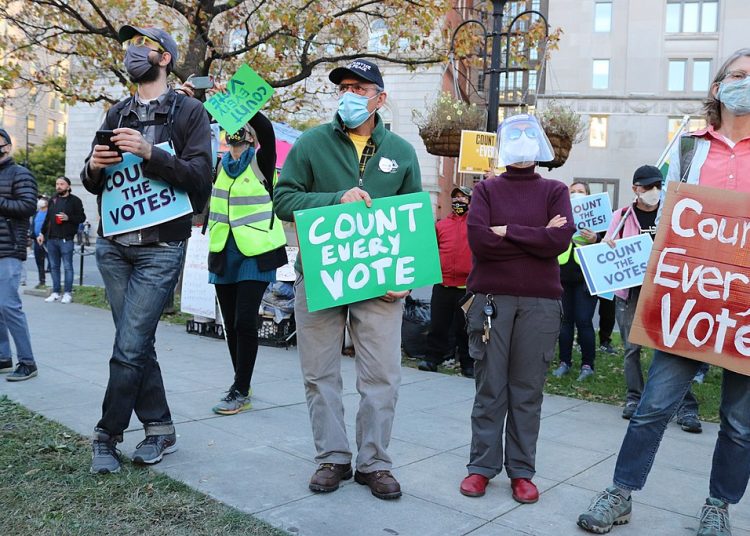 When Donald Trump saw that he was losing the election, he repeatedly called to “stop the count”. Here in the UK nobody cries “stop the count” but many votes do not count.

When Boris Johnson’s trade agreement is presented at the UK Parliament it may take one day to wave through a complex 2,000-page document, whereas the scrutiny by The European Parliament may take more than one month. Are we going to see a repeat of the Withdrawal Agreement farce? This was Johnson’s ‘oven-ready’ deal that he forced through with just a cursory assessment by Parliament in 2019. A few months later, the same Boris Johnson argued that his agreement had defects that required overriding.

Johnson’s slogan was to “take control back” but he did not mean back to our Parliament, as he has consistently tried to minimize scrutiny of his Brexit and Covid-19 decisions. In September 2019 Boris Johnson went as far as unlawfully shutting down Parliament.

The 2016 referendum on our EU membership was intended as an exercise in democracy, but it failed in many respects. The reality of our EU membership was compared with a nebulous Brexit project: many UK voters thought they were voting to retain a close relationship with the EU as Norway has. After a 51.9% majority in the referendum vote, an ideological minority has taken control of the Conservative Party and is imposing a hard Brexit.

Many of those who voted to remain in the EU watched the 2016 referendum campaign with dismay. David Cameron was not a suitable leader for a Remain campaign: he overplayed the economic argument whilst failing to make the point about the importance of partnership and collaboration.

Subsequently, the People’s Vote campaign argued about the need for a confirmatory referendum. There were protest marches attended by up to one million people and the petition to revoke article 50 had more than 5 million signatures. It was the most-signed petition ever submitted to the UK parliament.

In countries where referendums are regularly used as an expression of direct democracy, such as Italy or Switzerland, this number of signatures would have triggered a second referendum.  If we allow referendums, we need to allow a democratic mechanism to reverse decisions.

However, the vote in 2016 became an irreversible plebiscite. David Cameron’s aim, after all, was not an exercise in democracy but the elimination of the UKIP Party. After the referendum results, implementing a hard Brexit was the best way for the Conservative Party to eliminate Nigel Farage’s competition.

Some might argue that Boris Johnson policies have been sanctioned by the general election in December 2019, which gave a Tory majority of 80 MPs. However, the Conservatives had less than 44% of the vote, whereas parties supporting a confirmatory referendum had 52%.

When Donald Trump saw that he was losing the US presidential election, he repeatedly called to “stop the count”. The count continued and Joe Biden was duly elected. In the UK elections nobody cries “stop the count”: however, many votes are counted but do not count.

Usually, ten or twenty per cent of the UK electorate votes for either the Lib-Dems or the Greens but their vote is effectively suppressed. In the 2019 elections the Conservatives had one MP for each 38,000 votes, Labour needed 51,000 votes for one MP, but it took 336,000 votes for each LibDem MP and 866,000 votes for the single Green MP.

What we have in the UK is ‘minority rule’: parties with just about 40 % of the vote (or less) can have a parliamentary majority. In the past a Tory minority imposed a severe austerity, now they impose a hard Brexit.

In the US ‘voter suppression’ has been used as a strategy to favour the Republican Party. There has been voter suppression in the UK as well. There are large numbers of EU nationals who have lived in the UK for decades but are not allowed to vote. Conversely, Commonwealth citizens have an automatic right to vote if they move to the UK.

In 2019 Boris Johnson opposed an amendment that would have given EU nationals settled in the UK the right to vote in the general election. For Boris Johnson, these EU nationals are just ‘guest workers’ rather than citizens.

There is a democratic deficit behind Boris Johnson’s policies. Electoral reform is desirable.