By 1850 many of the technical problems of safety in the north east coal mines had been solved. This did not mean a completely smooth ride though 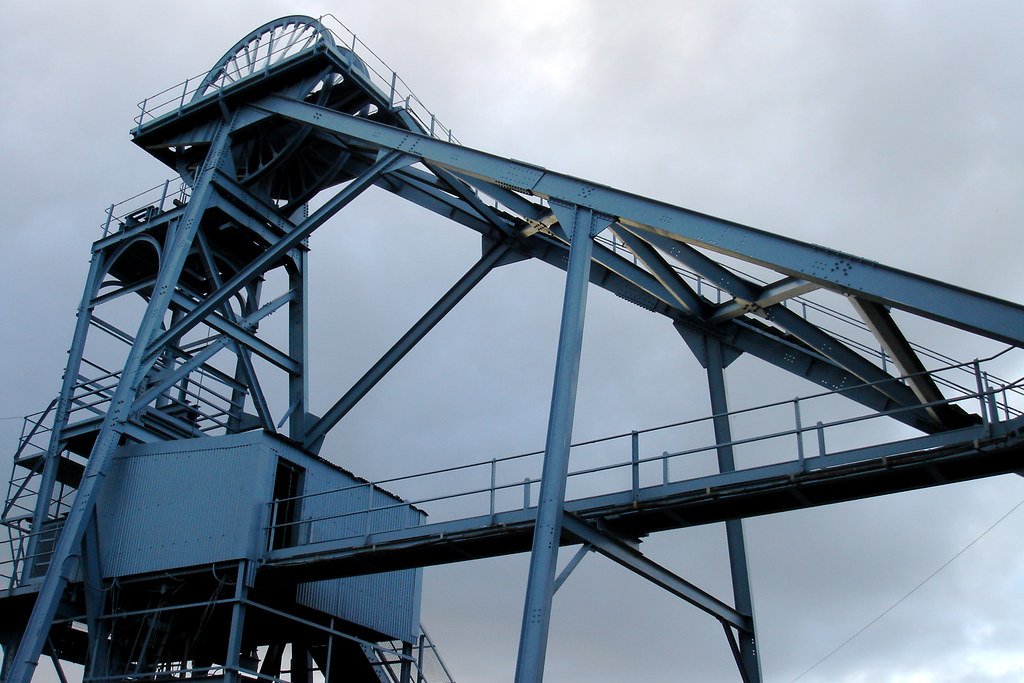 By 1850 most of the technical difficulties affecting the safety of coal mines had been solved. For instance, while there were admittedly certain defects in the Davy lamp it only became dangerous when ventilation was imperfect. And there is no doubt whatsoever that it was a relatively simple matter to provide the perfect ventilation.

With regards to the inundation of mines it was possible to eliminate these by careful checking of old workings and by taking the precaution of making bore-holes in the galleries through which sudden accesses of water could quickly drain.

The fact is that in 1850 the mines were still in a dangerous condition, not because of any lack of technical knowledge, but because technical improvements were either ignored or misused. After 1850, this situation was righted and conditions of safety steadily improved due almost wholly to inspection and successive legislation.

From the first, the government chose their inspectors well. Mathias Dunn, inspector for the Northern District was for instance:

“A well known mine manager of wide interests who had long been an advocate of state supervision.”

All were men of integrity and ability who did not confine themselves to merely finding fault, but rather set out to help and advise managers and owners, offering them the benefit of their experience and knowledge. Their suggestions were rarely resented.

The latter may seem a little strange in the light of the bitter opposition there had been to inspection, but in point of fact, a change had been gradually taking place in the attitude of management. In the past one of the greatest objections had been the fear that trade secrets would be given away to rivals. Gradually, however, came the realisation that it would be to everyone’s advantage if the best methods were shared by all.

In addition to this, the new generation of engineers which succeeded Buddle were of a different type. They were scientifically minded and were both aware of their own weaknesses and of the difficulties of their task and so tended to welcome inspection. Thus the methods of the best mines in the country came to be used by all.

The reports of the inspectors determined the nature of successive legislation. Within five years of the passing of the 1850 Act a number of very important amendments were added. These included measures to enforce adequate ventilation, fencing off unused and dangerous parts of the mine and of unused shafts, regulation of the type of rope or chain used for lowering or raising miners is in the shafts, the use of safety lamps and provision of measures to combat inundations.

In addition, accidents in collieries had to be reported to the Secretary of State within 24 hours of happening, and also the coroner had to give the inspector 24 hours notice of all inquests to be held on colliery victims so that he might attend.

Nor was this all. Further important Acts were passed. In 1872 the appointment of certificated mine managers who would exercise control and daily supervision of mines was made compulsory. In 1881 the Home Secretary was empowered to hold inquiries into the causes of accidents in mines and in 1896 the use of explosives for blasting was regulated.

The above Acts covered the more obvious causes of accidents. The less obvious causes took rather longer to remedy. The minimum age of boys working underground and the hours of work both came into this category.

In 1872 the hours of work that boys were allowed to work in a day reduced to eight, but in spite of continual union demands it was not until 1908 that the working day of adult men was regulated. The Act of this year reduced the miners’ daily shift to eight hours.

By that time, there was a vast quantity of legislation dealing with mining safety. This included regulation of shafts, roof supports, lighting, ventilation machinery, use of explosives, general safety precautions, procedure in case of accidents, minimum age of miners and hours of work. The whole of the law relating to coal mining was codified in the Coal Mines Regulation Act of 1911.

There were of course further technical improvements to lighten the work of the miner and make the mines safer. These included mechanical haulage and coal cutting, electric lighting and steam ventilation. However, bearing in mind the way in which some of the early inventions such as the Davy lamp, compound ventilation, and indeed the early steam pumps were either misused or not used at all. There is no reason to suppose that these would have fared any differently but for the successive legislation which enforced them.

At all events when the law was codified in 1911 it was everything that the early philanthropists could have hoped for.

Of course, accidents did not suddenly stop in 1850. In fact, some of the worst on record happened after this date, such as the explosion at Seaham in 1880 when 168 lives were lost, and the explosion at West Stanley in 1909 in which, strangely enough, the same number died.

Nor were the causes of these accidents always satisfactorily explained. Certainly in the case of one or two of them, it is by no means certain that they were not caused by gross negligence of a type that should no longer have been possible, as was the case for instance in the West Stanley disaster/

Here one of the government inspectors, Atkinson, was firmly convinced that unsafe lamps had been in use and also that the plans of the workings were incomplete. It is also true that in this particular case there is some reason to doubt that the inquest was conducted, as it should have been. Certainly Atkinson was not permitted to give evidence, even when he requested to do so.

The fact is that the coal owners were still powerful and influential men. Some of them were undoubtedly unscrupulous also, and would attempt to get away with as much as they could in their own interests.

However, cases like this were the exception rather than the rule unlike in the past. Generally. accidents were brought out into the open, and more often than not found to be caused by something unforseen. In other words, there were genuine accidents.

It must also be remembered that although accidents still happened they were much less frequent than they had been during the first half of the 19th century. It would of course be preferable if there were none at all but to expect this would have been unrealistic.

In 1947, one of the coal miners’ greatest hopes was realised. The coal mines were nationalised. From then on, private fortunes could not be made from coal mines and so it would be in no- one’s interests to skimp on safety measures, even if they were able to get away with it.

Since then, such improvements in working conditions were made. Almost from the beginning, a five day week was introduced and the various new technical developments including coal cutting machinery were introduced. Accidents became less common.

Yet even later coal mining was still an arduous and dangerous occupation. This fact was recognised in a coal trade publication which spoke of:

“The savage forces always inherent in the mining scene.”

At the same time, by the 1960s working conditions were as safe as they could be, so much so that:

“British coal mines on the basis of standard statistical evidence are… the safest in the world.”

For this, the miners undoubtedly owe much to men like James Mather, Martin Jude and Lord Shaftesbury, whose indefatigable efforts secured the early mining legislation, which alone brought about the steady growth of safer mines.

There was no going back after the Act of 1850 because:

And what happened next in coal mine history is another story…