Now that the heatwave is over, can we just forget about climate change? 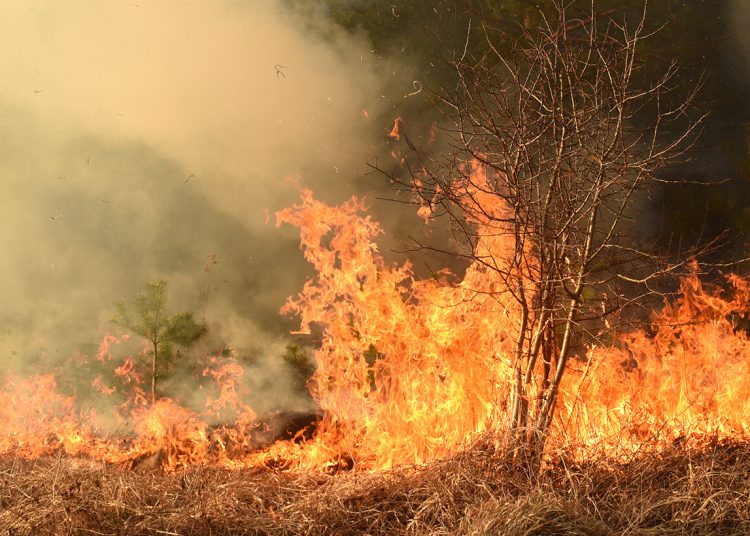 Last week parts of Europe and the UK have literally been on fire, and temperatures have exceeded 40 Celsius in the UK (at 34 locations) for the first time in recorded history. Headline news across the world. And yet today, just a few days on from the fires, with the weather having cooled and the rains having quenched the fires, the climate crisis is once again conveniently forgotten about.

The contenders for the next holder of the UK Prime Minister office have other priorities which they think the Tory party considers more important. Rishi Sunak in the Times newspaper outlines that we have a crisis in the UK; but he’s not talking about climate, he’s referring to the economy, the NHS and illegal migration.

Liz Truss’s avowed priorities are scrapping EU-era laws, reducing taxes, and the war in Ukraine. Only one candidate appears to have mentioned anything about the environment, and that is Truss’s words in response to a BBC interview when she stated “….what I’d do is reduce energy bills by having a moratorium on the green energy levy” and “But also I’d do more to unleash the gas supplies we have in the North Sea”.  Clearly, both candidates have absolutely no idea of the impact or causes of the climate crisis.

It’s appalling, and if their lack of interest in the biggest existential threat to our way of life and many species across the world doesn’t worry you, then may I politely ask you why not? Do you not ‘believe’ in the climate crisis? Do you think you can’t do anything about it? Do you blame others?  In writing about the climate and environmental crisis I have been asked a number of re-occurring questions. I paraphrase these here together with my ‘answer’.

“I know there’s a problem, but what can I do, I’m only one person in billions”

You can make a difference. We all can. Collectively our actions can be significant. My article “Let’s get practical” I hope gives you a good start. Also, there are additional things you and I can do within ‘Climate Crisis – we are losing the war”

“But it’s not the UKs fault. China, Russia and India emit far more greenhouse gases than the UK”

Well, putting aside the historical aspect (which is that the UK, US, and Western Europe have been causing the rise in global temperature and since the early 1900s) you may be surprised to hear that per capita, the Middle East countries are the ‘worst’ (Qatar is second on the list, the tiny pacific island state of Palau is top). Australia (at over three times the per capita emissions than for the UK) is 10th on the list and the USA (13th) has just under three times per person that of the UK. China…is 32nd on the list (8.66) and the UK 4.66 (all values in metric tons per capita for the year 2020). The lowest emitters are all on the African continent.

The UK Prime Minister, Boris Johnson stated (falsely) at COP26 that we (UK) were at the forefront of the fight to save the world. I wish we were, but we could be and we could use the UK’s approach as an example. But if you read what the current Tory administration is doing (Planet B article) sadly it is all words from our government, no tangible action.

“Others are emitting far more atmospheric pollution, they should stop first”

Fly-tipping happens in much of the UK. But just because it does happen, does that mean that you think it’s right for you to drop litter anywhere you want; just because someone’s behaviour is much worse? Of course not. We all have our part to play

No, it is not. As an astrophysicist, I can assure you this and have written a semi-technical article to explain why this perception is completely and dangerously wrong.

“It’s all a global conspiracy”

Look at the evidence of your eyes! Have a look through the points I made in “Planet B” .  These are not opinions they are what is happening now.  Even if you don’t trust the amorphous “scientists”, (I can understand and completely empathise in the lack of trust in politicians) who do you trust? Do you trust those (nearly always with some connection to the oil industry) who are telling you it’s nothing, or do you believe independent (as well as government) scientists who are telling you it’s a massive problem.

I have no government connection nor funding. I have no ulterior motive in writing, beseeching and indeed screaming, for you to take this seriously. The reason I write this series of articles is because I care about my family, my friends, you, people I’ve not met in this country and others, and every sentient creature on the planet. I care. Do you?

George Monbiot correctly identified that the biggest contribution each of us could make to helping mitigate the crisis is to stop eating meat. Someone aggressively (several actually) told me (…have you noticed it’s always the meat-eaters who are aggressive, never the vegetarians/vegans) that their body needed meat and that humanity has eaten meat for thousands of years. Notwithstanding a vegetarian lifestyle is much healthier than an omnivorous diet, for thousands of years humans believed the Earth was the centre of the universe and everything moved around us. The point is of course just because we have done something for many years, it doesn’t mean it’s right.

Ok, so apart from reading my latest rant (thank you for getting to here!), what (else) am I asking you to consider. Well, if you are attending any of the hustings for the new PM, please ask them what they have done in their personal and political careers to alleviate their carbon footprint. I think you’ll find the question gets waffling answers in reply.

We need to keep the biggest crisis to our existential presence at the top of the agenda.

Please help do this.