Part 4 in the story of Brendan McBear and Chris Humble's pilgrimage through Middle England. Place is important. 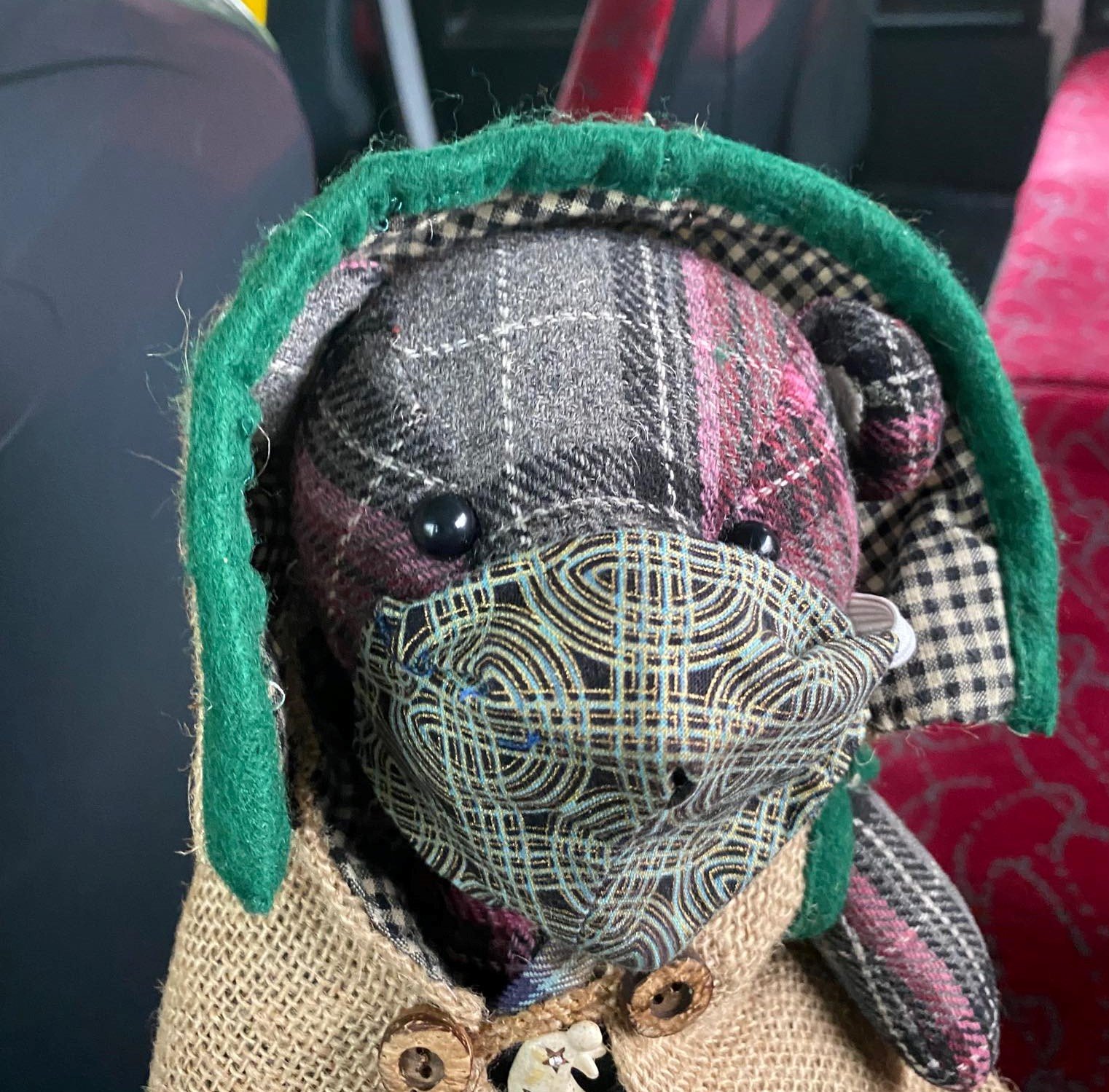 The pilgrim places and labyrinths on our list of those to visit have started to assume great importance. This is interesting. Before the journey started I added them as optional extras. But they have become integral, essential to the pilgrimage.

It is at, or on our way to or from these holy shrines, wells and other sites (I left out churches otherwise we’d be on for the rest of the year) that we are encountering and falling into conversation with people and having the opportunity to share our story. The number and nature of such encounters is beyond ‘normal’ and very often instigated by the people we meet. So it’s now our intention to visit all 30 of the listed places.

A cluster of pilgrim places with Brendan McBear

It’s also become apparent that these places are clustered; it wasn’t until we arrived in Aylesbury that I realised five of them were accessible – by a combination of walking and buses – from our Travelodge base.

Then, in turn, a further half dozen would be accessible from a similar base in Derby.

My initial reaction was to resist such a programme. But on reflection I remembered that there were no rules except the corridor restriction, and no plans; so why not embrace it.

“Sure and means the bear spends less time stuffed in a rucksack!”

Brendan McBear, I always think of your creature comforts.

So we spent another two pleasant nights in Aylesbury, followed by a grotty one in Northampton, and visited a number of pilgrim places.

The story of St Rumwold is a fascinating one, as is our encounter with him.

Born miraculously with the power of speech in 662 he requested that he be laid to rest in Buckingham. His request was honoured following his death three days after his birth. We struggled to find the small monument honouring him in the churchyard of Buckingham parish church, until we were aided by Anna, a kind and interesting local resident.

As we left the churchyard an exotically dressed couple entered it. Nicky and Corin had just completed a three day pilgrimage in mediaeval garb from the place of St Rumwold’s birth to his desired burial site. Nicky had recently recovered from cancer and theirs was a pilgrimage of thanksgiving.

She stood alone, movingly, in front of his monument, murmuring prayers and honouring the infant.

We exchanged pilgrim tales and went our separate ways. A precious incident. I didn’t even expect to meet anyone who’d ever heard of St Rumwold, let alone pilgrims on such a devoted mission.

Our last day in Aylesbury required an early start in order to visit the remaining places in the local ‘cluster’. We were on the bus at 7.26am. Bierton Well was in a location with a great view but was disappointingly locked and caged.

Back into Aylesbury and out again on a different bus to visit John Schornes Shrine (try saying that after a drink!) and Well.

We were kindly granted access to the shrine in the locked parish church after working our way through a plethora of vicars’ phone numbers on the board outside. The well was the best to date by a country mile and tells another tremendous tale. Basically he trapped the devil in a boot.

Onto the fifth bus of the morning (in the rain) heading for Wing, to visit the labyrinth. We were there on instructions from Labyrinth Emperor Jim Bailey. We alighted from the bus on the outskirts of Wing and I looked up the precise location on the OS map on my phone. Ummm – 75 miles, that’s a bit of a walk, I thought. We’d got our Wings mixed up. Who knew there were more than one? Although I suppose it’s reasonable to anticipate a pair…

The one with the labyrinth is in Leicestershire, and not even within our corridor!

And so to Northampton for the night in order to be well placed to visit St John’s Well the next morning. After managing to avoid getting caught in the frequent and sometimes ferocious rain showers since we began our journey, our luck finally ran out on arrival in Northampton, with no option but to trudge through the downpour to the worst Travelodge we’ve been in.

Cold and damp, with a view of a wall from our window, this benighted accommodation at least offered a free early morning call the next day with a 6.20 fire alarm (false). Still, it got us up in good time for a bus ride to Boughton, a few miles north of Northampton.

This was followed by a treacherous walk of about a mile along a dangerous road with no footpath, frequented by drivers apparently auditioning for the next Mad Max movie.

St John’s Well and an unusual job with Brendan McBear

We had endured all this to visit St John’s Well. Just about worthwhile…

Waiting for the bus back to Northampton I fell into conversation with a verbose elderly gentleman who confided that he was only there to ride around on the local buses. Sensing a fellow pilgrim/nerd I asked him his motivation.

“I could tell you” he said menacingly, ”but then I’d have to kill you.” The bus arrived and he sat downstairs. Brendan and I ascended to our favourite throne. Two minutes later our friend puffed and panted up the stairs and threw himself into the opposite seat.

Turns out he was a bus inspector who is paid to wander the routes assessing the drivers. I want this job!

You can read more in this series of articles.