Jack Charlton was honoured this week by an Presidential Award from Ireland. Bill Corcoran reflects on the footballing legend who used authenticity and friendship to make the world a better place, 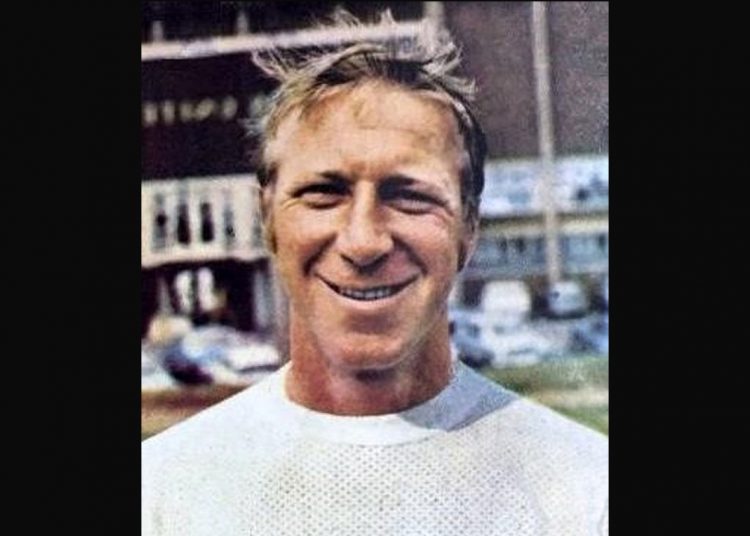 We have a special place in our hearts for those who wear their achievements lightly. The highest compliment that we can give is always the personal; that “he was a good lad”, “a lovely kind woman”, or “a caring person”. Jack Charlton wore his immense legend well and true. He treated all with the same respect and gave his opinion without fear or favour. His words and deeds are all the more magnificent because of the absolute authenticity of his experience and mighty achievements. He was also, one of our own.

This was recognised on Monday 23 May 2022 at the Tyneside Irish Centre when the Irish Ambassador to Great Britain, His Excellency, Adrian O’Neill presented Jack’s son John and his granddaughter Niamh Charlton with the Presidential Distinguished Service Award for the Irish abroad. Jack was after all, amongst his many medals and awards, an honorary Irish Citizen.

The Ambassador treated us to a speech replete with eloquence and appreciation of Jack’s character, his manner, his honesty, decency and dignity. He expressed the thanks of a grateful nation and of its people, who had suffered the denigrations of the mass emigration and troubles in the 70s and 80s and whose spirits were lifted by the fighting tenacity of “the boys in green”.

Many of us here have seen this legend up close, in person; and being able to walk into a crowded pre-match Tyneside Irish Centre and see Jack Charlton having the crack (a Northumbrian word) was a privilege enjoyed by many members. The glories of the experience of following Ireland at football from 1988-1994; the victory over England in 1988 and the Draw in 1990 when our Secretary strode our Concert Room stage and said that whatever the respective populations, that “on that pitch it’s 11 men against 11 and we’ll take them in the 2nd half”, were only partly sporting. The rest of it, as Ambassador O’Neal said, saw the whole of Ireland, its people at home and around the world, take new pride in who they were and how they behaved – with a swaggering friendship and inescapable conviviality. Just like Jack did.

Jack understood that in his soul. He used his position to inspire the Irish fans to support their team with joy, sing their songs and drink the town dry, but don’t cause trouble. Make sure that you’ll be welcomed back, as football fans, as tourists, as business people, as diplomats even. Jack understood everything about “soft power” well before 21st Century diplomats. He also knew the value of his own position. When he came to the Tyneside Irish Centre in 1990, after his World Cup heroics; and, upon being presented with a lifetime membership, he smiled and said he didn’t think he really needed the card, to rapturous cheers of the acknowledgment of that simple truth – that he was welcome anywhere that Ireland was, forever and always.

That welcome was extended to the next generations of Charlton last night as his son John and his granddaughter received Jack’s award with a graceful and emotional speech which re-emphasised the love Jack had for Ireland and its people. The serious side of the evening was encapsulated in the grand memories of our own legendary journalist, Brian MacNally who described the great conviviality he had with Jack on his assignments, Jack’s keen interest in history and politics, (including the Reiving family Charlton from the 16th Century), but also the terrible impact of the Loughinisland Massacre of 1994. How the celebrations of one of the greatest sporting achievements by any Irish side – the defeat of the mighty Italian team in New York City in the World Cup – were utterly extinguished by the terrible news of the murder of their fans back home. Brian described the silence of the players and press in the plane that night. We know, those that knew Jack, how his strong exterior would have churned with the pain, anger and guilt that if they’d lost the game, maybe just maybe, those people would have lived. Brian mentioned the film about the massacre, “No Stone Unturned” and the lessons to be learned. The Peace Process was immeasurably helped by Jack Charlton. A man whose love of England and its people was manifest and unchallengeable, but  was able to encourage the English people to regard Ireland and its people with affection and encourage the many small friendships which all the high-level diplomacy in the world can never replace.

Those of us that saw Jack Charlton come home to the Tyneside Irish Centre after Italia ’90 will never forget his words that “you’ll never lose your identity” and the advice to use that authenticity and friendship to make the world a better place. The opinion of one who knew Jack well was that Jack would probably “use the award for a doorstop”; he might have done, but we doubt that his wonderful wife Pat, who was unable to be there on the night would have let him. Anyway he would still have appreciated it with that marvellous twinkle in his eye and a smile as wide as the Shannon as a symbol of what sport, friendship, decency and honesty can still accomplish.

We express our grateful thanks to President Michael Higgins for the award, and for Ambassador Adrian O’Neil and Consul Sarah Mangan for coming to Newcastle to deliver it. It means so much to Jack’s family, his memory, his friends and to us here in this community. Jack Charlton will always be remembered with joy and affection by all that knew him.

Finally, there is a football match to be played at Ashington Football Club on 9 July between a group of Ireland supporters and their English counterparts. It will raise funds for Dementia and Disabled Fishing charities in honour of Jack Charlton. We’ll put details online as soon as we have them. His influence will carry on.