The lost story of the Caribbean miners

We have to ask, if this missing chapter was uncovered purely by coincidence, what else has cultural amnesia airbrushed from history? 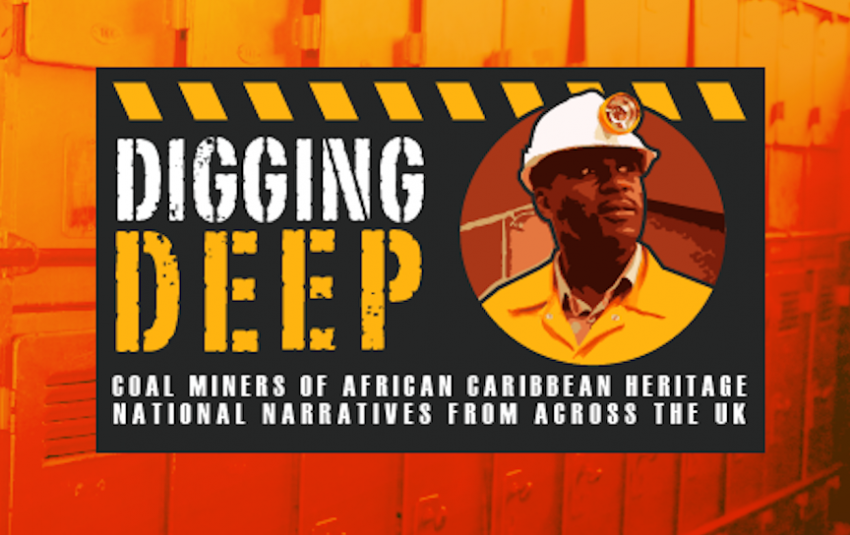 Digging Deep is at Woodhorn museum until 1st November

It was 1946. Britain had won the war but was struggling with the peace. Exhausted, broke and broken, the country relied on American loans and the Marshall Plan to keep the economy afloat through the late 1940s. The policies of the new Attlee Labour government – the brand new NHS; reconstruction; nationalisation of railways, coal mining and heavy industry, and an ambitious home building programme needed more workers than Britain had.

After a fall off of coal production in the early years of the war, 48,000 young men (called  ‘Bevin Boys’ after Labour Minister Ernest Bevin) were drafted to dig the coal.  The final conscripts were released from service in March 1948.

While the economy had stabilized by 1950 there remained a manpower shortage.

The call went out for workers from the colonies. From Jamaica the first arrivals on the HMT Empire Windrush docked at Tilbury in June 1948, and among the 1027 pilgrims in their Sunday Best looking for a better life and ready to work, were some who went on to become miners.

As thousands of African Caribbean miners went underground over the years to shore up the coal industry, so they disappeared from history. The truth about the scale of their contribution has only been brought to light thanks to the dedication of historian Norma Gregory.

A record of how many non-white miners worked the coal seams doesn’t exist. But according to Gregory, 1,000 African-Caribbean men at any one time from the 1950s to 1980s were down the mines of Nottinghamshire alone.

Gregory’s discovery was purely by accident. When working on another project she was pointed in the direction of her dad’s cousin. “He’d come to our house for years and he never mentioned he was a miner. He was a miner for 28 years”. And so began the painstaking search for the forgotten Caribbean miners, starting with Nottinghamshire and now nationwide. So far Gregory has collected over 240 names.

The outcome is the touring exhibition Digging Deep, currently at the Woodhorn Museum in Ashington.  It presents a collection of photographs, artefacts and memorabilia with the audio-testimonies of 60 miners of African Caribbean origin from around the country.

At present the North East is represented by just one miner, Abiodun ‘Mac’ Collins who worked as the Colliery Ventilation Officer at Dawdon Colliery in County Durham for 11 years. He told ITV News:

“I had some magnificent times at the Coal Board. Team spirit, companionship, it was brilliant. I could maybe travel two miles underground on my own, you know, I didn’t see anybody until I came to certain areas and if that pit lamp went out that was it, you know I couldn’t… I wouldn’t be able to test for gas in the return airways.”

The miners’ audio-narratives for the show, from interviews with Gregory, shed light on the lost history of the black mineworkers, describing a camaraderie that crossed the culture barrier underground while differences remained on the surface.

“We used to watch each other’s back and made sure we got on with each other…. It was a different world down there. But on the surface it was different, things changed. When you had coal dust over you, you couldn’t tell who was black and who was white until you got into the showers.”

The work was hard, dirty and dangerous. Says Calvin Wallace:

“The most difficult thing about working at the pit was the danger. …The danger, dust, rock falls was bad and the travelling was difficult. …Frederick Darling got hit by a Panzer train. How he is still alive I don’t know.”

“I remember one bloke, a Jamaican man … and he was packing stones for the roof and the roof came in on him. He was badly hurt and off work for quite a while. We had to spend a lot of time to dig him out. He was lucky not to have any fractures to the head but had a lot of broken bones. He was alright though and came back to work after a couple of years.”

“Yes, well I was one of them that was on it and I believe it was either three or four men died out of my compartment. How it happened we don’t know to this day. … my friend that I was working with, that night he was dead.”

“How can you have good memories when you ended up having what they call ‘miner’s disease’..I’ll never get rid of that emphysema”

The last mine in the country closed in 2015. Many miners retired, some returned to the Caribbean.  Others moved on to different work.

The exhibition is a rolling work-in-progress, drawing in new participants wherever it goes. Three more former miners have approached the project while the exhibition has been at the Woodhorn. Gregory is keen to find as many miners as possible to have their stories told, including from the vast coalfields of the North East.

It is probably the only way. Records are missing or sparse, dispersed around regional coal boards. The ethnicity of miners was never logged. And there’s an ongoing search for the holy grail of evidence from before nationalisation in 1947, hidden in the dusty archives of long-dead mine owners. In the rush to close down the mines after the Miners’ Strike ended in 1985, many records were lost. It’s said that documents were thrown down mine shafts and buried under cement.

We have to ask, if this missing chapter was uncovered purely by coincidence, what else has cultural amnesia airbrushed from history?

Says Mac, “It needs to be ingrained into people. People are all the same. Might not look the same, but all our blood is the same colour. We need equality all the way through life.”

“It is disgusting. I have been here for 59 years and at this present moment,  it’s like saying, ‘well we get use of everything you have done and now we don’t want you anymore’ and that’s it. It’s not right.”