The magic of The Secret Garden comes to the North East

With brand new folk songs, performed by the cast, this beautiful reimagining introduces new generations to the transformational magic of the garden. 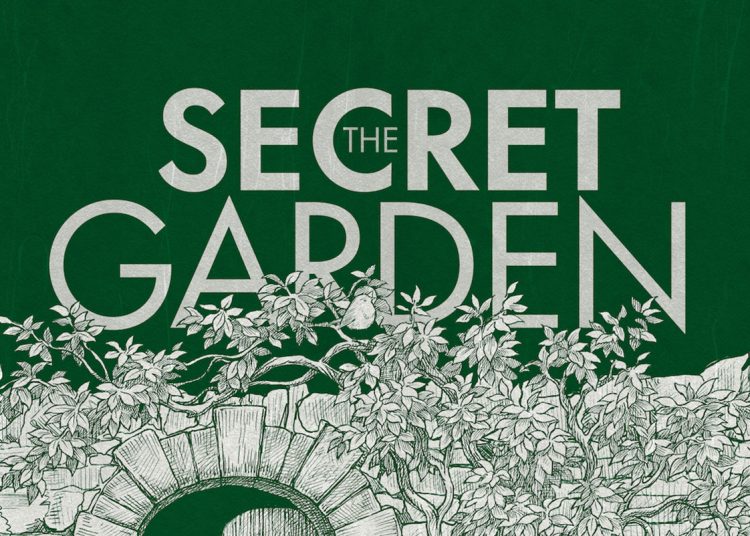 Families are being invited to discover the magic of The Secret Garden as writers Lisette Auton and Becci Sharrock join forces to bring a newly adapted version of this classic tale to the stage at theatres, community centres and schools across the North East of England this June.

The play, which has been commissioned by Queen’s Hall Arts Centre in Hexham, will premiere at Hexham Book Festival on Sunday 12 June at 5pm. This beautiful reimagining, which includes brand new folk songs performed by the cast, will introduce a new generation to this tale of friendship, secrets and the human spirit as well as the transformational magic of the garden.

“Working on this project is an absolute joy, and I am wonderfully excited by the artists and partners we are working with. ‘The Secret Garden’ is a hugely resonant story for me, personally, about the magic of imagination, the need we have for the natural world and young people supporting one another. We can’t wait to share the end result with audiences who are familiar with this classic tale as well as those experiencing this magical story for the very first time.”

Families will be invited to meet 12 year old Lennox who when sent to stay in Northumberland after being excluded from her city comprehensive school is certain there is nothing there for her. Far away from home, with a family she barely knows, she must rediscover herself and in doing so uncover the mystery of the long hidden secret garden.

Actors Michael Blair, Sarah Boulter, Ellen Carnazza, Wambui Hardcastle, Zoe Lambert, Shreya Patel and Lauren Waine will, between them, take on the roles of the five main characters. This sharing of roles is one of the many adaptations being made by the creative team to ensure that the creative process is as accessible as possible.

“Part of the driving force behind The Secret Garden was a desire to redesign the creative process and find solutions to some of the access barriers faced by creatives. By adapting the way we work we have been able to remove some of the barriers that prevent disabled artists, many with invisible disabilities, to engage. From using accessible working spaces and introducing shorter working days to paid rest days and an ensemble approach we have been able to create a positive working environment that we hope meets the needs of our team. We know that this doesn’t go far enough but we hope that it’s the start of a sector wide change. Flexibility and adaptability are at the heart of everything we do in our efforts to create something truly magical – both on and off stage.”

“I’m excited about working in a new way that respects bodies and rest, and focuses on how to make this a brilliant process for everyone involved. A piece that has kindness and creativity at its core.”

The Secret Garden will premiere at Hexham Book Festival before touring the North East stopping off at Arts Centre Washington on Thursday 16 June, Gosforth Civic Theatre on Saturday 18 June, Gala, Durham on Saturday 25 June, The Word in South Shields on Sunday 26 June, Coundon & Leeholme Community Centre on Friday 1 July and Lady Waterford Hall in Berwick upon Tweed on Saturday 2 July. Performances will also take place at community venues and in schools across Northumberland, Stockton, Cumbria and Gateshead including two dates programmed as part of Highlights Rural Touring Scheme. To coincide with the tour there will also be the opportunity for audiences to take part in a series of writing workshops across the region with writer Becci Sharrock and Wendy Errington from Write Stuff NE.

The Secret Garden was commissioned by Queen’s Hall Arts Centre, Hexham. The play has been made possible with support using public funding from Arts Council England as well as funding from Queen’s Hall Arts Centre, Hexham. For more information about The Secret Garden and for details on how to buy tickets visit https://www.carolewproductions.com/thesecretgarden.

Suitability: For those aged 7 – 11 years and their families