The memories that make me me 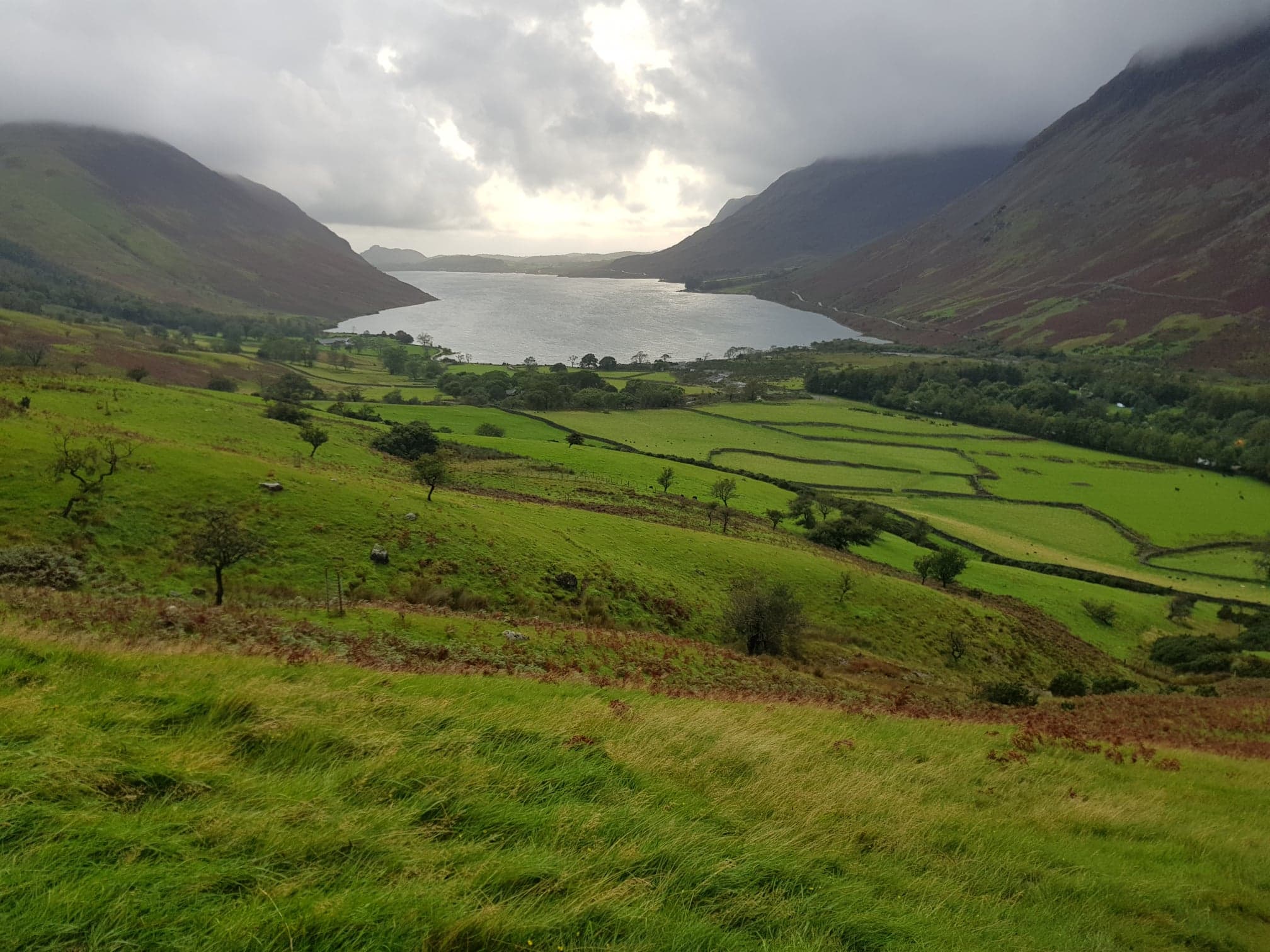 I’m standing on the top of England. There’s nowhere in England any higher unless it’s an aircraft or a hot-air balloon. Beneath my feet there are shattered rocks. Far from being untrodden, they bear the scuff of thousands of boots, tens of thousands, even possibly millions. Who knows? To the south is the sister peak, Scafell, almost as high, and there’s Bowfell, slightly lower, due east, and NNE the high level route over Ill Crag, Broad Crag and Great End to Sty Head, the scuffed rocks as clear as a road.

I blink and I’m standing on the Coast Path looking down on the inlet and village of Solva, although the Welsh name Solfach sits more softly on the tongue and tantalises the imagination more, just like neighbouring Carfai, Porthclais, Porthstinan, Carn Llidi, Pentre Ifan, Croesgoch, Abbereiddy with its Blue Lagoon, and of course Tyddewi itself. Even Sir Benfro sounds so much better than Pembrokeshire.

But I do like Dyfed best. I didn’t when the name was changed, but now – yes, Dyfed’s better.

Blink again and it’s early morning on the beach at Sannox on Arran where we bivouacked overnight. The only one awake, I hear the soft breathing of the others while I lie and watch the salmon leaping, and then fall asleep again.

Another blink and I’m walking along Hadrian’s Wall from the car park at Steel Rigg to Sycamore gap where the Wall plunges down and then up again with that iconic tree at the lowest point, then heading eastwards again to the top of the crags above Crag Lough where we used to rock climb and where, one never-to-be-forgotten (unfortunately) day, I got so gripped up traversing a slab (route graded ‘Severe’) that my knees trembled so much they could have generated enough power to heat and light Newcastle for a week.

I’m standing below High Force on the River Tees, looking up at the most impressive waterfall in the North of England. It’s in full spate, crashing down both sides. I’ve followed the river down from Cow Green Reservoir, alongside the water as it races down Cauldron Snout, and I’m on my way to Middleton-in-Teesdale. A great riverside walk.

Back in the Lakes. On Great Gable top a short stroll southwards takes you to the Westmoreland Cairn. I’m standing there, looking down the valley all the way past Wasdale Head, along Wastwater itself with Illgill Head and the Wastwater Screes on the left, as far, dim in the distance, as the Esk Estuary and the coast. I’ve walked up that valley to Sty Head, that hub of some of the best walkers’ paths in Lakeland, then headed up the Breast Route to Gable top, and I’m about to descend by the direct route to Wasdale, passing beneath Westmoreland Crags and the Great Napes, to the car waiting in the car park at the head of the lake, although, perhaps, not before a visit to Ritson’s Bar in the Wasdale Head Inn for a pint of Old Peculier and maybe a bar meal.

Mind, to judge from the recent photos I’ve seen, the bar is much more upmarket than it was in my day!

I’m standing high up on one of the towers of Dunstanburgh Castle, looking south along the coastal path we’ve followed from Craster – home of the best kippers in the world! – and then I look northwards towards the Farne Islands and somewhere up there, if you’ve got good eyes, you might just make out Bamburgh Castle perched high above the sea, but Holy Island is out of sight.

The Lake District. The Dales and the North Yorks Moors. The Isle of Aran. The Western Highlands. The seascapes of Northumberland. Wood smoke. The sound of a beck rushing down a hill. The vast open vista of the Cheviots. The baaing of sheep: Herdwicks, Swaledales, Wensleydales, Teeswaters, Cheviots. And, of course, the smell of rain in the air, ever present.

Roads to re-entry Part 3: Beyond division – truth or surrender?