The “nonsensical gimmick” of Boris Johnson’s “right to buy” announcement

"The Prime Minister's housing plans are baffling, unworkable, and a dangerous gimmick. For decades the promise to replace every social home sold off through Right to Buy has flopped." Shelter 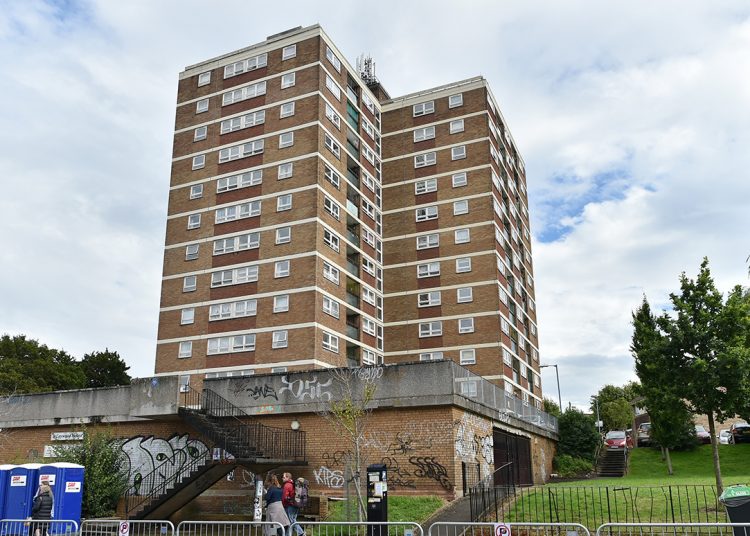 As I predicted in an earlier piece the Prime Minister finally unveiled his attempt to emulate his predecessor of the 1980s and once again make a foray into ‘right to buy’ for tenants – this time for tenants of registered social landlords. But it is 2022, not 1982 and times are different.  Above all, Margaret Thatcher at that time was not hobbled by having nearly all her backbenchers voting against her in a vote of confidence. Which, despite Johnson’s bullishness, explains why the announcement made all the splash of a large stone dropped into a barrel of thick oil.

“Owning your own home is ‘a fantastic mobilising, motivating thing that drives people’s thoughts and passions and engages them deeply’. He also said that 2.5 million people living in homes owned by housing associations were trapped, unable to buy and unable to treat their home as their own. Promising a ‘home ownership revolution’, he said: ‘We will work with the sector to bring forward a new right to buy scheme. It will work for tenants, giving millions more the chance to own their own home; it will work for taxpayers responsibly capped at a level that is fully paid for and affordable within our existing spending plans.’”

The relationship to reality

No-one believes the plans bear any relationship to reality. Putting part of one’s Housing Benefit and possibly Universal Credit to work to afford a mortgage shows just how little he and his remaining allies know of the world outside their gilded cage. Put simply, with benefits already unsustainable, the chances of this policy taking root is less than zero.

Let’s look at our regional stats on homelessness and repossessions. Earlier this week the Northern Echo outlined the growing number of court repossessions here. With the lifting of the emergency eviction ban imposed by Covid-19, the number of cases coming before local courts has gone through the roof:

“Throughout the whole of last year, there were nearly 2,000 eviction claims lodged by mortgage companies and landlords hoping to turf tenants out of their properties, but between January and March this year, more than 1,000 had already been submitted.”

Repossession courts in the North East received 1,069 claims in the first quarter of 2022 – up from 740 the quarter before and a rise from just 213 during the same period last year. Most were from landlords. Judges handed down 559 outright possession orders that quarter, granting the landlords or companies the right to apply for a warrant to evict their tenants.

In comparison, 832 outright orders were granted throughout the entirety of 2021. In those three months, 267 homes were successfully repossessed – more than half of the total reclaimed last year.

A view from Shelter

Although we will only get a full view of what’s proposed once a white Paper is floated, most housing agencies are united in panning it.  Shelter says:

“The Prime Minister’s housing plans are baffling, unworkable, and a dangerous gimmick. For decades the promise to replace every social home sold off through Right to Buy has flopped. If these plans progress, we will remain stuck in the same destructive cycle of selling off and thousands more social homes than get built each year. The maths doesn’t add up: why try to sell off what little truly affordable housing is left – at great expense – when homelessness is rising and over a million households are stuck on the waiting list. The government needs to stop wasting time on the failed policies of the past and start building more of the secure social homes this country actually needs.”

And the Resolution Foundation

The Resolution Foundation concurred, but pointed out that there was something Johnson’s ideas could have done, but which look to be ignored so as not to offend the finance industry:

“The Prime Minister has identified an anomaly within our benefits system, where renters are treated significantly more generously than homeowners on identical incomes. 5.4 million renters receive help with housing costs compared to fewer than 15,000 mortgagors. This is hard to defend in principle.  His proposal is to partially address this by allowing first-time buyers on benefits to keep receiving help with housing costs after they become an owner. This will be significant in cash terms for some – a typical renter on Housing Benefit currently receives £112 per week in housing support.  However, the number of people affected is likely to be small given that the deposit is the main barrier to home ownership. More than four-in-five families on means-tested benefits have no savings at all and high cost of living pressures means a second change that allows benefit recipients to save into certain savings accounts without seeing their benefits cut is unlikely to lead to a surge in savings.”

Of course, in the demonology of the inner circle in Downing Street, both Shelter and the Resolution Foundation are seen as dripping wet, “woke” infested bodies. But strangely, even their most loyal supporters are having to tell them the harsh truth. Take the red eyed, sharp clawed alt right Guido Fawkes site (never thought I’d ever have to cite them in support of a case.) Today they say:

“Guido has had a quick ring round and one Downing Street source – off the record – described it as ‘a nonsensical gimmick’, a think-tanker usually sympathetic to the government described the policy as ‘insane’. The problems with the housing mortgage market will not be solved by just lowering credit worthiness criteria for borrowers, they will be solved by building more houses”.

I rest my case.