The book was set is an unspecified Northern town, so screenwriter/director Mike Hodges decided to film in an area he was familiar with. 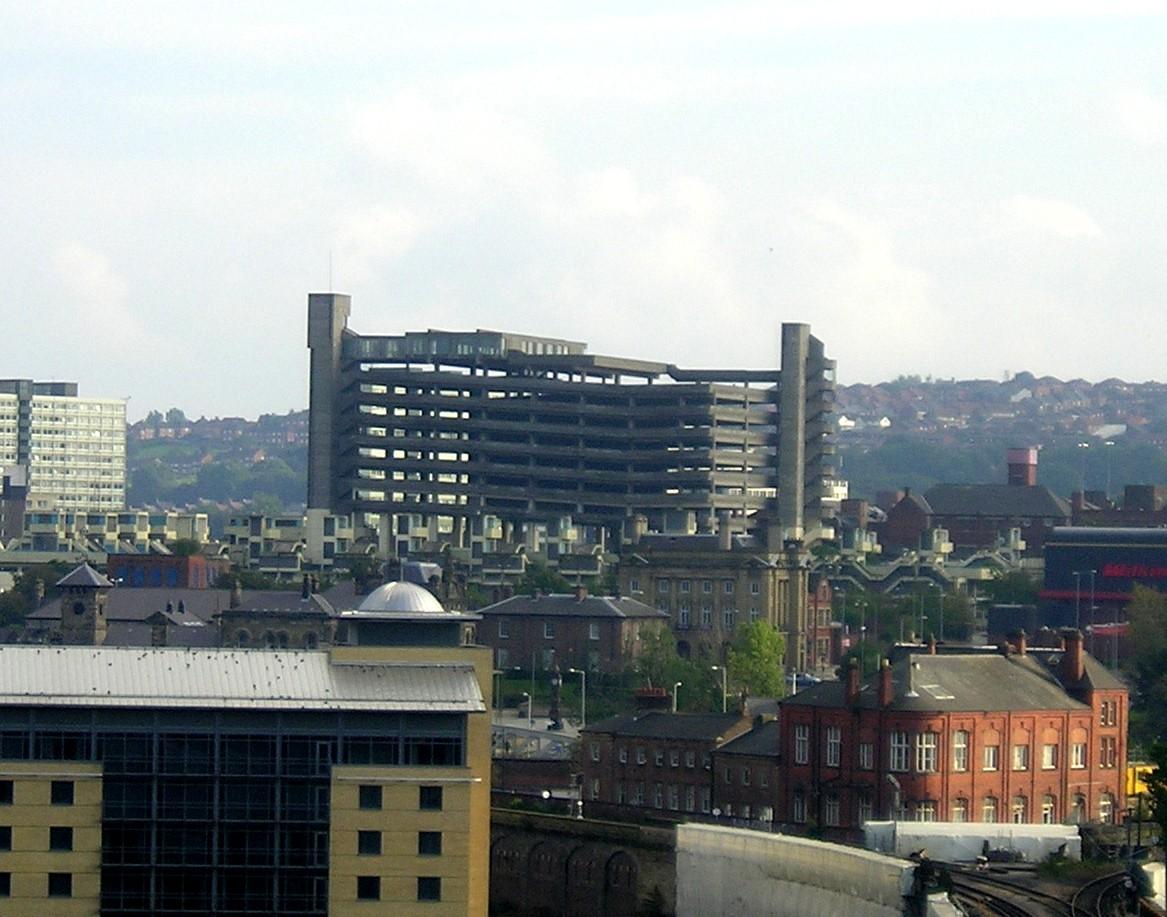 Former Trinity Square car park as seen from Newcastle Castle Keep in 2007. The building was demolished in 2010. Photo by Bob Castle from wikimedia commons

The North East on Screen is a new series of articles that will look at films and TV programmes made or set in the North East of England. For our first article we will be looking at possibly the most famous, the 1971 crime classic Get Carter.

Based on the novel “Jack’s Return Home” by Ted Lewis, Get Carter follows London gangster Jack Carter (Michael Caine) as he returns to his hometown to seek revenge for his brother’s death. It’s a plot right out of a classic film noir that could have easily been made in Hollywood 30 years earlier starring Humphrey Bogart or Alan Ladd.

The book was set is an unspecified Northern town, so screenwriter/director Mike Hodges decided to film in an area he was familiar with, ultimately choosing to film in Newcastle and Gateshead. This works in the film’s favour as the bleak looking Tyneside of the early 70s adds to the gritty tone. The most memorable location was the car park in Gateshead’s Trinity Square, which later became known as “the Get Carter car park”. Sadly, despite calls for it to be preserved as a cinematic landmark it was demolished in 2010.

At first glance Michael Caine appears to be miscast. The actor was at the time best known for playing loveable rouges, the complete antithesis of Carter. While the character may have an understandable motivation, Carter is completely unlikable, coldblooded, and not that much better than the villains he is going up against. And yet, not only is Caine completely convincing, but it’s also impossible to picture anybody else in the role. Even Caine forgoing using a Geordie accent works, as it makes sense for a character who has clear distain for where he grew up (referring to it as a “crap house” at one point) and has lived down south for many years to have deliberately lost his accent over time.

Caine’s co-stars also give strong performances. Ian Hendry was originally slated to play Carter but cast as henchman Eric Pace instead due to his alcoholism and his resulting animosity towards Caine gives their scenes together an extra amount of tension. The writer John Osborne, famous for his plays about angry young men, is a left field choice to play main villain Kinnear but like Caine ends up fitting perfectly and brings a sense of quiet menace.

While a hit with British audiences, critical reviews condemned the film for its violent content. By contrast American critics were much more positive but due to distributor MGM putting more focus on the now mostly forgotten Blaxploitation remake “Hit Man” (1972), it was not given a wide release in the states. By the 90s however the film had developed a strong cult following on both sides of the Atlantic and is now considered to be one of the best films made in Great Britain. Another US remake, this time starring Sylvester Stallone as a much more likable and sympathetic Carter, followed in 2000 but flopped at the box office and was panned by critics and fans alike. As we live in an age where studios try to coast in the success of pre-existing proprieties, it’s perhaps inevitable that Get Carter will be remade again at some point. But as the previous two attempts have shown it would be doomed to failure as nothing will beat the original in the eyes of the public.