The Offing at Live Theatre 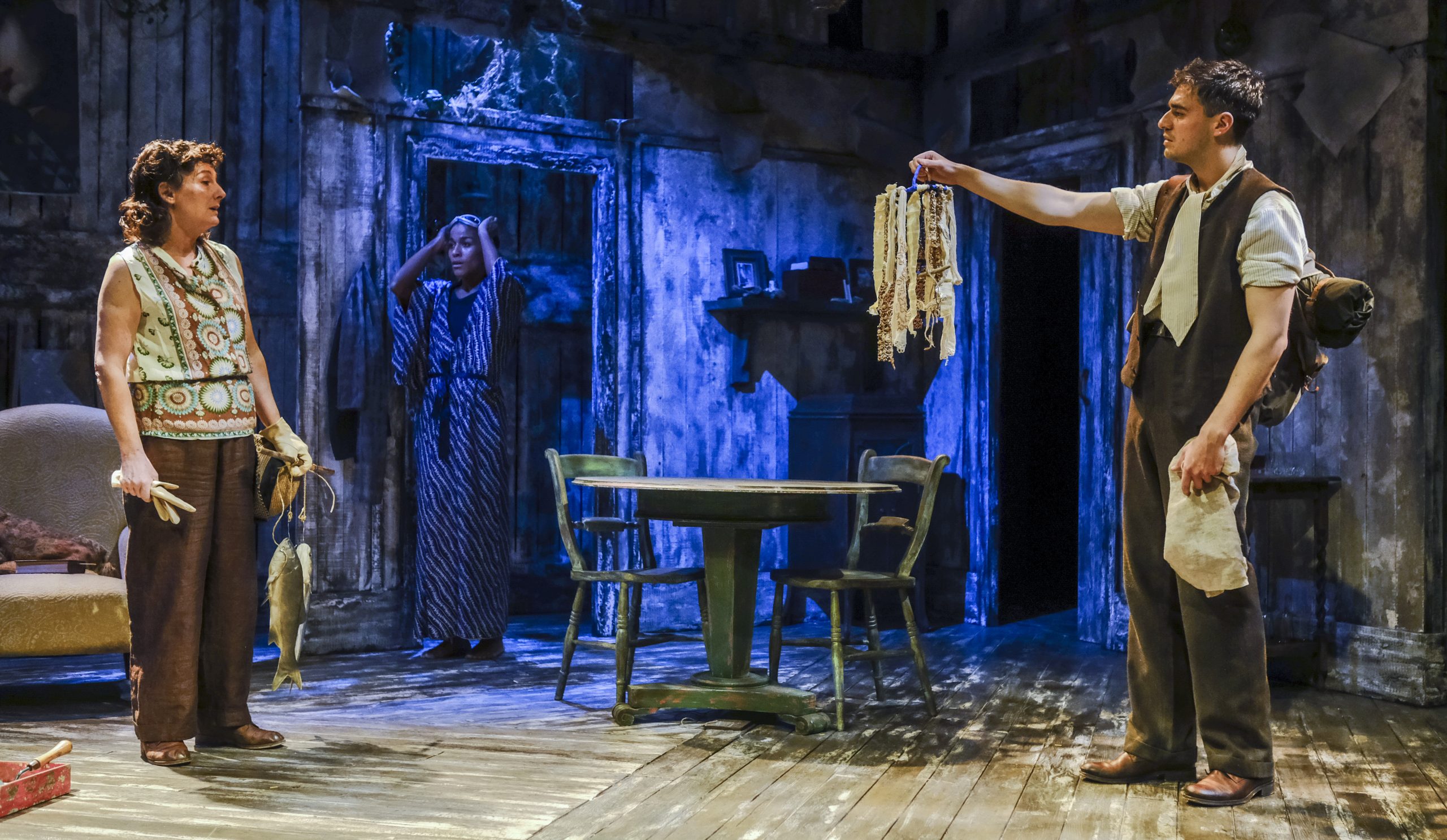 From page to the Live Theatre stage with a hauntingly beautiful score.

The sensitive new adaptation of Durham writer Benjamin Myers’ best-selling novel The Offing travels from Scarborough to Newcastle’s Live Theatre on 3 November, following a superb sell-out opening at Stephen Joseph Theatre. The show runs from Wednesday 3 to Saturday 27 November and music lovers are in for a real treat thanks to the ethereal, seaside and folk music vibe of the soundtrack created by sound designer and composer Ana Silvera and a trio of talented folk and jazz musicians, Rob Harbron, Aidan O’Rourke and Jasper Hoiby.

This unforgettable story captured the hearts and minds of readers on its publication in 2019 when it was featured on the BBC Radio 2 Book Club . Adapted by playwright Janice Okoh with additional material and direction from Paul Robinson the stage show brings all the vibrant colour and life of this loved novel to life.

Set in a Britain reeling from the Second World War the play stars North East actor James Gladdon as 16 year old Robert Appleyard who sets off on an adventure from his Durham home to head South where he hopes to find work. His travels however come to a stop on the clifftops at Robin Hood’s Bay where a chance encounter with the bohemian and eccentric Dulcie Piper, played by Cate Hamer, changes his path forever. Dulcie awakens Robert, culturally, sensually and intellectually, introducing him to the joys of art and literature, of good food and wine. But is this coastal escape as idyllic as it seems? Ingvild Lakou portrays the mysterious but troubled Romy, a presence who floats in and out of the action.

London-born singer-songwriter and multi-instrumentalist Ana Silvera is the composer and sound designer for The Offing. Ana’s original score features songs drawing on folk music from the North East and the soundtrack is also inspired by the landscape and sea. Rob Harbron (Leveret) on concertina, Aidan O’Rourke (Lau) on fiddle and Danish jazz musician Jasper Hoiby on double bass, perform alongside Ana on the recorded music for the show. Folky vocals and instrumentals work in harmony with the sound of seagulls and waves lapping.

Feedback from audiences and reviewers who have seen the show at Stephen Joseph Theatre have been glowing and as The Reviews Hub say: ‘Anna Silvera’s music – folky vocals and instrumentals – provides a real bonus.’

“I first came across The Offing when I heard Benjamin Myers talking to Jo Whiley on the BBC Radio 2 Book Club. I knew it would be perfect for the stage – wise and lyrically beautiful. Ana Silvera our composer and sound designer is a brilliant recording artist in her own right, and has introduced us to three wonderful musicians.”

Tickets for this mesmerising coming-of-age stage play are on sale now at www.live.org.uk. Live Theatre is committed to keeping audiences safe with measures in place to minimise the risk of Covid-19 including a number of socially distanced performances of The Offing on Wednesday 10 November at 7.30pm and Thursday 11 November at 2pm.