There are roughly three approaches to free speech... 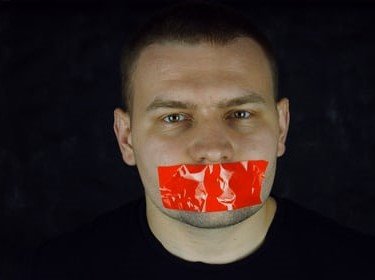 Photo by Bermix Studio from unsplash

Freedom of speech is perhaps the most ancient right in human history. Since Eve did first eat from the ‘tree of knowledge’ humankind has known the temptation of thinking for itself, for investigating what is forbidden or considered beyond our capacities of thought and reason. When Milton refers to the ‘known laws of ancient liberty,’ he alludes to those rights innate in thinking creatures, that have been degraded by authority for the purposes of power since Man did first establish government. For the fundamental argument is one of authority versus criticism: the ultimate authority is either God or Nature; and the right of one person to establish control over the thoughts and opinions of another must be established in advance. And this forms the basis for every free speech argument in history.

In the modern world of liberal democracy, the argument has undergone various revisions and appears to us in a new form. Rather than the traditional argument of restricting speech to preserve power and order, the concern now is for the protection of minorities. The fundamental roles have been inverted. Where once the tyrant arrested the dissident for questioning his authority, now the dissident assumes the role of tyrant in a world where all minorities must be protected. In this line of argument, forms of speech that should be restricted include (i) hate speech; (ii) speech that incites violence; and, (iii) offensive speech.

The age of social media has further complicated the argument. The democratisation of information heralded by the founders of the internet contained a sinister sub-clause: the democratisation of opinion and fact, and an unrestrained right to communicate with a significant portion of the world. In the context of the three arguments for modern speech restrictions: the internet and social media enable the spread of hate speech and offensive language and the incitement of violence to such an extent, and with such ease, that censoring is not so much unavoidable but rather required.

Who should censor free speech?

But there’s the rub. Who exactly is to be our censor – to whom do we award that right? Thomas Paine wrote that “Government, even in its best state, is but a necessary evil; in its worst state, an intolerable one.” And the question of necessity is essential. Is it necessary for the state to limit the free expression of its citizens, in any medium? Or do we allow private organisations to regulate their own sites, in accordance with real-world laws, and allow the individual to exercise his own free will? In the liberal attempt to create a societal Utopia free from offence and hate, a blissful Disneyland of the mind, two forms of legislation have been introduced. The German Network Enforcement Law (Netzwerkdurchsetzungsgesetz – NetzDG) and the Online Harms White Paper in the UK.

According to Justitia, the former “is perhaps the most widely debated and controversial initiative enacted by a liberal democracy to counter illegal online content.” It was adopted after unsuccessful attempts by the German government to persuade Facebook to enforce its own community standards rigorously, and remove hate speech which violates German law. The law imposes intermediary liability for social media networks with over two million registered users, and requires these platforms to remove illegal content (as defined in 22 provisions of the German criminal code), including hate speech and “defamation of religions”, and provides a vast censorious blanket to cover everything from insult of public office to actual threats of violence.

Upon its passing, Human Rights Watch declared that the law “can lead to unaccountable, overbroad censorship and should be promptly reversed.” Wenzel Michalski, Germany director at Human Rights Watch, said the new German law is “fundamentally flawed… it is vague, overbroad, and turns private companies into overzealous censors to avoid steep fines, leaving users with no judicial oversight or right to appeal.” They also warned that it would set a dangerous precedent for other governments looking to restrict speech online by forcing companies to censor on the government’s behalf.

But this warning did not stop the publishing of the Online Harms White Paper in the UK, which will be introduced as the Online Safety Bill this year. The moral foundations of the legislation are virtually identical to those of the NetzDG – limit the spread of offensive language and hate, to make the internet a nicer place to be – but the scope of the content regulated leaves the NetzDG looking rather modest. The White Paper covers a range of harms that cover illegal conduct, such as distributing terrorist content and harassment, as well as legal conduct that is considered harmful, for instance disinformation, trolling and intimidation, and, strangely, excessive screen time. By contrast, content is only designated illegal under the NetzDG if it falls under one of the provisions of the German criminal code. With the NetzDG we see more of an attempt to align the virtual society with its real-world parallel, while the White Paper appears to consider certain legal offences illegal, or at least morally reprehensible, when carried out online, so as to require a unique code of conduct.

This disconnection is not a surprise. There are roughly three approaches to free speech: the absolutist approach of the United States, outlined in the First Amendment to the Constitution; the authoritarian approach, that says speech must be limited to ensure order and stability, for the safety of the collective; and, a third approach, encapsulated by the blurry wording of the European Convention on Human Rights, Article 10, with its dubious reference to the “duties and responsibilities”, which argues that free expression must occasionally be restricted to the benefit of the minority. The only difference between the latter two is the designation of the censor: in one it is the morally enlightened government, or Ofcom, in the other it is the Dear Leader. But in each case, the power of thinking for oneself is surrendered to a higher authority; and never does this lead to a positive outcome.

And so the prophecy of the dangerous precedent is fulfilled. Less than two years after the NetzDG law went into effect, several states have been inspired by the noble cause of eliminating hate and offence. Last year Turkey passed a new bill to severely limit online freedoms, the result of tweets which the apparently progressive and enlightened President Erdogan found offensive. The new bill will eliminate hate speech and harassment online – just like the Online Safety Bill, but with a different censor – by requiring social media platforms with more than one-million users to appoint a local representative in Turkey. And if there were any doubts about the sincerity of the progressive idealism of this bill, which will enable unprecedented control of speech online in the country, Turkish lawmakers explicitly referred to the German law and a similar initiative in France as a positive example. And the success of the liberal ideal does not stop there. A recent study reports that at least thirteen countries including Russia (progressive?) and India (blasphemy laws!) have proposed or enacted laws based on the regulatory structure of NetzDG.

It might seem as though the argument has become sufficiently complex as to require new genius to present a clear path to reason. Does our modern sense of morality require that speech be restricted to protect minority groups? And in the context of a universal social media one might despair. But the apparent complexity is no more than a Gordian knot, efficiently and cleanly sliced by the classical free speech arguments. For the fundamental question to be answered, whether relating to totalitarian governments or infallible Popes or the protection of persecuted peoples, is this: Who decides what is and is not acceptable?

By the very nature of the argument, almost all speech restrictions have been established from Divine Authority, whether religious or political. To take just three examples: Socrates, Jesus Christ and Galileo; each charged with blasphemy, or, more precisely, for denying the orthodox views of the majority – what was claimed to be known in advance. In the case of Socrates there was the further charge of corrupting the youth of Athens by making the weaker argument the stronger, neatly demonstrating the emancipating power inherent in the dialectical. Three men who influenced Western thought more than any other in history; each condemned for the simple act of questioning the views of the majority. Their arguments no doubt caused offence, yet the charge of ‘inciting’ violence is never used in the context of their teachings.

In the legislation introduced by the U.K. and Germany, and in the case of the latter copied mutatis mutandis by autocratic regimes for the purpose of censorship, we see a continuation of the argument from Divine Authority. Now the censors know in advance what will be considered offensive, or hateful, or lead to violence, and in name of our Holy Liberal Ideals decide for us what we can and cannot say, or read, or write. Ofcom and the German government have as much right to this control as do President Erdogan and Vladimir Putin. For who decides that their definition of what is offensive or hateful is better or worse than those enlightened democracies of the West?

The atomised units of censorship arising in the world, with each having its own interpretation of the Progressive Ideals, each striving for a Utopian world beyond this one, reminds one of the situation in the infant United States, whereby religious denominations fought for supremacy within the new republic. The logical solution presented by Thomas Jefferson was to say that, “our civil rights have no dependence on religious opinions, more than our opinions in physics or geometry.” To guarantee true freedom, the state shall favour no religion at all. This ensured a free and open society, and was the basis of the First Amendment to the Constitution – the extension of this to the world of social media follows logically, and seems to be the only guarantee of true freedom of thought in any society.

John Stuart Mill understood this problem of human nature, when he wrote that, “the disposition of mankind, whether as rulers or as fellow citizens, to impose their opinions and inclinations as a rule of conduct on others is so energetically supported by some of the best and some of the worst feelings incident to human nature that it is hardly ever kept under restraint by anything but want of power.”  The path most conducive to free and open society is the one which least allows for such inclinations to become relevant. Accepting this, the essential separation becomes more necessary, not less, when taken in the context of universal social media. And the continuing trend of social media toward increasingly atomised units of opinion means that more discussion is necessary, not less. For if liberty means anything at all it means the right to tell people what they do not want to hear.