Part 2 of a look at the power of language. Here David Walsh reflects on a past England with three languages and a class divide. 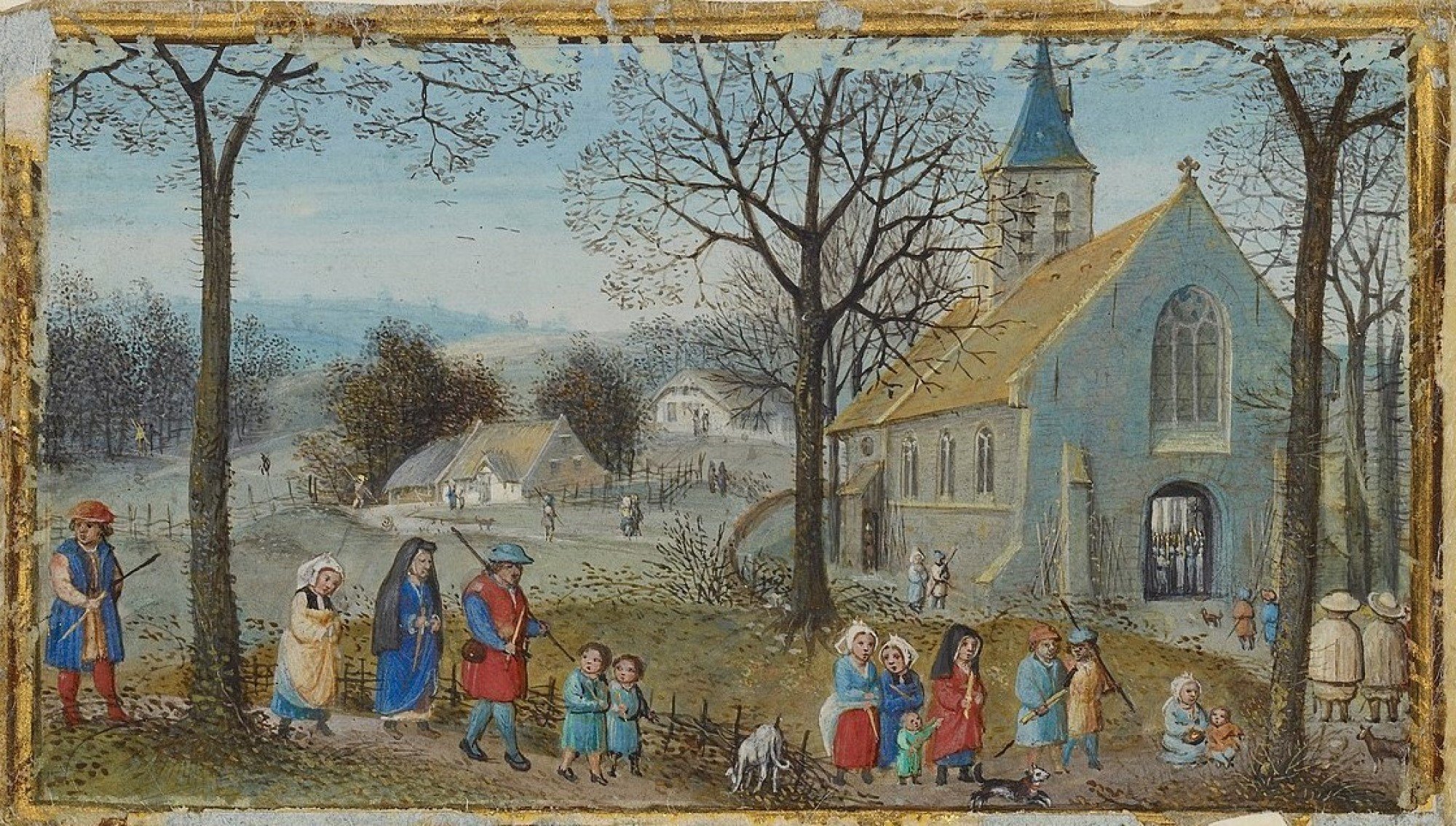 “Words are trouble, words are subtle

Words of anger, words of hate”

In Part 1, I recalled the 2019 visit of the 12th century Gysburne bible to its hometown of Guisborough in today’s East Cleveland. This brings me to a personal interest in my own language and how it can be used as a weapon of power and an instrument of control. In previous columns I’ve mused on the mixture of Cornish, East Anglian and Irish accents that followed the Cleveland iron boom, and to the way that even the Teesside accent seems to be fighting off incursions of Geordie interlaced with London street slang.

But such vocal cauldrons were nothing compared with the three great distinct language cleavages of mediaeval times, linguistic crevasses which also indelibly indicated your role and standing in society

Boris Johnson is known as a man with some skill in French, Latin and English. When he hits the TV screens, he may burble, but behind that he chooses some words with clarity. When – co-incidentally with the visit of the Gysburne bible to its home town in 2019 –  he sought to shut down Parliament, he forced a rare one – prorogation – into the headlines.

Prorogation is a classic and stark example of the Norman French exercise of linguistic power. The language of the abstract concepts he said the government needed to deal with were Latin: exciting agenda, violent crime, education and economy. He spoke only one sentence from Anglo-Saxon, the language of England before the conquest. It was a sentence where he spoke about a worker being employed to do a job, a person hired to do something tedious but also essential that nobody would thank one for but which was needed to make the whole thing work. Then it was a churl or serf watching over cattle; today it is a care worker or bus driver.

Three languages and a triple divide

The Scots / Eastern European writer, James Meek, once dwelt on these themes, and it reflects on what follows. At least six centuries have passed since England was trilingual, when the mass of working people spoke a Germanic language called “English”, the nobility spoke a bastardised Norman French and the clergy dealt in Latin. But the distant echo of these three languages, an echo a bit like the big bang background radiation picked up by Jodrell Bank, is still with us.  And the three mediaeval estates linked to those three languages – of the worker, the person of power and the cleric – offer an alternative way of understanding society in our area both then and still, albeit very faintly, now.

In the 12th century, the probable date for the scribing of the Gyseburn Bible, this triple divide was absolute. The Prior and the monks would use Latin day in and day out – both in service and everyday life in the dormitories, refectories and vestries. Outside, the local great families, confirmed in their place in society by the King and his chancellors (a word with Latin roots spread by francophone speakers), would speak Norman French. Whilst in the fields and the wattle and daub towns like old Guisborough, the vernacular would be an emerging English, but still one with a limited vocabulary and based on German with a good leavening of Scandinavian (up to the last century it was reported that Danish and Northumberland fisherfolk broadly understood each other).

This was seemingly as perpetual as the class or caste division in that society, but gradually things were to change – and that change was the harbinger of big things in the social order.

“When, in the first half of the 14th century, the Chester monk Ranulf Higden wrote his history of the world in Latin, [the day-to-day language of Guisborough Priory and the written language of the Gysburne bible], he bemoaned the dominance of the French language among the gentry in England. He blamed this on their children being brought up learning French, and also on ‘uppish men’ – aspirational peasants, in other words – trying to make themselves look good by Frenchifying their speech.”

But by 1385, when the scholar John Trevisa translated Higden’s work from Latin into English, the situation was turned on its head:

“In all the grammar schools of England, children leave French and construe and learn in English. Now children of grammar school know no more French than their left heel.”

The transformation tends to be presented in popular history as an absolute, as the triumph of English over French, as if English were taken prisoner by French with the Norman conquest in 1066, was tyrannised by it for the next 300 years, then burst free and drove the aggressor back across the Channel. As well as describing, in English, the death of French as a living language in England, Trevisa sounds the death knell for living Latin by the then radical act of translating a learned work from Latin into English.”

The infusion of French and Latin into English began long before the 14th century, but the mingling was accelerated by one event that struck England in 1348, the single worst thing to happen to humanity in Europe between the fall of Rome and the two world wars of the last century; the Black Death, which killed more than half the population.

The plague created linguistic change because it forced the ruling elites to make accommodations they had never considered before – the Norman French landowners and the Latinist priors and bishops had to befriend a previously despised anglophone peasantry whose now scarce labour value they depended on in a way as never before, with the most prominent feature being the peasants’ revolt of 1381. But as before, those echoes still sound.

The language of power

In Britain at least, that class division is still real with those who graft (a very Germanic word), those who rule and those who pray.

And so, visit any ‘traditional’ Catholic or C of E ‘high’ church, and you will hear words and an order of words instantly understandable in 13th century Guisborough Priory. Alternatively visit the Lords and you will find new legislation at the end of debate accepted by the crown in Norman French. Or, to get over this linguistic time warp, pop into any pub on Guisborough’s Westgate and simply listen around you to the English of 2022 – a language descended from that spoken by the townspeople of 1322, and which is still evolving.

But then, at closing time, go out softly (especially if it is snowing) and you might – might – just catch on the frosty air, the microscopically faint echo of a Latin plainsong chant (a very French word) coming down from the dark towers of the old priory – or so I would like to hope.