The public health impact of the policing bill

In this article I limit my discussion to the effect of the bill in public health and medicine. 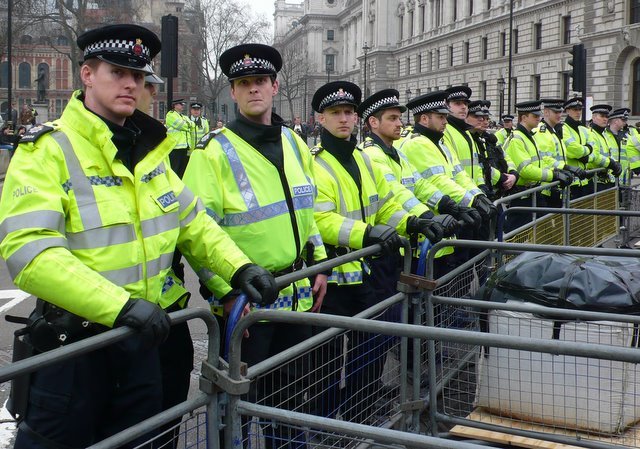 “The next time you take part in protest, don’t shout too loudly, don’t get in anybody’s way and don’t cause a commotion. Best to sit quietly in a corner and whisper your grievances.”

For the past few weeks thousands of people across the UK have been taking part in protests in response to Police, Crime, Sentencing and Courts Bill. This is a new piece of government legislation giving police the power to curb demonstrations. It’s a vast piece of legislation which includes major government proposals on crime and justice in England and Wales. In addition to limiting protests, the bill gives expansion to police powers, it criminalizes the way of life for gypsy, Roma and traveller communities and gives general expansion of the prison system.

On Monday Docs not Cops and MEDACT hosted an urgent briefing on the public health impact of the policing bill. At the briefing speakers explored how the bill restricts the right to protest, undermines the relationship between health workers and their patients and threatens public health. Also discussed were the many ways in which the health community can take part in the broad movement of action happening across the UK against the Bill.

Dr Adam Elliot Cooper ─ A research associate in sociology at University of Greenwich, who has organised with The Monitoring Group and Black Lives Matter UK. He is also the author of Black Resistance to British Policing (Manchester University Press).

Shanice ─ A feminist activist involved in direct action, community organising and the movement to #KillTheBill.

Chelsea McDonagh ─ An Irish traveller with interests in education, policy and research.

Dr Hilary Aked ─ Medact Research Manager who holds a PhD in political sociology and specialises in investigative research on topics including the pro-Israel lobby and the Prevent counter-extremism policy in healthcare.

Introducing the Public Health Impact of the bill briefing Jess Potter, chair, said that the bill was using the language of public health to justify handing the police a range of new powers. The point was also made that we would learn how health workers will be required to undermine their relationship with patients by lowering the threshold to breach consent and pass information to the police.

We heard from the speakers how the bill will result in an increase to Stop and Search powers, how police powers will identify and give injunctions to people they think MIGHT commit a crime, how undocumented immigrants will face more restrictions with detention centres effectively being a prison. We heard how travellers will be further restricted and Shanice gave a very powerful talk on the effectiveness of protest and non-violent civil disobedience.

In this article I limit my discussion to the effect of the bill in public health and medicine. Dr Hilary Aked focussed on serious violence partnerships, about the health context and what the bill means for health workers.

Aked said “… One of the most problematic things ….. the bill creates a new duty … on certain public authorities including clinical commissioning groups and, in Wales health boards, to collaborate on police led serious violence partnerships (SVPs).” Aked went on to cite the work of Liberty:

“Chapter 1 of the bill places a new statutory duty on bodies such as healthcare authorities, youth services, local authorities and education providers to collaborate with each other to prevent and tackle serious violence.

“Liberty recognises that the intention of the serious violence proposals is to protect communities from harm, save lives and prevent injury. These are aims which Liberty wholeheartedly supports – serious violence is a human rights issue which devastates communities across the country, hindering many people’s ability to live safe and dignified lives. It demands an evidence-based and just response that works with, not against, communities that bear its brunt. This bill, however, is entirely unsubstantiated by evidence, goes against the findings from the Serious Violence Strategy Consultation, and would sanction injustice and discrimination, and risks fracturing public trust in the authorities. This would ultimately exacerbate the harms they purport to ameliorate.”

Aked suggested that as you cannot predict who is going to be a future criminal, health workers and other public sectors will fall back to unconscious bias. It was inevitable that the already over policed communities will be identified as at risk that the result will be “highly racially discriminatory with erosion of confidentiality and trust within healthcare. …. this is a pre crime policy area, so no one’s committed their crimes and …. there’s no real evidence to prove these measures will be effective”.

In very specific and very narrow instances, to prevent risk of death or serious harm, confidentiality may be breached in the public interest. However, with serious violence partnerships when health workers are pressurised to pass on sensitive personal data, which had been shared in confidence, there will be the erosion of trust and deterring people from seeking care when they need it.

Aked cites an article in the British Medical Journal which suggests health should be about the implementation of interventions which tackle the social economic and political determinants of health at the root of societal problems. These include prioritising access to housing, better employment and education opportunities, increasing funding for mental health and substance misuse services this making the police obsolete.

Aked suggests the government’s PCST is focused very much on symptoms and essentially just criminalises the people at the end of this chain of societal causation. Aked suggests “An alternative approach might be a public health approach to tackling serious violence.  This would uphold basic principles such as confidentiality non-discrimination and the presumption of innocence. A transformative agenda which promotes equality and inclusion instead of accepting the status quo of inequality and exclusion and shifting resources away from policing and towards action to address the social determinants. Last week a Merseyside Police chief made headlines when he retired, and he said that if we really want to reduce crime then we should be spending money on tackling poverty and in the inequality.”

Anti-social behaviour in Newcastle has to stop say local politicians