As the panto season comes to a close Peter Lathan reflects on the region's pantos and pantomime in general. 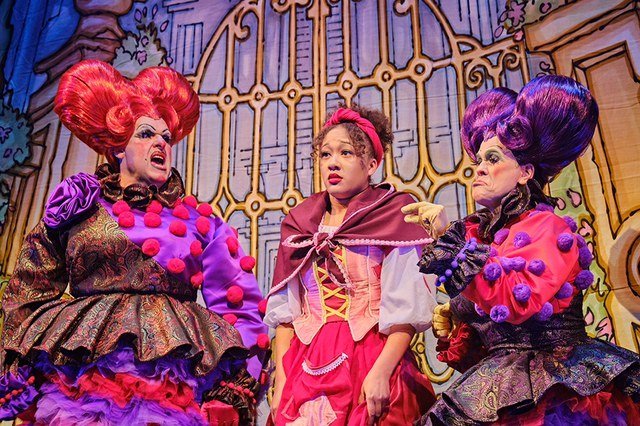 The 2021 – 2022 panto season is drawing to a close. For many Christmas Eve or New Year’s Eve signalled the time to take off the make-up for another year. Four shows (Playhouse Whitley Bay, Tyne Theatre and Opera House, Sunderland Empire and Billingham Forum) run into two or three days of January, and another four (Customs House in South Shields, Newcastle Theatre Royal, Durham’s Gala and the Georgian Theatre Royal in Richmond) run for a week or more into the new year.

Some performers will be returning to the panto stage at Easter or in the summer and others may be venturing forth onto the adult panto stage fairly soon in an attempt to bring ribaldry and more than a touch of filth to the dark days of winter.

(No prizes for guessing why Dick Whittington is a popular adult panto title!)

It’s really interesting to see what pantos have been performed in the region this season:

If we go back to 2019 (2020 doesn’t really count; it was panto’s worst ever year, thanks to Covid-19 and the dreadful mess the British government made of dealing with it), we have:

So I went back to 2018 and I found Cinderella was the most popular (5 productions), Sleeping Beauty was next (4), Peter Pan also had 4, Aladdin 2 and Goldilocks, Beauty and the Beast, Snow White, Dick Whittington and Jack and the Beanstalk 1 each.

There used to be so many! Whatever happened to Babes in the Wood, Ali Baba and the Forty Thieves, Puss in Boots, Old King Cole, Jack the Giant Killer, Sinbad the Sailor, Humpty Dumpty, Rumpelstiltskin, Little Red Riding Hood, Robinson Crusoe and many more?

With some it’s obvious. When most theatres can’t afford a chorus of six girls and six boys (which was the norm when I started working in theatre back in the 60s) but have to settle for four girls and two boys, or even, for the smaller venues, two of each, then forty thieves – or even four for that matter! – are just too expensive. Jack the Giant Killer is too like Jack and the Beanstalk and Robinson Crusoe doesn’t sit too well in a society which is very conscious of racism. But the rest? Why have they gone?

There may be some clue in the fact that of the pantos playing in the NE since 2018, only Goldilocks, Jack and the Beanstalk and Dick Whittington are not Disney films.

That’s right. The most popular NE pantos since 2018 have Disney counterparts.

In addition, the costuming (and much else) of these films have had a major impact on panto. Can you imagine a panto in which Snow White is not in the Disney costume? Or in which Aladdin’s love interest is not called Jasmine? Actually her original panto name was Lady Badroubaldor, a bit of a mouthful, really, so probably Jasmine’s better! To be honest, until Disney came along, she was usually just “The Princess”.

And there are other problems. I am still firmly of the opinion that Peter Pan is not a panto – no Dame, no slosh scene, no take-off, and, actually, too much story. It’s a great children’s book and play and, as I vividly remember from the panto at Sunderland Empire in 2018, the flying can be spectacular, but even that show, the best Peter Pan panto I have ever seen, didn’t really convert me.

I’ve reservations about Goldilocks too. I’ve never found the circus setting into which the very short story is usually shoe-horned to be very convincing. Perhaps others don’t too, which could be the reason it isn’t done very often.

(Mind you, children’s theatre company Kitchen Zoo did a brilliant version of the story for the under-5s in which Goldilocks (a puppet) was a very naughty little girl indeed! Now if that could be re-worked into a panto…)

I think it’s definitely time to throw off the shackles of the Disneyfication of panto and revive some of the now unfashionable stories and bring them to a new generation who’ll love them!

Finally, for those who set quizzes or just like this sort of thing, the longest title for a panto is Harlequin Cock Robin and Jenny Wren, or, Fortunatus and the Water of Life, The Three Bears, The Three Gifts, The Three Wishes, and The Little Man Who Woo’d the Little Maid.

I kid you not! It was written by W S Gilbert and performed in 1867.