The Stone Men of Newcastle

Have you ever walked through a town and stopped to look at a statue? Have you ever almost lost yourself in that statue, imagining who it was, what it says and does it matter now? 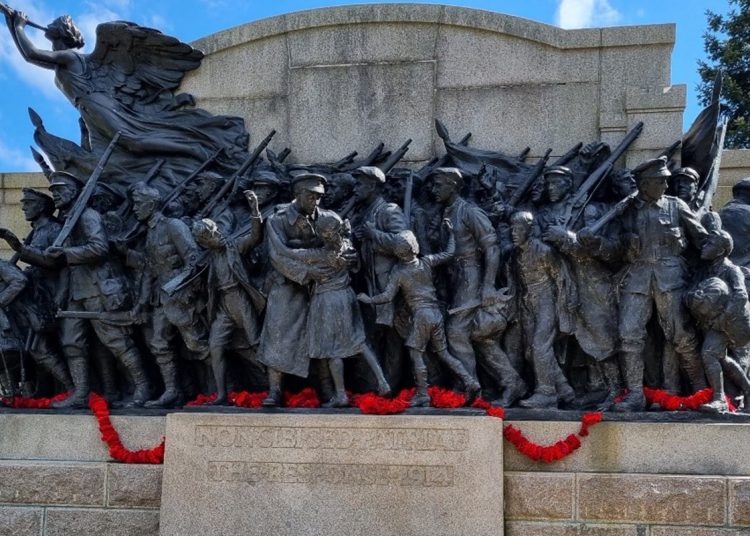 The Stone Men of Newcastle, is a a sequence of poems about the city’s statues and their place in contemporary Newcastle. It was written by Daniel Hinds, a widely published Newcastle poet from Newcastle. The audio piece, was recently broadcast on BBC Introducing Arts with Huw Stephens on BBC Radio 6 Music, and is now available on BBC Sounds until 7 June.

The Stone Men of Newcastle is told through the eyes of The Commuter, the speaker and poet-figure, as he encounters the statues of Newcastle as part of his daily life working in the city.

The sequence takes in Sir Antony Gormley’s vandalised Clasp sculpture, the St George and the Dragon war memorial at Eldon Square, another monument for the First World War, The Response 1914, and the Mercutio statue in Newcastle’s Theatre Royal.

The current debate on statues

The Stone Men of Newcastle concludes with a consideration of the future figures we will immortalise in bronze and stone. The sequence enters into the current debate, typified by the Rhodes Must Fall movement and the toppling of the Edward Colston statue in Bristol, on how we engage with art and history in the form of statues. The statues sometimes co-exist uneasily with their setting: they are surrounded by the distractions of modern life, represent a past impossible to compete with or at odds with our values, and are vulnerable to defacement.

Yet, they can also be sources of inspiration, beauty, and connection to the past, sites of contemplation as well as conflict.

The piece was commissioned by New Creatives, a talent development scheme supported by Arts Council England and BBC Arts, and delivered by Tyneside Cinema. The sequence was performed by prolific Geordie voice actor Dan Pye, and stage and screen actress Stacey Ghent. The lead audio production partner was Naked Productions. You can listen to The Stone Men of Newcastle here. (featured 4-18 minutes into the programme 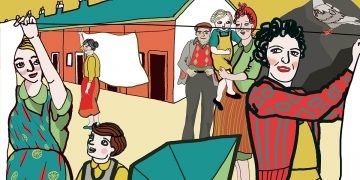 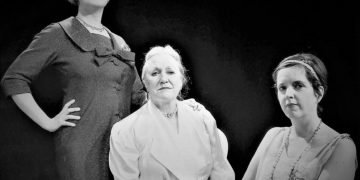 by Judi Sutherland with Lyndsey Dickinson, Christina Mueller-Stewart and Nicola Tipton
Next Post