A 1967 plan for holiday islands in the Tees Bay 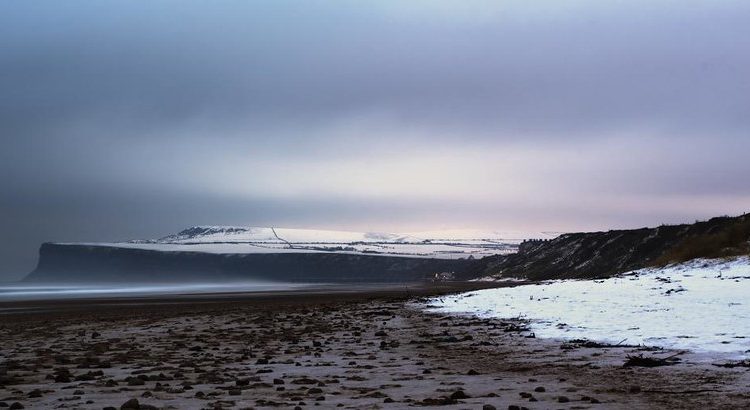 I received a lot of appreciative feedback from North-East Bylines readers and other more widely spread web scrollers about my ‘lost community’ pieces on Warrenby, Barnaby and Sneaton Snook.  It was the latter – an anarchic higgledy-piggledy collection of beach huts, houseboats and a rather ramshackle funfair that brought most trade and interest.  So today, for the delectation of readers, not another lost community but one that never got off the ground (in both the literal and metaphorical sense) in Tees Bay. It came from an obscure cutting from the Middlesbrough Evening Gazette from July 1967.

At that time, June 1967, whilst the rest of the world were getting on by with the Summer of Love, was also the apogee of the post war boom and all kinds of speculative ideas for ‘development’ were the zeitgeist for the time. The paper, under a faded microfiche display, showed a banner headline (insofar as that then rather staid paper used big headlines) shouting “Research into Scheme for Artificial Island Holiday Resorts”. The story said that an unnamed “Norwich Company” was planning to build five artificial “Holiday and leisure islands” on inshore North Sea waters between Redcar and Staithes.

Each island, it was said, could have accommodation for 10,000 holidaymakers. The islands would be linked by a roadway, and would host activities like “theatres, conference facilities, funfairs and marinas” all surrounded by chalets and holiday apartments. The plans, the paper said, were being discussed “behind closed doors” with local urban and rural district councils, the County Planning Officers of the North Riding and with planners working on the Teesside Survey and Plan for the new, emerging Teesside County Borough.

All of the council officers contacted by the paper refused to comment, with the exception of a Mr Leslie Colbeck, the NE Regional Officer of the grandly named “Central Council for Physical Recreation” who was gushing in his praise for the idea. “We would regard this bold plan as an intelligent approach to face the problems of recreation.” He went on to say that “in his own view” that “the emphasis should not be on a ‘fun palace’ but as an adult recreation centre based on boating, as that is how people want to spend their time these days”.

An (inevitably, it seemed) ‘unnamed consultant’ for the project said:

“This is not the project of a weird and wonderful imagination. It is a fact, and if it proves viable, the money needed will be raised, and work could begin within three years.”

But that seemed to be that. No more was heard of the new Atlantis that would rise from the waves off of Huntcliff or the choppy waters of Tees Bay. Indeed, whether it would have managed to rise to accommodate all the thousands of holidaymakers that were anticipated would have been, to my mind at least, debatable, as the anonymous consultants promised that the islands would be built using “the hundreds of thousands of tons of shale from the unsightly pit heaps of the old Cleveland ironstone workings”.

Whether slippery shale and the never ceasing, never ending North Sea tides would be compatible partners is a question most people would answer in the negative.

Like other imagined islands – Hy-brasil, Atlantis, and Robinson Crusoe’s “Island of Despair” – the scheme turned out to be a chimera, based on an almost Soviet scale idea of mass holidays for docile factory hands and their families. The consultants in their dream world of prefabricated chalets and a necklace of islands connected by dual carriageways for the Ford Anglias and Morris Oxfords of the day had not spotted that the word was moving on – in this case to the warmer waters, beaches and better sunshine of the Spanish Mediterranean, Ibiza or the Canary Islands.

As Abba put it

“Fantasy Island, you know we have a dream……..together star shine,

You know I wish that we could stay like this forever

Fantasy Island, you know we have a dream.”