In Clarke’s world, ‘the hard Left’ appears to be anyone in the Labour Party. 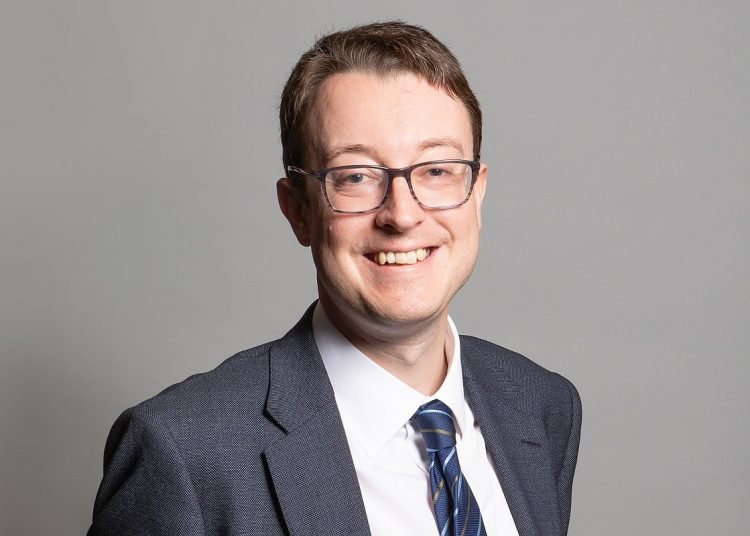 Simon Clarke is feeling a “surge of gratitude” towards Boris Johnson. He thinks we should all feel the same. As it was only on account of his decisive defeat of Labour in the 2019 election that, thankfully, we have him around now to lead us through the “colossal military, political and moral defeat in Afghanistan”. Imagine, if you will, how awful it would have been if that job had been left up to Jeremy Corbyn. Then where would we be?

Clarke, MP for Middlesbrough South and East Cleveland (Con), has had a bit to say about that crisis over the past few days. Recently, he retweeted, without comment, a post by GB News presenter, Andrew Doyle, containing video of Afghan comedian, Nazar Mohammad, shortly before he was murdered by the Taliban:

The story itself is shocking and has elicited a widespread and impassioned response. But the Taliban takeover in Afghanistan has occupied Clarke’s thoughts on more than one occasion recently. On the previous day he retweeted an op-ed by Conservativehome CEO, Mark Wallace, in the i with the comment  “I agree with every word”.

Clarke’s article in the Daily Telegraph

And well he might, as it closely resembles an op-ed he himself published a few days earlier in the Daily Telegraph (reprinted on his Facebook). He is in absolutely in no doubt who is to blame for the crisis:

“… It has arisen owing to the appalling misjudgement of President Biden and the reluctance of NATO allies to join Britain in pursuing an ongoing security presence in the country. As a result, the world is now a more dangerous place, and that poses profound questions for our national foreign and defence policy.”

In other words, ‘the West’, not including the UK, has suffered defeat at the hands of the Taliban.  The issue summed up in 65 words, before Clarke moves on to the other main culprit – the Labour Party.

Labour is a favourite of Clarke’s

The gist of the remainder of the article (another 580 words) is that it has to be an enormous relief to everyone that Boris Johnson “was able to defeat the menace of a hard left government taking power in this country just twenty months ago.”  The country is a safer place because of it.

Labour is a favourite of Clarke’s.  Analysis of his tweets shows that his references to Labour far outweigh any other theme:

What the article omits

The newspaper article is remarkable as much for what it omits as for what it includes. No defence of Dominic Raab’s failure to return from holiday as the crisis unfolded, or Johnson’s failures of diplomacy in negotiations with Biden, or the fact that the collapse of the Afghan government was entirely predictable, meaning that the desperate scramble to leave the country, and the abandonment of large numbers of people to their fate at the hands of the Taliban could have been significantly alleviated. No discussion of the priorities of government on this issue in the coming months. No opinion on whether the British government should acknowledge the Taliban as the legitimate government of Afghanistan. No mention of refugees.

And what are we to make of the silent retweet of the post by Andrew Doyle?  If Clarke had nothing to say about it, why retweet it in the first place?  Most of those who commented on the post had something to say about Nazar Mohammad’s bravery, as you might expect (plus a few deluded souls who make a call to arms to defeat the Taliban, somehow unaware that we have been at war with them for twenty years and just came second).

Many Tory MPs promote GB News at every conceivable opportunity.  Ensuring the success of the channel seems to have become something of a crusade, presumably as part of their war against the BBC.  Notice that Doyle’s tweet is a link to an article in the Daily Mail, not a story that originates at GB News itself.  But Doyle adds something to it, which Clarke, had he realised who he was dealing with, may have thought better of bringing to our attention.

This was a quote from Hannah Arendt.

Political scientist and philosopher, refugee from Nazi Germany, author of The Origins of Totalitarianism, and, perhaps most famously, the person who, following the war crimes trial of Adolph Eichmann in 1961, coined the phrase ‘the banality of evil’.  Given what we have seen in the past of Clarke’s rather tenuous grasp of history, we think it safe to assume that he has never heard of her.

What would Hannah Arendt have made of Simon Clarke?

The answer is, probably ‘mincemeat’.

To begin with, consider the following:

“Totalitarianism in power invariably replaces all first-rate talents, regardless of their sympathies, with those crackpots and fools whose lack of intelligence and creativity is still the best guarantee of their loyalty.” (Arendt, H, 1951, The Origins of Totalitarianism)

Which many will consider neatly sums up Johnson’s operation in Downing Street. If there is a plan about how to manage the refugee crisis resulting from the Taliban victory, then the government is keeping very quiet about it.

The Guardian, on 29 August, provided a snippet when it reported that the Ministry of Housing, Communities and Local Government (MHCLG) had announced that two thirds of local councils were yet to reply to a request to provide housing for Afghan refugees. Anyone who thought that this might be a suitable subject for comment by Clarke will be disappointed, as he has other agenda.  Thus, his 18 August Telegraph article:

“… the hard Left in British politics have shown consistently that they will support any cause that stands against our country.”

“In June 2017, if he had managed to win just a dozen or so more seats … it would have fallen to a government led by the Socialist Campaign Group to respond to this major crisis in international affairs – and there can be no doubt as to the course of action they would now be advocating.”

“This is a daunting challenge – but as we negotiate it, we are fortunate to have a government that believes in the values of the West and that is clear-sighted enough to recognise the adversaries who will always seek to profit from any weakness.”

In Clarke’s world, ‘the hard Left’ appears to be anyone in the Labour Party. Even were the insinuation of subversion by Labour not a ridiculous statement, the fact remains that Clarke makes no effort to support the work of the ministry of which he used to be part in the pursuit of its legitimate aims. Because, of course, his party has spent considerable energy in recent years by scaremongering over immigration, as it sees this as a vote winner. By the time we get to the final quote, from the conclusion of the article it is unclear whether ‘the adversaries’ are the Taliban or the Labour Party. An ambiguity that is entirely deliberate.

Moreover, while Johnson announced to the House of Commons on 8 July that of the 750 army personnel that had remained in Afghanistan after the withdrawal of combat troops in 2014, most had now left, Clarke has no compunction in referring to “the appalling misjudgement of President Biden and the reluctance of NATO allies to join Britain in pursuing an ongoing security presence in the country.”

How does Arendt characterise this?  As follows:

“… it is exactly what Hannah Arendt argued 70 years ago about the nature of modern propaganda. The point of propaganda is not to make people believe it. It is to foster cynicism so that we don’t know what to believe and come to believe that nothing is true, no facts are reliable, and the world is simply a battlefield for partisan ideas.”

If anyone would like a demonstration of that, look no further than Clarke’s Facebook page.  In a post congratulating the armed forces on their return to the UK from Afghanistan:

“A huge thank you to the men of 2 PARA and 2YORKS who have done such outstanding work in #Afghanistan and are now coming home safely. Likewise to the RAF for a massive airlift.”

And here is a selection of the responses he received:

These manifestly racist comments attracted no response. Clarke’s comms team knows better. The- ‘we need much harder racism from you’ type of comment is actually grist to the mill for Clarke.  Keep the racists wanting more, and you keep them on side. They are not repudiating him with their cynicism, and with their talk of an ‘invasion of illegal economic immigrants’ they are egging him on.  His Facebook page both serves as their platform, and as a source of news with which to feed their outrage.

Not stupidity but menace

That Clarke can reduce a catastrophe like Afghanistan to the triviality of gratuitous sniping at his opponents reveals his shallowness as an individual. But one who intuitively understands the value of fostering cynicism. He may be an also-ran in the Tory Party, but he serves its purposes well. His comments here may seem stupid but look more closely and we see the reality behind them. That reality is not stupidity. It exists to promote bigotry, to undermine respect for our democratic institutions and processes.  It is not stupidity, but menace.