The Tragedy of Macbeth

If you are already a Shakespeare fan or expert, then The Tragedy of Macbeth worth a watch. If you are new to Macbeth then this film is a great introduction. 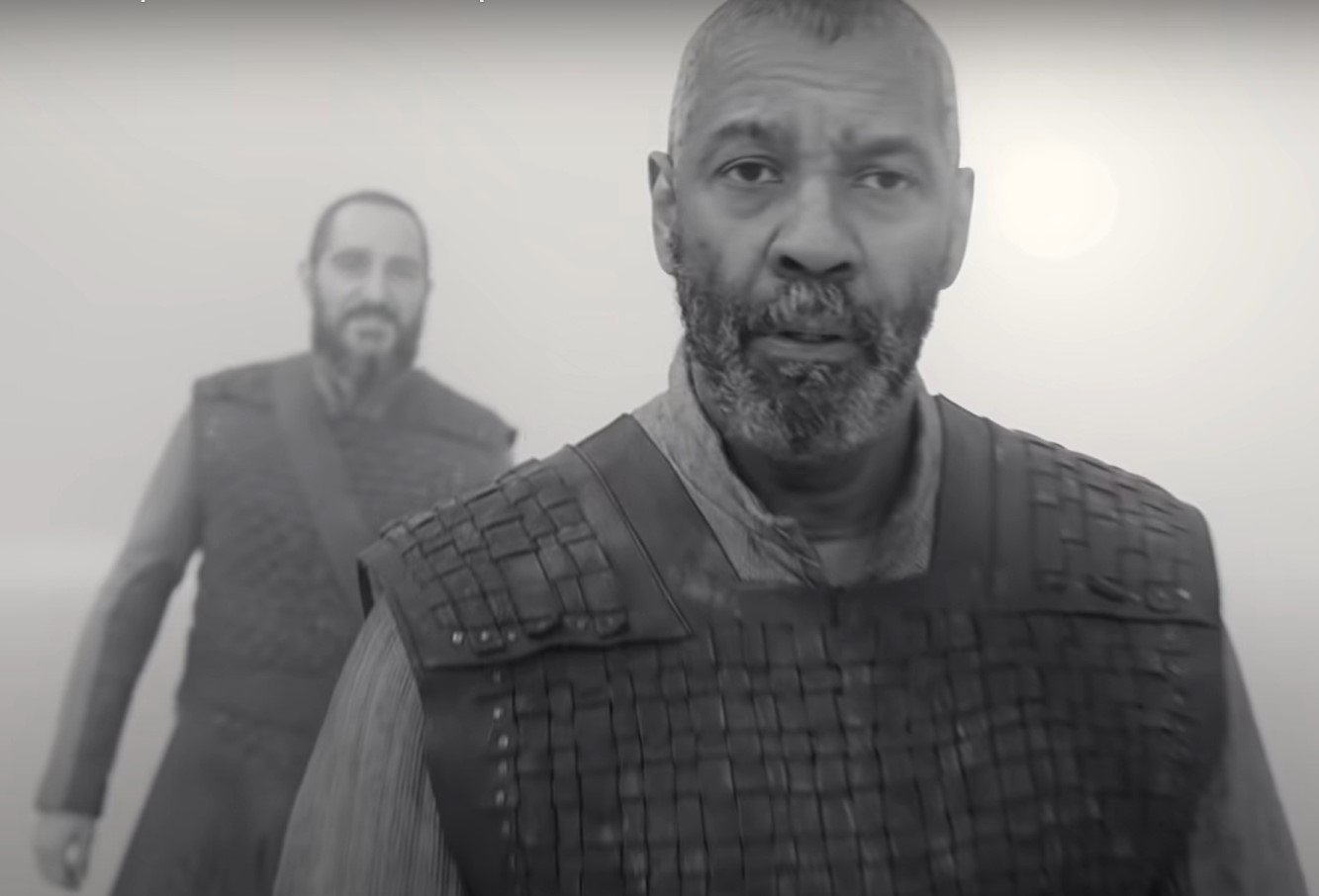 The Tragedy of Macbeth Screenshot from trailer

I went to see The Tragedy of Macbeth at the cinema recently. It is a 2021 film directed by Joel Coen and starring Denzel Washington, Frances McDormand and Alex Hassell among others.

This was my first outing to see a film in two years and I chose to go to the wonderful art deco Tyneside Cinema. It’s the only independent cinema in Newcastle. It was a real treat to be there again.

And onto the film. As the name tells us, it is Shakespeare’s Macbeth, a story very familiar to many of us. A story of betrayal, superstition, power, politics, love…What could they do to make the story relevant to nowadays and give it a fresh look?

You can tell by the length of the film (at 1 hour 45 mins) that the script has been cut. This may not make me popular with the Shakespeare purists but I actually thought this was a great decision. It is my opinion that, loving Shakespearean language, I have often found the plays of the Bard rather too long. This version, I think has pared back the text, not to the bare minimum, but to a point where nothing is lost of the story, but where it can move at a pace that really works. And as far as I could tell, all of the main speeches retain their power, beauty and tragedy.

Unsurprisingly, the actors are all very strong indeed. Denzel Washington plays a believable and increasingly troubled Macbeth and I loved Frances McDormand’s sometimes slightly down-played portrayal of Lady Macbeth. One of the best I have seen. Alex Hassell is an enigmatic Ross, almost outside of the unfolding drama.

One thing did bother me at the start of the film was a bewildering variety of accents. However, once I got into the story this faded into the background and wasn’t really a problem.

This is the bit where I really do want to wax lyrical without giving too much away. The film which is in black and white, is set in a kind of stark and surreal Scotland, which disturbingly draws in the viewer right from the start. It is a perfect backdrop for the harsh, violent and politically dangerous world of Macbeth.

I especially liked what this film did with the weird sisters (witches). Intriguing and creative cinematography makes use of reflections, circling birds and interesting soundscapes to add to the original language. This has the effect of heightening the superstitious elements in the play in rather a strangely beautiful way. And there was actually only one witch!

In a word yes! If you are already a Shakespeare fan or expert, then The Tragedy of Macbeth worth a watch. If you are new to Macbeth then this film is a great introduction.