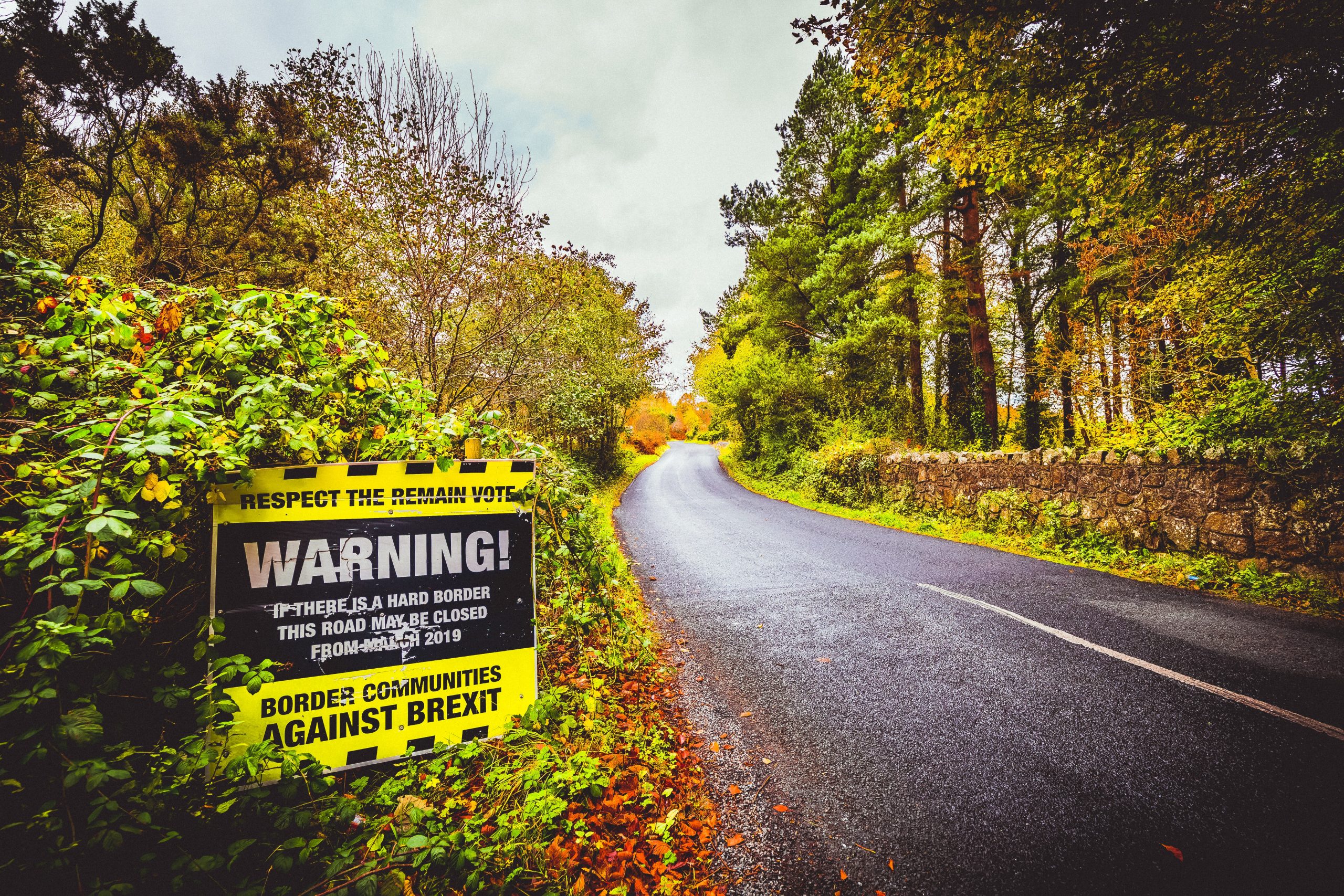 Dialogue has to start and respectful truth has to be spoken, otherwise any attempts at solutions are just one misunderstanding, one celebration, one meme from collapse. Photo Jaime Casap on unsplash

Where I am from, in Northern Ireland/ The 6 Counties/ The North (where Winterfell is, really), we have a lovely portmanteau word – ‘themuns’, pronounced them-ins. It‘s ‘those ones’ or ‘them folk’ to equal ‘them ones’, ‘not us’ and it is barked in every conceivable scenario – and often the mirror-image-identical one. Themuns are always winning somehow, despite their nefarious ways.

‘Themuns kicked off the latest round of rioting’ etc, ad nauseam, ad molotovem …

Growing up with a foot firmly in ‘each camp’ in 80s and 90s Northern Ireland, I could always visualise and empathise with the greater part of either viewpoint, Unionist or Nationalist. Never the crazies, mind!

The history of our wee part of these islands has funnelled the Green and Orange supporters into an age-old antagonism. Whether you take the rift to begin from the Scottish Plantation in the 17th century or even the arrival of the Normans in the late 1100s (at the behest of an Irish king), there’s a threnody of lamentation for what themdespicableuns have done.

For at least four centuries, an initial crevasse of distrust has been relentlessly carved into an uncrossable schism, one that adamantly defies calls for common ground – and in many cases basic sanity. Although papered over (bravely, admirably) by the Good Friday Agreement in 1998 – to howls of protest from the parties who have held office ever since – the divide remains. For the most part it is a canyon too fraught to bridge, despite the tireless efforts of many earnest and tenacious peacemakers and a growing number of ‘third party’ advocates now including independent candidates and grassroots groups.

Whether it’s the punitive, usually draconian and lethally oppressive measures imposed from London or formerly Dublin Castle on the natives, the correspondingly deadly attacks by Irish separatists, or any tit-for-that that follows: ‘Themuns started it’. Wherever you want to start the chicken-and-egg litany of who wronged who, by famine or terrorism…. WE’VE BEEN REFINING AND LIVING AND BREATHING THIS HATRED FOR HUNDREDS OF YEARS.

This reflexive, bone-deep despising of Themuns even seems to be worn with perverse pride by many of my countrymen: a badge to display in bitter sneers at their neighbours, to the grunting applause of their peers.

To see the same level of absolutism entrenched, reverberating with malice and now crippling the rest of the UK in just four years stuns me beyond belief. Where has this vitriol sprung from? Was it always resident behind the breasts of our English cousins, friends/invaders, oppressors?

How can it be that, for any political question of our times, the answer squirms back to Brexit, implacably cited as a defence or attack stance? Any calling to order of extremism or mismanagement, poor governance or even flat lies – in the face of all-consuming evidence to the contrary – is reviled as sour grapes by the ruling party. A charge of being saboteurs or obstructionists pings in the other direction, sure as an 11th Night riot in Belfast.

Result: Dogmatic deadlock and growing suspicion… mind you, that’s usually already a given. In recent years, that appears to be the norm. Amongst all of this, the unending posturing, browbeating, taunting and cruelty have sprung up to make rational dialogue seemingly beyond reach. Commentary is primarily poisonous and partisan, prurient patriotism preached by all parties.

We are now at a point where, upon being asked about a malicious foreign actor’s possible involvement in UK domestic policy, the UK Prime Minister retreats behind the now proven battle standard. Such accusations are a blind to ‘defeat the will of the people’… even when it’s that exact ‘will’ that may need examination, re a voting process allegedly corrupted, distorted and suborned? The matter of Brexit, seared into the collective reasoning, welded to the body politic and worn as increasingly immobile and constrictive armour, now divides venomously, making it a cause that goes beyond all previously seen in UK politics.

Three ‘Brexit days’ have passed, all manner of deadlines, negotiations and delays. We are now on the road to ‘Getting Brexit Done’ (with all the attendant/denied shifts away from the promises of spring 2016). We will surely have a near future peppered with further ‘trite, slyly sinister’/’British good-sense’ three word slogans, universally agreed to be frankly dull.

Indeed the future is desperately uncertain (apparently there’s some bug going around too), but both sides are hunkered down, certain of their moral rectitude and the eedjitery of themuns. There is no middle ground being sought, and seemingly no rising above the murky quagmire of ‘Brexit: Woz you for or against, Mate?!’

This entrenchment won’t go away any time soon. The bitterness quickly swings into desire for violent response. Verbal attacks do indeed transmogrify into sticks and stones. Or maybe that’s just an Irish thing?

The amplification of conflicting views on social media only serves to accelerate and saturate polarised prose and positioning. At least we still have the reasonable and dispassionate UK print media to keep the worst excesses in check, what?

In the parlance of this decade’s hyper-partisan confrontational politics, the key message of governing or campaigning is just to ‘energise the base’ of your respective combatants. The more divisive, the easier to emphasise one’s superiority over themuns, and so much the better!

Yes, combatants. Please believe an Ulsterman on this situation becoming more fraught, as lines of communication are irrevocably cut, the words of opposing viewpoints are indelibly smeared and suspect. Eventually, nothing will be common cause, except possibly a shared external enemy (maybe someone trying to suborn the political process from outside or something, but that just sounds too far-fetched, I guess).

Dialogue has to start and respectful truth has to be spoken, otherwise any attempts at solutions are just one misunderstanding, one celebration, one meme from collapse. I’ve seen it. But if it does all go tits up (in a non- ‘Carry On’ way), remember the key mantra: try it in a Norn Iron accent.

Themuns are off their nuts!

Sure ye know ye can’t trust them, not a one of them.

We’d all be better off if they just cleared away off roun their own doors.

Or if they just went away altogether. … And we know where that thinking ends.