There are enough by-election candidates to fill a minibus, but who really speaks for Hartlepool?

So, in order to try to get a picture of what the real issues affecting Hartlepool are, we need to look beyond these parties. 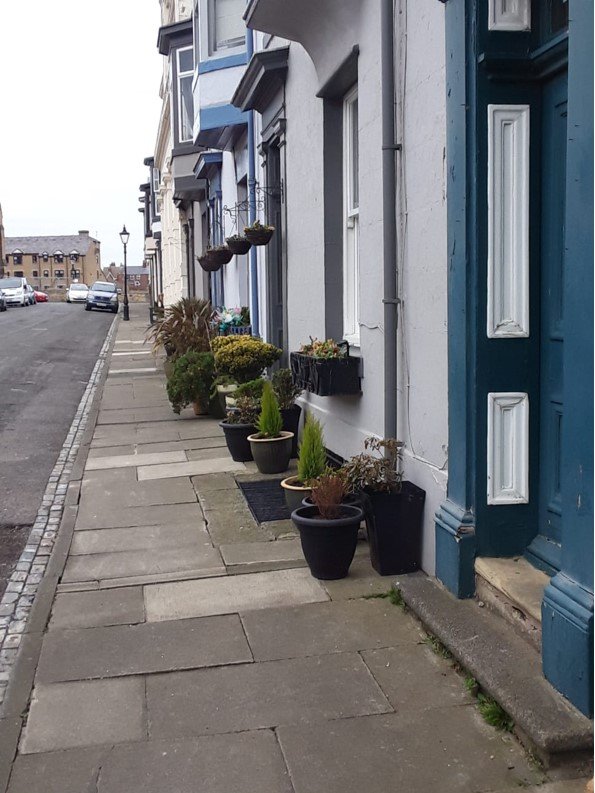 Spare a thought for the returning officer at the Hartlepool by-election on 6 May. In order to host all sixteen socially distanced candidates for the result, they will need to find a stage 32 metres long.  They may have to resort to desperate measures, like telling the superannuated public schoolboy from the Monster Raving Loony Party that he has definitely lost and nobody finds him funny anyway, so could he stay at home that night. Or they may have to hire the pitch at Hartlepool United FC.  Whatever happens, the returning officer, the unsung hero of the British political system, is going to have a few sleepless nights between now and next month, trying to get everything organised for the big night.

This by-election is turning into the massive bun fight we always knew it was going to be. A poll of 502 people on 5 April put the Conservative candidate in the lead on 49%. The methodology of that poll was so suspect, however, that even the Tories weren’t dining out on it. So there’s still everything to play for here, even if some of the candidates are probably already consigned to oblivion. We found one this afternoon (whom we shall not name) who has more seconders on the election nomination form than he has followers on Twitter.

Covid-19 restrictions mean that Labour cannot mobilise its usual army of canvassers, and so its most potent weapon has been neutralised. The Conservatives, while apparently enjoying a vaccination bounce in the opinion polls elsewhere, have thrown caution to the winds and generated a candidate from the party machine with no local connection to Hartlepool whatsoever. Their candidate, Jill Mortimer, also eschews social media, and managed to stand as a candidate in Leeds East in the 2019 election without attracting any local or regional media interest at all. She is a candidate without profile, almost a cardboard cut-out, as you might say. But while the recent poll may not be taken entirely seriously, it does at least indicate that the Tories are not yet being repudiated for their choice.

There remains, nonetheless, some sensitivity around the issue of the local connection, which seems to be particularly important for those candidates setting out to upset the status quo. Of the current set of candidates, a few are local to Hartlepool, and two of these, Sam Lee and Adam Gaines, standing as independents, have agreed to speak to us. Reports on those interviews will be published shortly.

Our electoral system does not favour independent candidates – only thirteen have been elected to the UK parliament since 1950 – they are, more often than not, shunned by the media, and the serious ones share a space with minority parties, extremists and mavericks. So, do they provide anything more than a carnival atmosphere? At the very least, you have to admire people who are prepared to enter a contest in which the odds of winning are stacked heavily against them. But is there more to it than that?

No matter how plausible the main party candidates, their responses to questions have been scripted at their respective party headquarters, making whatever they say entirely predictable, and, in the process making what they say largely irrelevant. So for the Tories it’s a case of: “we are rolling out our world beating vaccination programme to get us out of this terrible pandemic, so that we can get on with our world beating programme of Libertarian deregulation, which, in reality, is largely to do with handing out public sector contracts to our party donors, and no, we won’t be answering questions about David Cameron because our majority in Parliament is so big we can actually do whatever we want.”  For Labour, on the other hand, it’s a case of: “we’re very, very, very relaxed about Brexit, and remember how good life was in [insert name here] before the 2010 election.”  Generic messaging delivered to the citizens of nowhere. We talk, you listen; just mark your cross for us on polling day. That’s your job. Nothing more.

Whether they achieve widespread popularity or not, what the independents and minority parties do is answer back. In so doing their voice is not necessarily progressive, of course. Set aside your revulsion at UKIP for a moment, and consider that they did not invent the xenophobia that eventually delivered Brexit, they just weaponised a sentiment that hitherto had been kept hidden behind the net curtains.

And what do the major parties do in the face of this kind of insurgence? They crumble. The Tories, where once the Churchillian pro-Europeans dominated, have stolen UKIP’s clothes, while Labour has had the rug pulled out from under its feet. What the political upheaval of the past five years has shown is that neither of them is good at generating new ideas.

And to be honest, the national press doesn’t help. A typical example of reporting on this by-election appeared in  the Observer on 11 April, in which a reporter arrives in Hartlepool, stops at a Costa drive-through to get a cup of coffee, chats to three people while waiting in the queue, then heads back to London to write up the article, including absolutely everything the three people in the queue for Costa said plus a rehash of 502-sample poll. Effortless. And wholly uninformative.

So, in order to try to get a picture of what the real issues affecting Hartlepool are, and what its future should be, we need to look beyond these parties, to find the people who have given it some thought and who, importantly, have written their own scripts. These are to be found among the independent candidates in this election.

Hartlepool is a place in transition. It has been the epitome of the depressed left behind northern town. At present it is heading towards becoming the dormitory town by the sea for Teesside (assuming Teesside experiences the economic boom that Sunak attempted to kick start in the March budget). If there is an alternative, then we want to find out what that might be and how it might be achieved.

So, coming soon: we present Sam Lee and Adam Gaines, independent candidates in the Hartlepool by-election.