We would do well to remember how British prosperity has long been intertwined with the rest of the world – and what “global Britain” has meant for those who were subject to British imperialism. 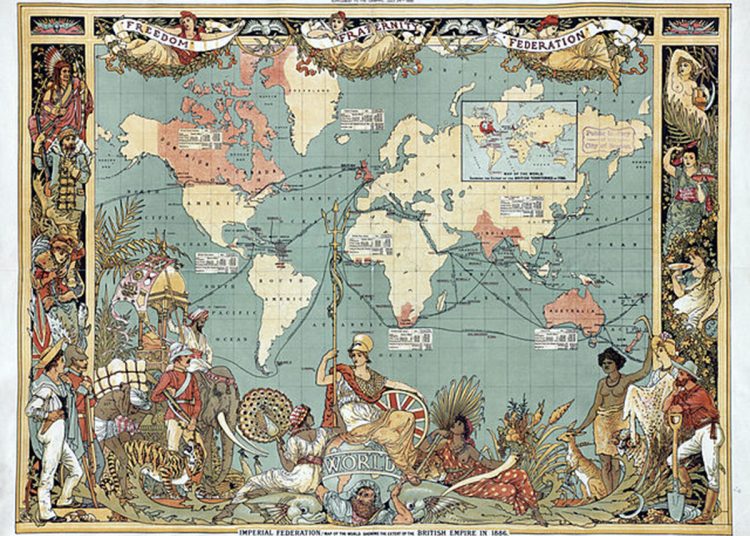 The revelation that Chancellor Rishi Sunak’s wife Akshata Murty claimed non-dom status in the UK for years has drawn renewed attention to an imperialist policy that still holds today. Non-doms may live in the UK, but are considered by the tax authorities to be “non-domiciled” in the country and therefore pay no tax in the UK on their income earned elsewhere.

The backlash to Murty’s non-dom status pointed out that the chancellor’s family benefited from tax loopholes as he raised taxes on the rest of the country. Some articles highlighted the irony that Murty, an Indian citizen, was taking advantage of rules originally put in place to protect the money British imperialists were making in India. Non-dom status is one of several polices and provisions that have roots stretching back to the British Empire, not just in India.

At the end of the 18th century, Britain’s “sugar colonies” were still its most profitable imperial possessions. The 1799 income tax – Great Britain’s first such tax – exempted non-resident British subjects from paying tax on incomes derived from outside Great Britain. Thousands of British men and women owned agricultural estates (or portions of them) in the colonies, where enslaved men and women laboured to produce sugar, molasses, rum, indigo, coffee and cotton. The favourable tax treatment these individuals secured is testament to the power of the colonial lobbies in policymaking at the time.

The act’s non-dom exception would have encompassed absentee plantation owners who could claim their time in Britain was only a sojourn, as well as all the thousands of British subjects abroad in the West Indies and South Asia. It helped keep plantation owners flush with the cash they needed to keep the wheels of the imperial economy turning, and provide the goods that would pay the customs and excise taxes to keep the government afloat.

Now, a new generation of international elites are using such relics of empire as non-dom status for their own gain. The difference is that today, people from all over the world can take advantage of the UK’s favourable tax system, while in the past Britons went out into the world to make their fortunes.

Other imperial policies from the 18th century are also having a resurgence. The current plan to create eight freeports in England resurrects a strategy deployed by the British government in 1766. Now that the UK has exited the EU, it has the ability to alter its trade policies. The freeports plan will allow for lower taxes, customs duties and other regulations in a defined geographical area, known as a special economic zone, around a port. The government hopes the bundle of favourable policies in a freeport will spur job growth and economic activity.

In the 18th century, the government aimed to accomplish similar goals through a loosening of trade restrictions. Then, it was the mercantilist system as established by the Navigation Acts that most restricted trade. Those laws confined most British trade to British ships, imposed duties on foreign products, and banned British colonies from trading with the other European powers and their colonies. Merchants from New England, for example, could not legally sell food and lumber to the French and Spanish West Indian colonies as they could to the British ones.

The Free Port Act of 1766 marked a significant break in this restrictive trade system. It opened four Jamaican ports and two in Dominica to foreign traders, partially repealing the mercantilist policies that had organised British trade for a century. Trade between British and Spanish colonies subsequently boomed. Exports of African captives and British textiles from Jamaican ports to Spanish American ones made up much of this enlarged trade.

Any port in a storm

Meanwhile, some longstanding policies have been consigned to history, unlikely to ever return, yet their effects continue to be felt. The 1703 Methuen treaty between England and Portugal is one example. As part of a diplomatic alliance forged during the war of Spanish succession, Portuguese wines enjoyed favourable customs treatment in England. The treaty helped solidify the famous wool for wine trade, which the economist David Ricardo used to illustrate the power of comparative advantage.

The British taste for port and Madeira wines owed much to the price advantage Portuguese producers held over their rivals. Additionally, merchants in Oporto and Madeira – many of them British – adjusted their products to meet their customers’ taste, showing high levels of entrepreneurship and innovation. The Methuen treaty may be long gone, and dry wines more popular than fortified ones, but a glass of port at Christmas continues to be a British tradition.

When we look at Britain’s history, the imprints of empire are unmistakable. In the past, British men and women could make money around the world behind protectionist walls. Today, the UK courts foreign opportunities through liberal regulatory and tax policies.

Following Brexit, the UK is now seeking to redefine its international standing with its “global Britain” slogan. We would do well to remember how British prosperity has long been intertwined with the rest of the world – and what “global Britain” has meant for those who were subject to British imperialism.

Hunter Harris, Postdoctoral Research Fellow in the City of London and the History of Slavery, University of Oxford

Hunter Harris is a Postdoctoral Research Fellow in the City of London and the History of Slavery, University of Oxford