Middlesbrough, Hartlepool and Redcar councils have passed motions on investigation and monitoring marine deaths after Defra closed the case 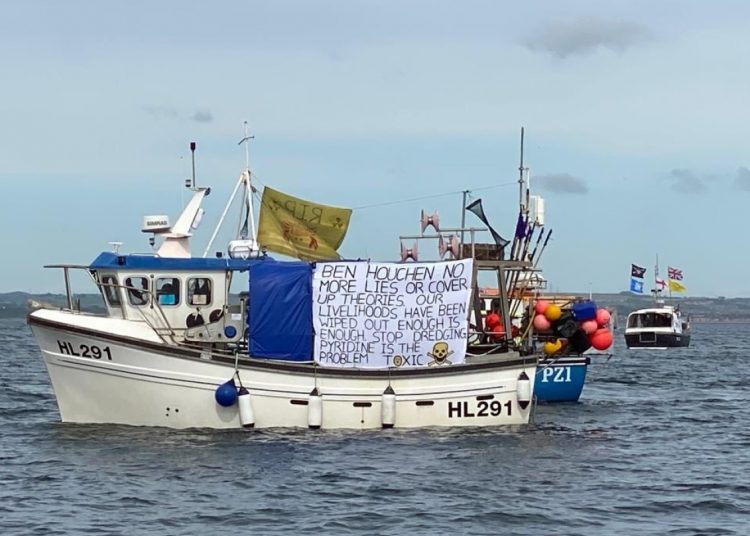 The unprecedented deaths of sea creatures along the North East coast has stirred three Tees Valley councils to action. Thursday 14 July saw two motions passed at Hartlepool and Redcar council meetings. They follow a successful motion at Middlesbrough earlier this month. The hat-trick of motions was co-ordinated by all three Labour groups, but as they are all in a minority, required the support of other councillors to succeed.

Last October, dead crabs, lobsters and other crustaceans washed up along the North East beaches. The heaps of corpses were waist-deep in some places. Dead porpoises and seals also appeared and fishers complained about barren stretches of sea where there is no life.

Two more waves of marine deaths appeared in February and May this year.

Suspicions were aroused because the crustacean deaths occurred at the same time as work clearing the old SSI steelworks site. The SSI works closed in October 2015 with the loss of some 2,000 local jobs. Now called the Teesworks Site, it is destined to become part of Tees Freeport, the brain-child of Tory Tees Valley Mayor Ben Houchen, promising 18,000 jobs. Houchen has staked his career on the success of the freeport.

An investigation by Defra based on satellite images concluded in February this year that the mortalities were due to an algal bloom. They closed the case in May.

Local fishers disagreed. The Whitby Commercial Fishing Association commissioned a report by pollution scientist Tim Deere-Jones, who noted the high levels of the hydrocarbon pyridine found by Defra in the dead crabs. Pyridine could be a legacy of Teesside’s heavy industry. Defra did not investigate the evidence of pyridine, which was 74 times higher in the local crustacean corpses than in crabs in Cornwall.

Then there’s the dredging which might have disturbed over a century of toxic silt. PD Ports, the agency responsible, claim they have done no recent dredging for the freeport, although they did dredge the river mouth in September last year. Preparation for the freeport will require deepening a river channel by four metres. Silt collected during dredging is dumped at sea at approved depositary sites.

On Wednesday 6 July, Middlesborough Labour councillors tabled a motion to the council regarding the marine catastrophe.

Proposed by Cllr David Branson and seconded by Cllr Alma Hellaoui, the motion requested that the council formally ask Tees Valley Combined Authority to commission a new independent report. It called on the Tees Valley local authorities to work together in expressing concern and recommended monitoring by the Borough Economic Development, Environment and Infrastructure Scrutiny Panel.

A proposed amendment by independent councillor and executive member for the environment, Barry Cooper, aimed to reduce the action to merely one of local scrutiny. But only a handful voted for his amendment.

The motion was easily passed with the support of independents.

Similar motions were moved at full council on Thursday 14 July by the Labour group in Hartlepool and by Labour and independent councillors in Redcar. Hartlepool is run by an independent-Conservative coalition and Redcar by an alliance of Lib Dems and independents.

In Hartlepool, the motion called for the appropriate government agencies to explain to a public meeting the discrepancies in the research findings as well as the steps for reviving the local fishing industry.

The motion also called for an independent investigation by central government as well as asking the council to explore how to regenerate local fishery.

The motion was passed unanimously.

The Redcar motion was proposed by former Labour Group Leader Carl Quartermain and seconded by independent Philip Thomson who was formerly chair of the Conservative Group. With others Thomson quit the Tories last year after internal party differences. He is not part of the independent group that runs Redcar.

The motion demanded that the government reopen their investigation into the disaster and called on all the Tees Valley councils to lobby the government and jointly commission a new independent report. The motion requested that the councils each monitor the situation through special scrutiny committees.

The wellbeing of the town’s fishing industry was also covered: the proposers pressed for compensation for the fishers and a possible hatchery to replenish stocks.

With more radical dredging of the Tees soon to take place in preparation for the freeport project, the local town halls will be watching the shoreline.

You can read more details of the case in North East Bylines’ box set of articles here.