James Rippon takes a look at Palm Sunday - its origins and customs, and how it is celebrated today. 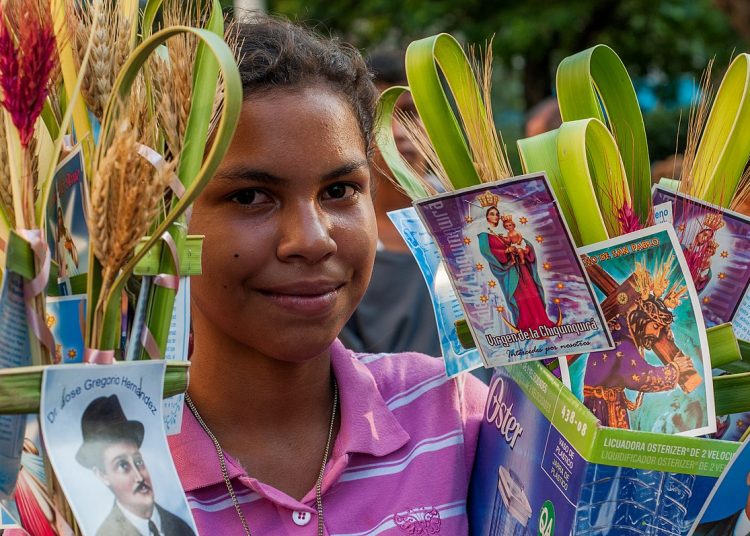 On 10April this Sunday, there will be a celebration among Christians commemorating Palm Sunday, which is also known as Passion Sunday. It marks the first day of Holy Week, which is arguably the most sacred week in the church year, as it marks the last few days of Jesus’ life before the last supper (Holy Thursday), his death (Good Friday) and resurrection (Easter Sunday).

What is Palm Sunday?

Palm Sunday is a Christian moveable feast that falls on the Sunday before Easter. It is to remember Jesus’ triumphal entry into Jerusalem, an event mentioned in each of the four canonical Gospels, where it has been said that Jesus entered the city knowing He would be tried and crucified and welcomed His fate to rise from the grave and then everyone from their sins. Palm Sunday marks the first day of Holy Week. For adherents of Nicene Christianity, it is the last week of the Christian solemn season of Lent that precedes the arrival of Eastertide (also known as Easter Season).

What are its origins?

These special ceremonies were taking place toward the end of the 4th century in Jerusalem. But, in the West the earliest evidence of the ceremonies is found in the 8th century.

The principal feature of the liturgy that followed the procession was the chanting by three deacons of the account of the Passion of Christ. Musical settings for the crowd parts were sometimes sung by the choir.

In England, during the 15th to the 17th centuries, the English people celebrated Palm Sunday in some would say in quite an unusual fashion. It was to start the burning of Jack- ‘o’-Lent figures. This was a straw effigy which would be stoned and abused on Ash Wednesday (a hold day of prayer and fasting) and kept in the parish for burning on Palm Sunday. The symbolism here was believed to be a kind of revenge on Judas, who had betrayed Christ after the last supper.

After reforms of the Roman Catholic liturgies in 1955 and 1969, the ceremonies were somewhat simplified to emphasize the suffering and death of Christ.

How is it celebrated today?

In most forms of Christianity, Palm Sunday is celebrated by the blessing and the distribution of Palm Branches, which represents the branches that the crowd used to put on the ground in front of Jesus while he was riding into Jerusalem on a donkey. But due to there being unfavourable climates to produce palm branches some churches had to use substitutes such as box, olive, willow, and yew.

In most of the mainstream Christian denominations, including Orthodox, Catholic, and Anglican, they distribute the palm branches in the congregation, during their Palm Sunday liturgies. The Christians then take those palms, which are then made into a holy cross formation and then blessed by the clergy, to their homes and then hang them on the wall traditionally alongside Christian art or put them in the Holy Bible.

Don’t forget about the climate issue