On the tribal nature of football 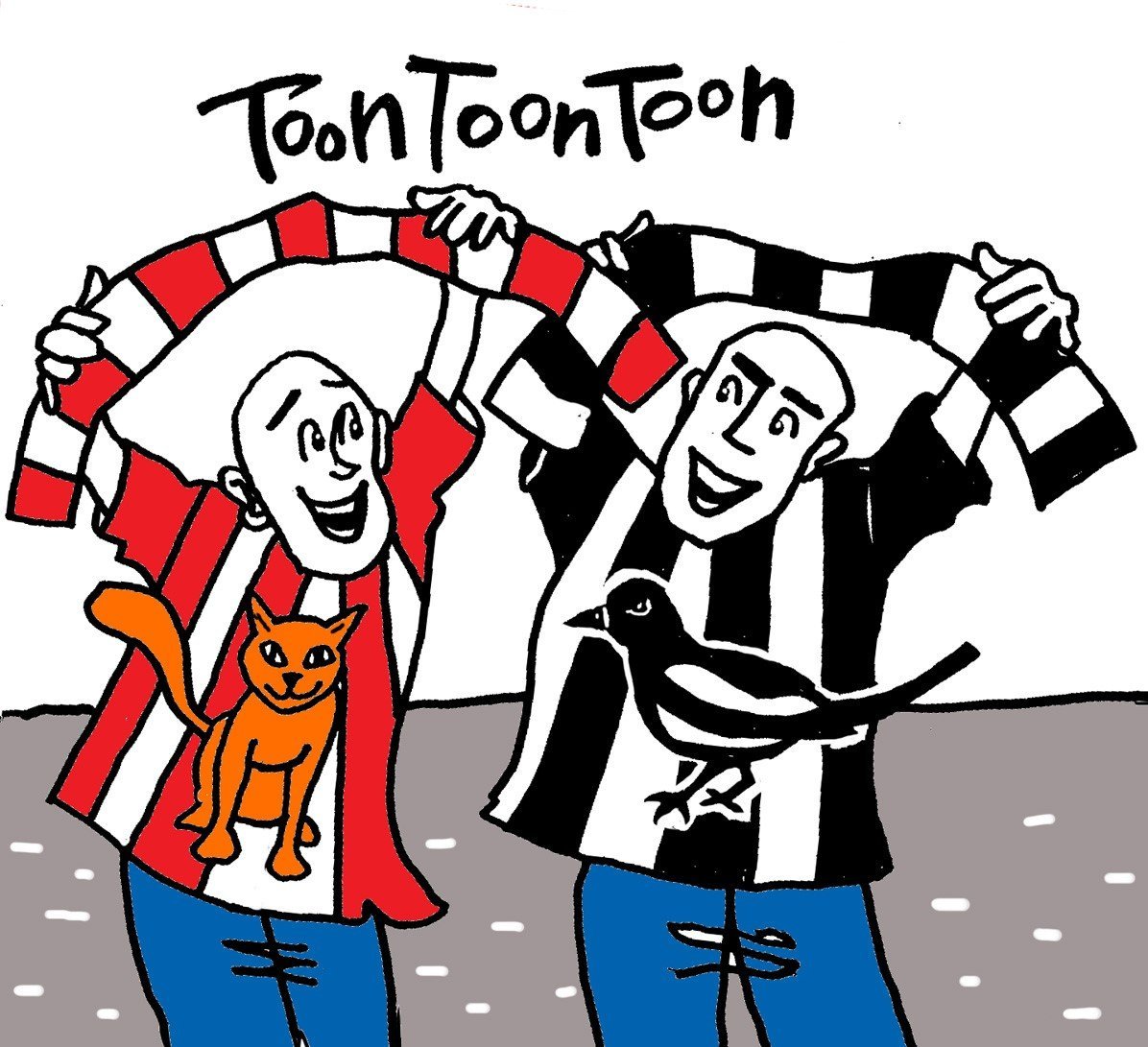 I used to work with a guy who was a fanatical NUFC supporter. So fanatical was he that he claimed to get more pleasure out of Sunderland losing a match than Newcastle winning one.

Now we’re not just talking Newcastle v Sunderland games – haven’t had many of those in recent years! – but any matches at any time of the year at any level – a defeat for Sunderland Reserves (or even Sunderland Under-23s) was, he claimed, almost as good as a Toon First Team win in a cup match against Man U.

When he first said this, I looked at him and shook my head in disbelief.

This reminds me of when, in The Lion King, Simba asks, “What’s that shadowy place over there?” and Mufasa replies, “Croydon. (Or Bradford. Or Sunderland. Or Luton. Or anywhere the speaker doesn’t like.) We don’t go there.”

Look up ‘we don’t go there Simba meme’ on Google and you’ll find hundreds of them. They’re international, too: DC, Edmonton, San Francisco, Adelaide… There’s one where Mufasa says, “We don’t go there because we’re Arsenal supporters.” And there are even a few meme generators which provide hours of endless fun insulting neighbours, complete with Disney illustration.

When I were a lad – why do I always slip inte t’Yorksheer dialect when I’m thinkin’ abaht childhood? I mean, my family left Teesdale around 1870! – we supported all the North East teams – even The Boro! I kid you not. We did. We even gave Carlisle honorary NE status in footballing terms.

We did tease each other. Of course we did. In the mid-seventies a pal of mine had a ‘Support Darlington FC’ sticker on his car to which we added ‘Because I’m lonely’, but it was all in the best possible taste!

In 1957-58 there were great celebrations in the NE because Gateshead reached the second round of the FA Cup. (Sadly they were beaten by York City in the third round. Bloody foreigners!) But at least they got there and Gateshead had the support of Sunderland, Newcastle, Middlesbrough, Darlington, Stockton and everywhere else. We were all North East patriots!

And then it all changed, and not in a good way.

It got all tribal and there is no better illustration of the tribal nature of modern NE football fandom than the incident in which that NUFC ‘supporter’ punched a police horse in a Newcastle street because ‘the Toon’ had ‘got beat.’

I do. I really do. Until the eighties every part of the North East had its place in the world: the Northumberland and Durham coalfields; lead mining in Weardale and Teesdale; shipbuilding and ship repair on the Tyne and the Wear; the Teesside chemical industry, not to mention agriculture in Durham, Northumberland and the Tees Valley. We knew who we were and what we were. We were proud of the mighty ICI on Teesside (even though it gave a rather derogatory name to the people of Middlesbrough, ‘Smoggies’), of Rohm and Haas in Jarrow, of Sunderland being ‘the biggest shipbuilding town in the world’ (and winning the 1973 FA Cup!). And everybody loved Durham City, Corbridge and Hexham. And if you hadn’t had an ox sandwich at Houghton Feast, you hadn’t lived! We were North Easterners and proud!

And then – almost, it seemed, at a stroke – it was all gone: the pits, the yards, the factories, North East pride, and in its place we were told to get on our bikes and look for work (OK, perhaps Tebbit hadn’t meant it as an instruction, but that’s the way it came across, that’s what people believed was the government’s answer) and that our supportive communities were nothing, for ‘there is no such thing as society.’

The message coming from Downing Street and the Palace of Westminster was unambiguous: “Self! Self! Self! Look after number one.”

And that’s what people did, more and more, increasingly, until that sense of community narrowed from encompassing the whole North East to ‘me and me mates.’ And so suspicion and dislike abound and a poor police horse gets punched in a Newcastle street.

“Grow your own dope.
Plant a Mackem!”

What have we become?