Putin's influence through manipulation of social media is not only on his own country but on elections in the UK, USA and Europe. 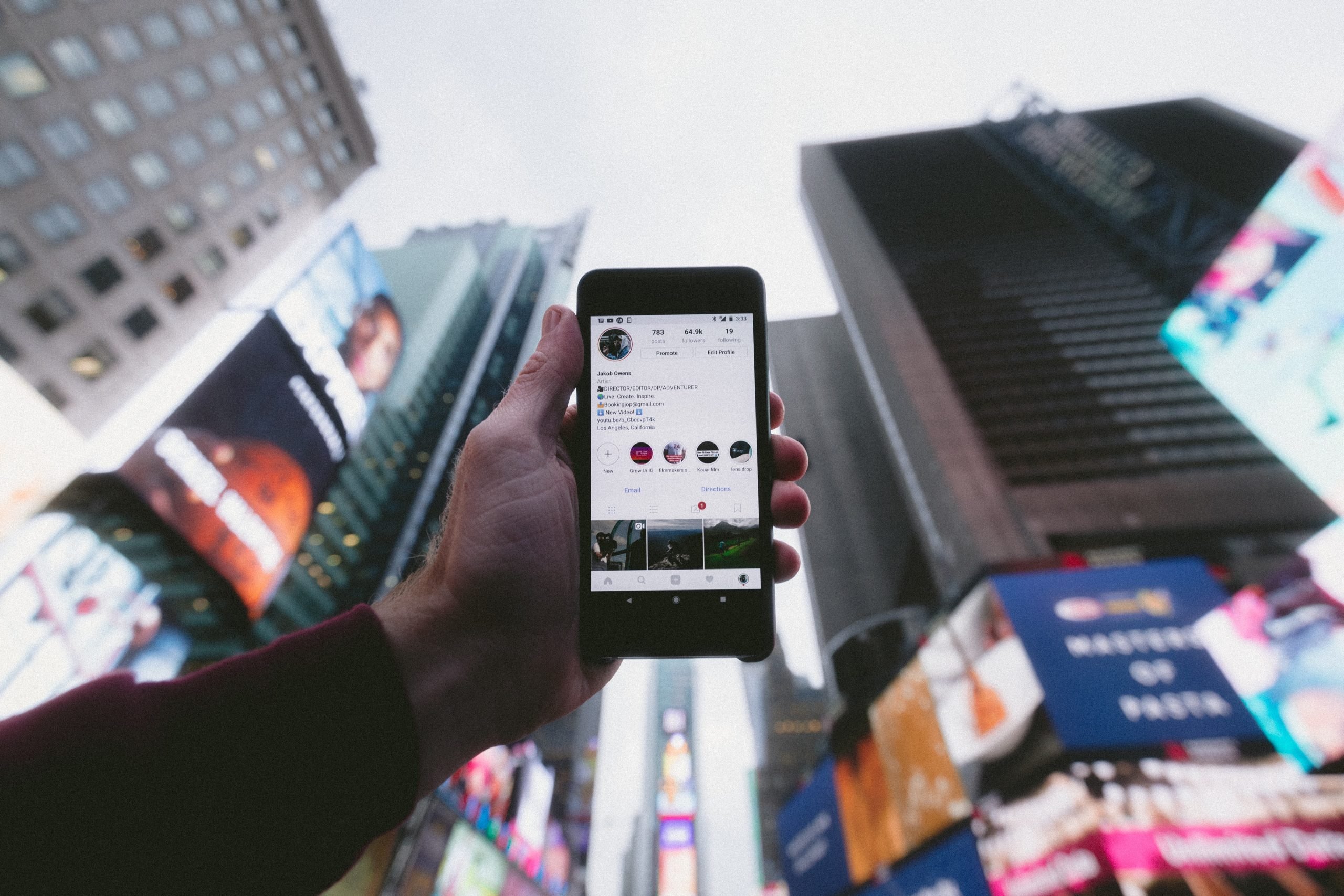 Photo by Jakob Owens on Unsplash

The British government has imposed sanctions on Russia. Guy Opperman, MP for Hexham, spoke of the damage and disruption these pose to the day to day lives of Russian citizens on BBC Radio Newcastle. Boris Johnson boasted on Saturday that he was determined to ensure Putin failed.  However, on the subject of Russian interference in democracies, the British government refuses to engage in any sort of investigation on our own political system or society. The government forgets the power, role and dangers of social media manipulation.

Putin is no stranger to manipulation of the media on a worldwide scale, not only in Russian journalistic press and television. His efforts left their mark on the UK, Europe and the US, in particular during the US election (Trump versus Clinton) and the Brexit referendum.

Cabinet ministers turn a blind eye to Russian interference in British politics, which is manifested in various established interference patterns established by the Russian government worldwide within special target areas.

Russian journalists, who speak the truth and have since fled into exile abroad, consider the country to be too dangerous to stay.  The president’s influence on the media goes way beyond his powers to imprison rebellious journalists. Entire teams of employees work on his behalf to produce the desired narrative.

Studies of the troll farms of Putin’s IRA (internet research agency) evidence the extent of Putin’s media campagins. Russian opposition journalist Lyudmila Savchuk was one of the first writers to identify a large number of social media attacks on local opposition activists in Saint Petersburg using extremely similar and seemingly co-ordinated posts. She herself worked undercover for a couple of months in a troll factory, thereafter exposing the extent of Russia’s media campaign in 2014 via her own social media sites.

Entire teams of employees dedicated themselves in round the clock shifts to the pursuit of Putin’s desired narratives on social media platforms, including Tiwtter, Facebook, Instagram, YouTube, Tumblr and Reddit. Each employee created an obligatory quota of tweets or posts per day, one former troll mentioning daily norms of 135 comments with at least 200 characters for those engaged in the Facebook and news comments department.

“Because the factory works around the clock. It never stops. Not for a second.” (Savchuk)

“You come in and spend all day in a room with the blinds closed and 20 computers. There were multiple such rooms spread over four floors. It was like a production line, everyone was busy, everyone was writing something.” (Mindiyanov, in Anton Troianovski, 2019)

Favourite topics extended beyond Russia’s and Putin’s opposition to include the US, the EU and Ukraine’s pro-European government.

During an investigation, Twitter found 1,100 messages from supposed accounts belonging to American patriots were really from Russian trolls (Kist and Wassens, 2018).

Management instructed employees to appear as if they were real users posting via genuine accounts. Staff from the Comments Department would work in teams of three to engage with a particular news topic. One of the three trolls would write something negative about the news item in question, the other two would respond in order to destroy the arguments of the critical person. In this way, the trolls manipulated the debate on social media.

The narrative strategy is already quite familiar to members of groups such as Open Britain, who may have posted or shared articles on social media, thereafter attracting negative comments from seemingly strange new twitter accounts.

Robert Mueller investigated the interference of the troll farms in the US elections. Thirteen IRA employees told similar stories to Savchuk when giving evidence to the Mueller commission, one of whom was Marat Mindiyarov who worked in the Facebook Department, which specialised in placing comments on the social media site. Mindiyarov received specific instructions to write material critical of Hilary Clinton (Troianovski).

Mindiyarov gave the following description of the troll farm to journalist Anton Troianovski, and hearing this degree of meddling, it is shocking that the British government still refuses to investigate Russian interference into UK elections and all other campaigns:

“… you were in some kind of factory that turned lying, telling untruths, into an industrial assembly line. The volumes were colossal — there were huge numbers of people, 300 to 400, and they were all writing absolute untruths.”

Increase in catchment via languages

The IRA placed great importance on the level of English language skills for any employees who wished to work in the Facebook department teams, whose target was often the US:

“[…] you had to know English perfectly. The reader must not have the feeling that you are a foreigner. The language demands were in fact very high, they were demanding high-end translators […] The main thing was showing that you are able to show that you can represent yourself as an American.” (Troianovski)

In depth language tests followed during the recruitment process, which included lengthy essays on the chances Hillary Clinton had to win the US election.

During investigations, the US only researched the activity of trolls in the  UK & US; it has not yet  discovered how much influence the trolls had in the Netherlands and the rest of Europe. Some research carried out in the UK demonstrated that Russian trolls had influenced social media in Germany (Kist and Wassens).

The employees tried their hand at foreign languages, but results of investigations by some European journalists found the level of expertise in languages other than English was nowhere near as high. Non-native translations served to expose the fake nature of their social media posts (ibid).  Dutch jouranlists discovered that 130 tweets in Dutch aimed to incite hatred against moselms in the wake of the terrorist attachs on Brussels airport in 2016. Other tweets appeared in Spanish and French.

False twitter accounts, which tweeted in foreign languages complete with spelling mistakes, were traced to Russia. Similar fake accounts then re-tweeted their tweets including the spelling mistake.  The troll employees used twitter’s translate function: “in wa voor ne wereld leven wij” is one of the mistakes made (not “wat voor een wereld…”).

Russian trolls attempted to fire anti-muslim sentiment in Belgium and the Netherlands.

The employees were not linguists, but had some experience of social media marketing, aptly employing anti-Islamic hashtags to increase the reach of the tweets.

NRC found 940 tweets in Dutch sent by 152 of the IRA accounts (Kist and Wassens).

Ministers Kajsa Ollongren (Home Affairs Ministry) and Rob Bertholee warned the Dutch government about the influence of Russian trolls in Holland but they did not have enough evidence at the time of what was a large operation.

The tweets were not only anti-Islamic, they vilified refugees in the Netherlands and encouraged people to vote for Geert Wilders, Holland’s answer to Nigel Farage.

Kist and Wassens argue that Twitter itself may have underestimated the number of messages dispatched by the fake accounts, which numbered 15 million. Metadata suggests the figure could have reached 7.5 million.

The evidence mounts up as Putin engages in military warfare against a democratically elected government that he is a dictator who will stop at nothing. Unfortunately, it seems his troll farm achieved a major divisive victory, which has weakened the UK’s economy and our political alliances with Europe in the form of Brexit. It’s high time our parliament recognised the threat posed by Russian bot armies and other sources of influence.

Anton Troianovski, A former Russian troll speaks: ‘It was like being in Orwell’s world’

Our task was to turn Americans against their own government