Even if they could cope with the added discomfort of waiting for days either side of the Channel, truckers may not want to come to the UK 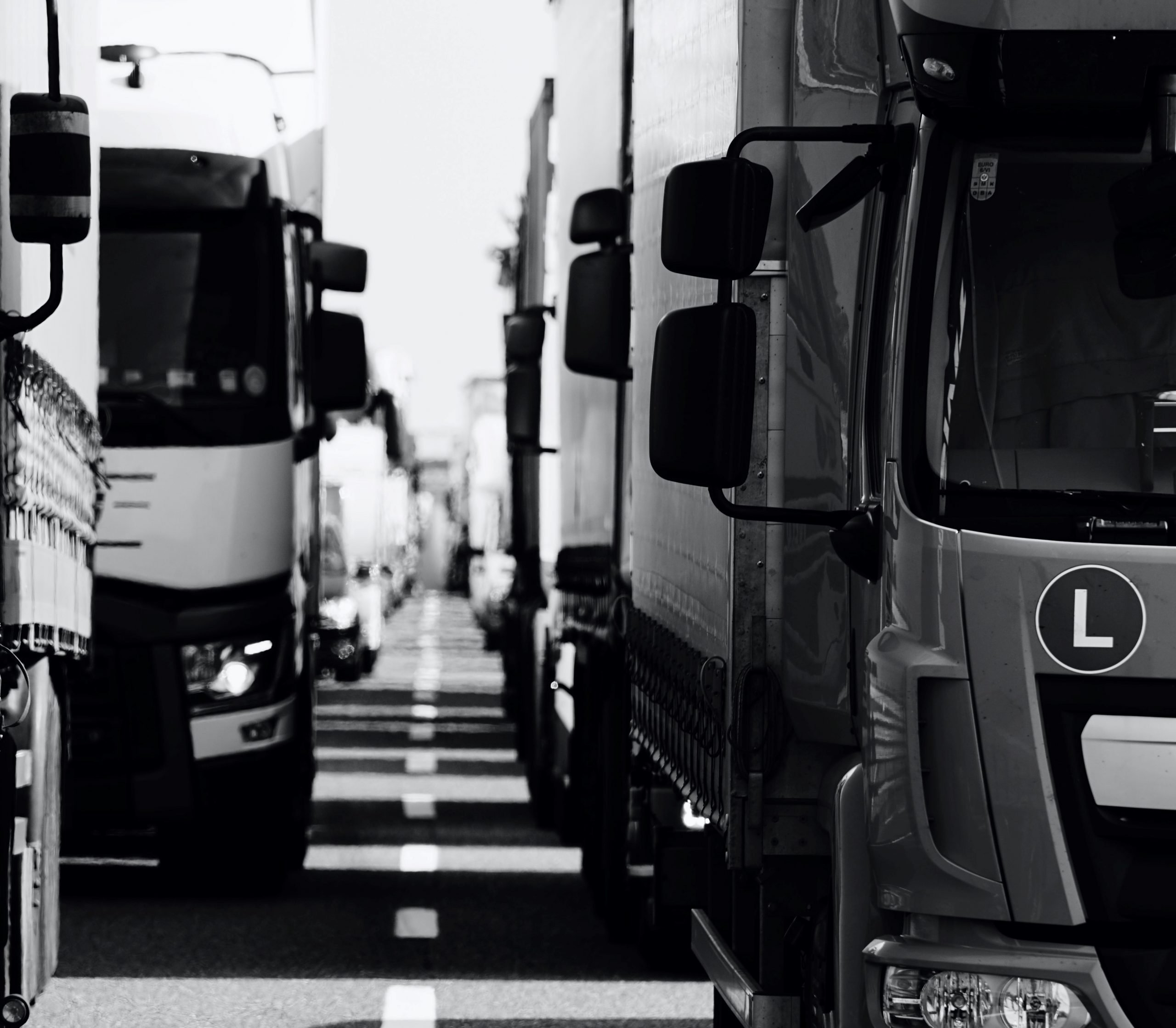 Photo by Wolfgang Hasselmann on Unsplash

Countries around the world are asserting their sovereignty and controlling their borders shutting out the UK. This includes France, the largest access point for freight from Europe into the UK and back. Most of that freight is food, that will be rotting in the lorries or simply not brought in at all. The crisis in the UK’s ability to feed itself is upon even sooner than we thought. There will be gaps in the supply of fresh food, supermarkets have warned. Food. That stuff that keeps us alive.

In fact it is only bringing forward the problems long predicted that would come from Brexit but were dismissed as Project Fear. Yet only a week ago the Daily Mail was assuaging its readers the Brexit they knowingly voted for would in fact meddle with their ability to eat, e.g. affect pizza flour imports, among many other things, but hey-ho, we’ll just eat more toast. The Guardian published an almost identical piece.

This is idiocy: all food supplies are finite, and if you lose one source of food, its consumers switch to the remaining, finite food stuffs. Basically Mail and Guardian readers all pile on for the same bit of toast, creating further shortages, price hikes, and potential panic. Amid job losses from Covid-19 and the chaos of Brexit, the use of foodbanks has grown hyper-exponentially under the Tories. Food banks depend on charity, but people can only give if they can afford to. A Covid-Brexit recession atop disrupted food supplies will hammer that capacity to give food, there may be no food to give, while very much raising the number of people in need of food banks, people in a first-world economy in dire need of literal food charity.

But this is all an ‘opportunity’ to failed MP and arch-No Dealer Richard Tice, who thinks tariffs are great, and the potential closure of European markets to UK food producers – including 70% of the UK’s fishing catch going to Europe, due to tariffs, food processing regulations, permits et al, red tape basically set up to stop animal living in squalor and people getting food poisoning – is just as great an ‘opportunity’ , with British consumers able to eat the lamb that Europe no longer buys. Yes, because their usual foodstuffs have disappeared. ‘Sovereignty’ in the UK means having no choice in what you eat.

Also, “let them eat lamb” requires tapping into a domestic market that as yet does not exist. Does the UK have the capacity in distribution of livestock and abattoirs to feed this upsurge-from-the-skies demand from British consumers? Will UK consumers switch from their beloved imported cod to the British lobsters turned away from Europe?

The issues surrounding our free trade and the food that comes with it, have always been mundane: infrastructure, capacities and customs. Even before this latest almighty closing of borders, queues of trucks down the M20 and other roads through Kent have been building for weeks now to become miles long, creating nightmare images of snakes of lorries curling through the countryside, converging into claustrophobic clouds of diesel fumes at the port access points.

Much of the pressure is from firms stockpiling in the run-up to Brexit to avoid possible tariffs and supply bottlenecks. There is also the Christmas rush, which will end. But for the most part, it is a perfect storm of all the problems that were long predicted that would come with disruption of any kind to our trade with the EU, deal or no deal.

Leaving the Single market and Customs Union means UK businesses will need to fill out approximately 215 million additional customs declarations each year to keep trading with the EU, declarations that some 50,000 new customs officers would be recruited to deal with, among other things. But in May, Bloomberg reported that the disruptive impacts of Covid lockdown were hampering efforts to recruit those officers, and by November the situation had not improved a jot, with George Baker, of Felixstowe-based customs brokerage George Baker Shipping, saying “a very serious shortage of customs agents, brokers and intermediaries is now sadly unavoidable”.

Would you want to be a newbie customs’ officer, overwhelmed with paperwork and outnumbered by rightfully frustrated truckers, with the weight of the country’s ability to trade on your shoulders? or just abandon their posts as the logistical nightmare washes ashore.

In 2018, the unelected Brexicrat Lord Peter Lilley infamously stated  that projections of the M20 becoming a lorry park were “rubbish”. One could spend a lifetime picking through the bull of Brexiters’ claims, and we shall be picking through the rubble those claims will deliver soon enough. Almost 30 lorry parks are to be built in Kent alone, by government fiat, possibly even giving hauliers a beautiful view of 13th century churches right up close, as and when Farage’s Garages are finished.

Backed up lorries without facilities will see Kent become “the toilet of England”. The 1,700-space park near Ashford is being built on a flood plain – which predictably flooded in November and will delay its completion until at least February 2021.

Hygiene besides, it will be unsafe. The Department of Transport has temporarily suspended limits on road hours by EU drivers  up to 30 December to deal with far tighter logistics capabilities. Of course, in the dark hours of bad-weather winter, caning drivers to exhaustion will lead to more accidents and road deaths, which is why limits were brought in. After 1 January, naturally, no such limits apply to UK drivers in the UK in any case, and ‘temporary’ becomes permanent by default.

Even more reason for hauliers not to want to do the job. And this is the worst of it. Hauliers from the EU side will say “no”. “Chaos and unpredictability can lead to trucking capacity being allocated to other markets,” Kristian Kaas Mortensen, Strategic Director at Girteka Logistics, told Bloomberg,” leaving UK supermarkets “with less than full shelves.

Why would they come? Even if they could cope with the added discomfort of waiting for days either side of the Channel, by dint of turning Kent into a massive Portaloo park, it doesn’t work. With the opportunity cost of missed work elsewhere thanks to delays, that hauliers are paid by the kilometre, and inertia earns nought, and the risk of penalties for later deliveries and spoiled goods … they won’t come.

On the plus side, this will mean far fewer trucks coming into the UK for officers to deal with, or use of facilities required for their departure. But the downside, the real problem, is shortages of food and all else simply because the trucks aren’t coming. People have still got to eat, and if they can’t get their usual foodstuffs, they turn to what is available, piling on the demand for other goods that become short in supply, sending prices up, evoke panic buying and add violence and hyper-inflation to a proto-famine.

We are not self-sufficient, it is winter, and if the ports cannot cope then it is not about sourcing from elsewhere, because it is not coming in. And we are not going out. The short is, the crisis is truly upon us already.