Twelfth Night: when the world was turned upside down in the North East

The feast is normally celebrated on 6 January (marking the 12th day of Christmas), or on the Sunday following. 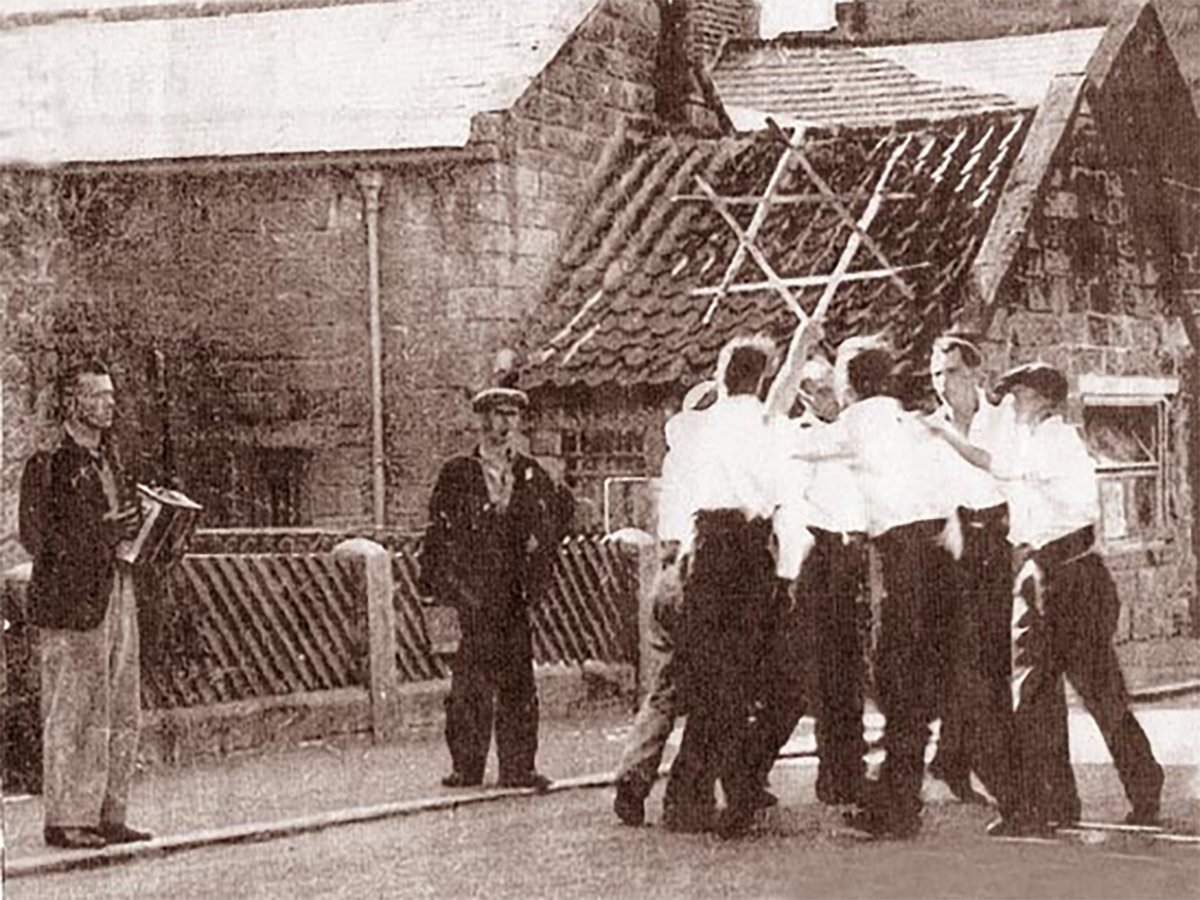 So are we past the festive season now?  Well, no, if you lived in this area of the country in centuries past.  Indeed, Twelfth Night, this weekend and the days following were all part of the mix of Saturnalia and Cockaigne.

‘Cockaigne’ was a land of plenty in medieval myth, an imaginary society of extreme luxury and ease where physical comforts and pleasures are always at hand and where the harshness of medieval midwinter peasant life does not exist. This was pre-Christian in origin, although the church (as was its wont) colonized it as the Feast of Epiphany, celebrating the revelation of God’s earthly presence via the revelation of the Christ-child to the Magi.

The feast is normally celebrated on 6 January (marking the 12th day of Christmas), or on the Sunday following. It was popularly characterized as the weekend when ‘the world was turned upside down’; market towns and cities elected by lot ‘a Lord of Misrule’, masters became servants and servants masters – on a strict leash of course and normally for one day. This wasn’t just something we Brits got up to – it was similar to the continent:

“Priests and clerks may be seen wearing masks and monstrous visages at the hours of office. They dance in the choir dressed as women or minstrels. They sing wanton songs. They eat black puddings at the horn of the altar while the celebrant is saying Mass. They play dice there. They run and leap through the church, without a blush at their own shame. Finally they drive about the town and its theatres in shabby traps and carts, and rouse the laughter of their fellows and the bystanders in infamous performances, with indecent gestures and verses scurrilous and unchaste.”

(Letter from ‘disgusted’ of the Faculty of Theology, University of Paris, 12 March 1445)

So where did this custom come from and how was it observed in this region? Luckily, the earliest account of such doings come from on high (Durham Cathedral) and low (in the plough stots and sword dances of East Cleveland and Eskdale. For the monks of Durham Priory, the occasion was a time of feasting and celebration. Accounts from the Priory show that performers (ministralli) of various kinds were hired to perform for the Prior and his guests, often at his manor retreat just outside of Durham known as Beaurepaire (today’s Bearpark’). For example, the Priory Buisar’s accounts relating to Epiphany 1371 note that the Prior and his guests were entertained at Beaurepaire by a certain ministrallus named John Scott: Iohanni scott Ministrallo de dono domini Prioris apud Beurepayr, ij.s.[to John Scott, minstrel, from a gift of the Prior whilst at Beaurepaire, 2 shillings]. Payments to minstrels and other entertainers at Epiphany appear in the Priory accounts in most years throughout the fourteenth century.

At the other end of the social scale were the raucous celebrations which happened in this region especially on the Monday following Twelfth Night or 6 January. This is Plough Monday and records of it go back to the beginning of the 14th century. It marked the end of the Christmas holidays for agricultural workers and a return to the land. But just how much work was actually done on this day is another matter……….For Plough Monday was the day when village life in many agricultural areas focused on the dragging of a decorated plough, sometimes a real one but often just a replica, around a community by bands of young men who would knock on doors and ask for money, food or drink. These men were variously known as Plough Stots in this area and elsewhere in Yorkshire and Midlands as Plough Bullocks or Plough Jags. One would often be dressed as a woman (the ‘Betty’) who would carry the collecting box, while others may have blackened their faces to disguise themselves. In the NE this custom was accompanied by sword dancing. The bounty collected from these parish walkabouts (the participants were fastidious to keep to the boundaries of their parish, it seemed) were shared out by the individuals concerned, probably to supplement meagre wages or, if the weather was bad, sometimes none at all.

It was in the East Cleveland area that Long Sword Dancing was at its strongest, and it is a custom that still survives. Near Whitby, the dance, acted out by the Goathland Plough Stots, is recognised as one of the oldest dances of its type in England, dating back over a thousand years. Various other locations across this area had groups that performed similar long-sword dances in places like Sleights and Staithes.

Interestingly the tradition bloomed afresh in the ironstone mining communities that sprung up across East Cleveland in the 1870s – and these villages were mainly populated by incomers from other parts of the country – from the East Midlands, from Cornwall – and especially from East Anglia.  It shows that sword dancing has a deep and untapped history.

The first significant East Cleveland team – and as it turned out the longest lasting one – was the Loftus team. This was founded around 1860 by a John Featherstone of Hartington Street, a dancer from Egton who had been taught longsword by a Mr Ventress, a former Goathland Plough Stot who moved to Egton and started a team there. As it was put by a correspondent to the Northern Echo:

“In order to keep his children and their friends out of the public houses and off the streets at night, Mr. Featherstone and his wife encouraged them to play games like Fox and Geese and Merrils. The idea of sword dancing quickly caught their imagination and while John whistled the tunes the young men danced around the kitchen, using hazel sticks for swords.”

This original Loftus team stopped in 1917, but the tradition appeared seemingly from nowhere in other villages in the ‘iron lands’ – in Lingdale, (the ‘Primrose Dancers’) Boosbeck (the “Tulip, Dancers”) North Skelton (the “White Rose Dancers”) and Great Ayton, as well as a group led by a Joe Winspear who revived the earlier longsword dance in North Skelton. The mining connection helped in the make-up of their kit. The Long Swords used by these teams were often made from miners’ worn-out drills, about 2′ 6″ long, a wooden handle at one end, a blunt tip and no edge.   new team was formed in Loftus at the end of the Great War, which continued until around 1931 – significantly the date of the great depression and the onset of mass unemployment in the area. They gave benefit concerts in aid of unfortunate friends or townsfolk who were ill or unemployed at a time when social security was still nothing but a dream and an aspiration of social reformers. The last true community-based Longsword team in East Cleveland died out in the 1960’s but it is still ongoing at Goathland and as part of the wider folk tradition.

In terms of the 1930s there is a whole story now opening up here, and it involves all kinds of odd characters – from budding Trotskyite Michael Tippett, folklorist, Rolf Gardiner an admirer of Nordic nationalism, a heiress to the Allinson bread company and a gay young Englishman who had to flee his past employment at the Bauhaus in Weimar as Hitler’s brownshirts torched the workshops contents as examples of ‘degenerate culture’.  I’ll return to that story later, I hope.