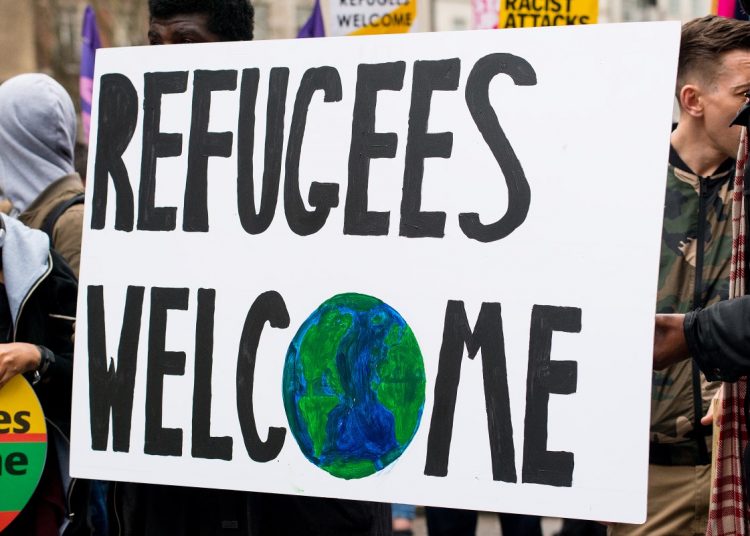 Charities and organisations across Tyneside have pledged to ramp up their fight against the Government’s unfair refugee policies. The groups include West End Refugee Service (WERS), Curious Monkey and the Newcastle Reform Synagogue. They are determined to keep on fighting against the governments anti-refugee laws.

They have joined more than 320 groups across the UK, including humanitarian organisations such as Oxfam and Save the Children, and homelessness charities including Shelter and Crisis, to sign a national pledge to challenge hostile new ‘anti-refugee’ laws and demand a protection system that treats people with dignity and compassion.

The Nationality and Borders Bill will become law after the Parliamentary process was completed on 28 April. The passage followed a two-month showdown between the Commons and the Lords as the Upper Chamber and supportive MPs attempted to remove many of the harshest parts of the Bill and sought guarantees to ensure it complied with international law.

The new Act legalises offshore processing and the creation of warehouse-style reception centres on UK soil. It could also criminalise thousands of refugees.

The Refugee Council has published new analysis showing that the Bill’s implementation could see more than 19,200 people seeking asylum convicted and imprisoned for arriving via irregular routes, including people fleeing violence in Ukraine and Afghanistan.

Refugee groups have warned that rather than breaking the business model of people smugglers, the new Act will leave people vulnerable to exploitation and reliant upon criminal gangs in order to reach safety.

The Act does not introduce new routes for people to claim asylum in the UK. Instead, the Refugee Council have warned up to 15,000 mainly vulnerable women and children could be prevented from reuniting with their families.

Refugee groups say the lack of such safe routes is what drives people to risk their lives to cross the dangerous Channel in flimsy boats.

The organisations say they will fight back against the anti-refugee laws by building a movement to stand up for people seeking protection in the UK.

“These new laws will deliver punishment not protection to people who are fleeing persecution to find safety in the UK. We don’t believe this approach reflects our local communities, who we know are willing to offer a compassionate welcome to refugees. We are better than this, and will continue to fight for people’s rights to find sanctuary here in the UK”.

“As Jewish people we were once refugees in a new land which we have made our home. We would wish the same opportunity for every persecuted individual who is seeking asylum, regardless of colour, culture or religion. We are appalled by our government’s position, which is divisive, which ‘others’ difference and seeks to criminalise those desperately in need of safety, help and compassion. The proposed new laws are unworkable and unethical and we stand against them.”

“We believe an asylum system should be built on compassion and support, that all those fleeing war, persecution and discrimination deserve to be welcomed and helped to re-build their lives regardless of where people have come from or how they have travelled here.”

“We support all asylum seekers and refugees who are placed in North Tyneside. Our charity provides sanctuary for all to feel safe and time to heal. We believe the UK should provide sanctuary for all Refugees and not discriminate against them. People has the right to find safety away from war, torture and corruption.”

“We believe that this Bill is immoral in reducing support for and penalising those seeking asylum; and fails to offer fair, effective mechanisms for accessing sanctuary in the UK – especially for children. The UK’s policy must involve the voices of those who are refugees.”