Communities in and around Hexham have nominated their Unsung Heroes, sharing stories about the everyday people who have inspired them. 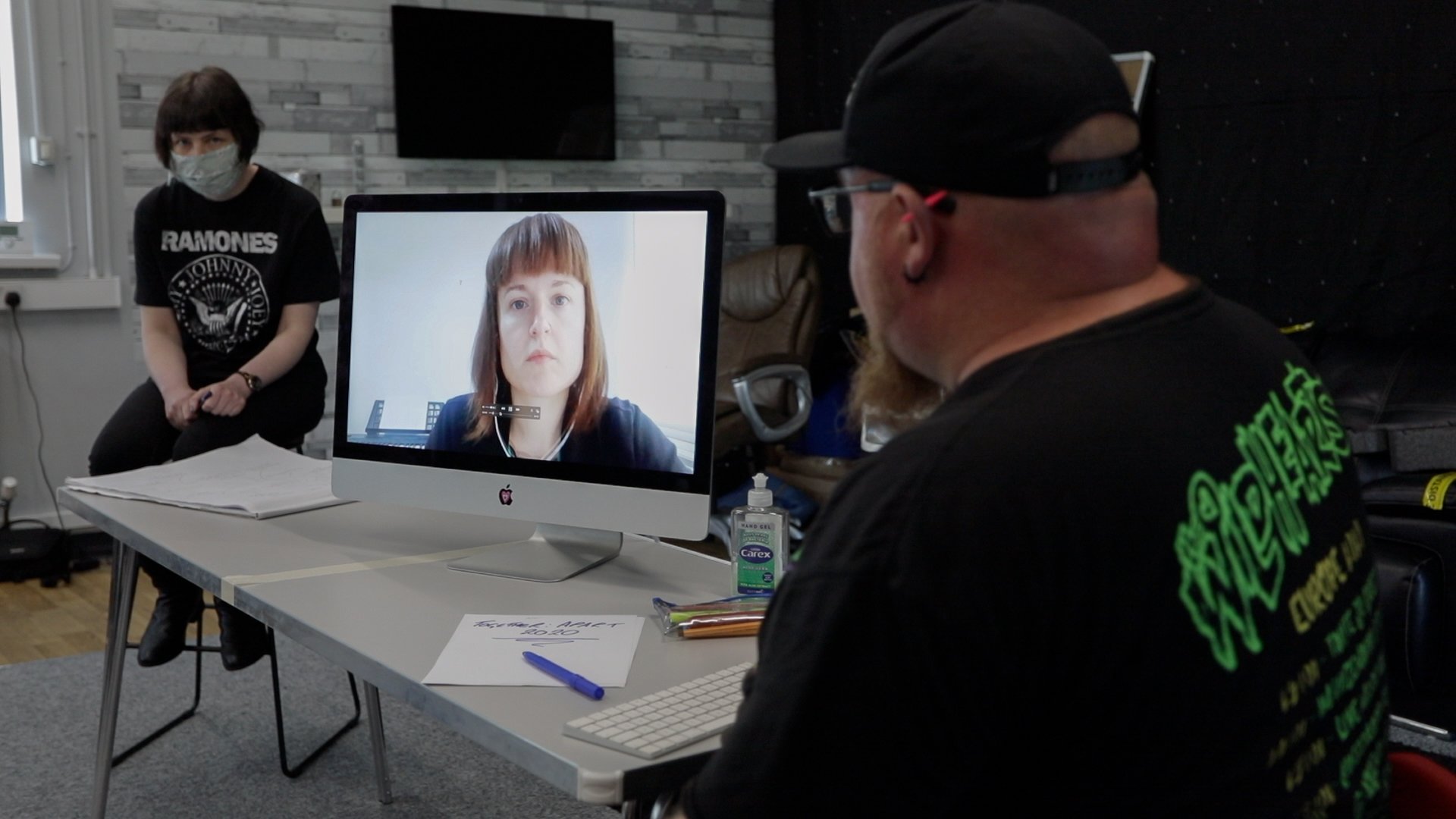 Queen’s Hall Arts have commissioned international multimedia artists Davy & Kristin McGuire and North East musician Bridie Jackson to create Unsung Heroes – a brand new augmented reality gig co-created with the local community. This exciting project is a part of Here and Now, a nationwide set of 40 collaborative projects between artists and their communities, funded to celebrate 25 years of the National Lottery.

Communities in and around Hexham have nominated their Unsung Heroes, sharing stories about the everyday people who have inspired them, and now song-writer and performer Bridie is looking for North East musicians to take part in the next stage of the project. Bridie explains, “For me, writing songs is all about capturing stories that would otherwise be lost so it’s a real joy to write about these Unsung Heroes who have made a difference in their local community, and until now, not received the recognition they deserve. We’ve had some really heart-warming nominations and now we’re looking for local people with a passion for music to get involved. While it’s not a professional gig and you don’t need to be able to read music, it would be great if you had some live performance and studio experience because you’ll be recording the songs I’ve written and then performing them on camera.”

Once the songs have been recorded, the musicians will be filmed performing in front of a green screen for an augmented reality app called Tabletop Rock, which is being developed by Davy and Kristin McGuire who are renowned for combining physical installations and digital experiences to create delicate and exquisitely crafted worlds. Last month, the McGuires won the Innovation Award at the 2020 Museums + Heritage Awards for ‘A Night at the Mansion’, using audio-visual projections to delight visitors to Yorkshire’s Harewood House museum and bring its collections to life. For Unsung Heroes, they will use augmented reality so audiences can experience a pop up music performance from the comfort of their own home. Audiences will be able to experience a ‘mini gig’ wherever they are simply by pointing their camera phone at a postcard, which will make the musicians pop up to perform the songs on a ‘postcard stage’.

The McGuires said, ”In this time of isolation where people can’t go to gigs, we thought it would be a good idea to transport the gigs to the people. Tabletop Rock will be an augmented reality app where musicians will be shrunk down to the size of a coffee cup and perform to people directly from their kitchen table. We are really excited to be working with Bridie and Queen’s Hall Arts on this first of a kind project.”

Musicians should send a short video of themselves performing, plus a paragraph explaining why they want to get involved to by Friday 6 November. Audition videos can also be submitted on social media using #UnsungHeroesHexham and tagging @QueensHall.  Musicians of all ages in all genres are welcome, and individuals, duos or ensembles of up to four people can apply as long as they’re from the same household or bubble. As well as a smartphone app which will allow people to access the mini gigs from wherever they are, there will also be an interactive exhibition at the Queen’s Hall in Hexham and Unsung Heroes will tour in 2021. To find out more visit Queen’s Hall.