Vaccine hesitancy: a need for trust

"Trust would be improved with local discussions within communities." 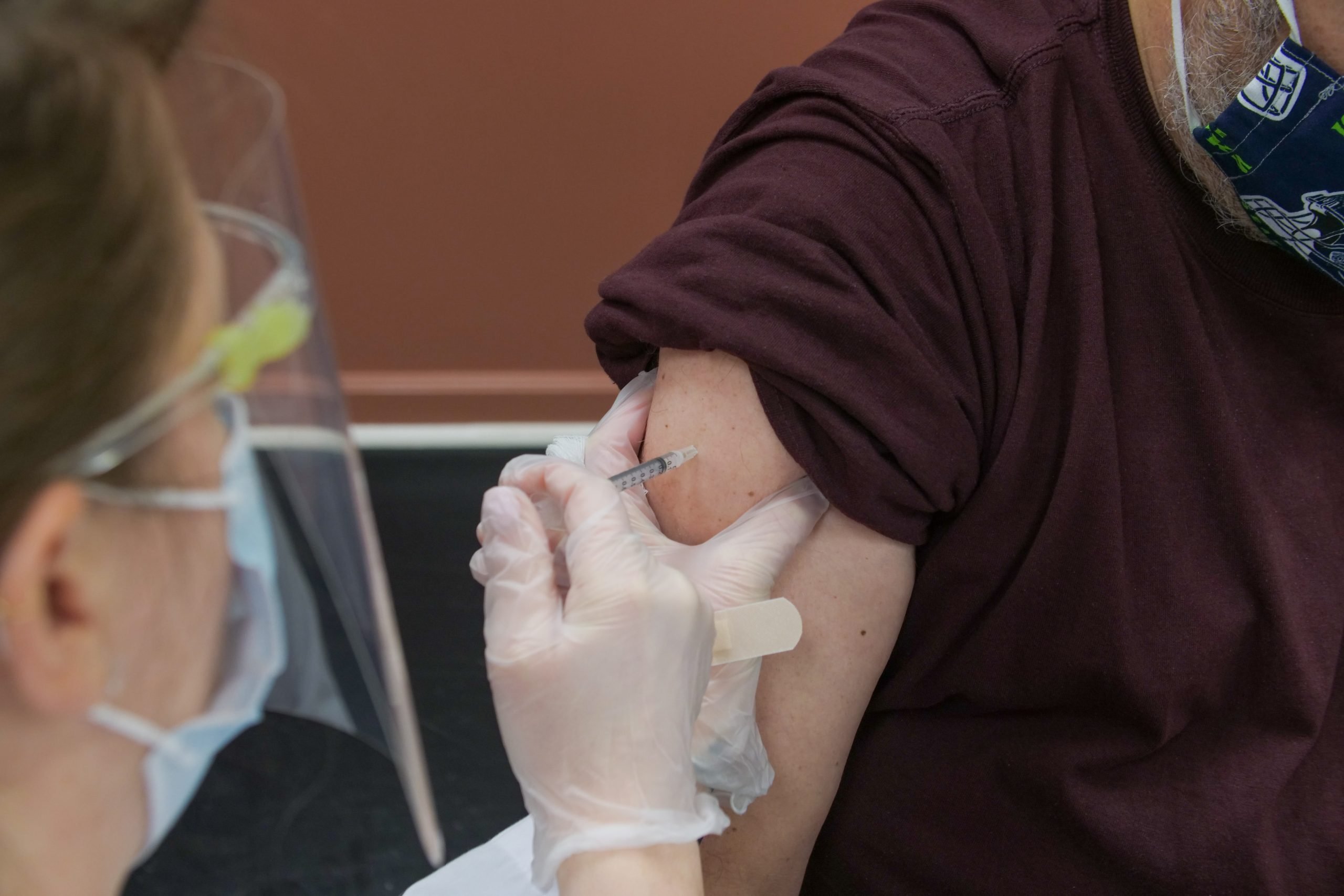 Lessons must be learned from the UK’s handling of the coronavirus outbreak so that the UK’s response and preparedness may be improved in future. This is the aim of the All-Party Parliamentary Group (APPG) on coronavirus. The most recent public evidence hearing on Covid-19 of the APPG was on Tuesday 9 February.

The group is chaired by Layla Moran MP. The topic was Covid-19 vaccines, efficacy and vaccine and roll-out process.

In the first session we heard from two experts:

Ms Sophie Chester-Glyn, Director at Coproduce Care CIC and Manor Community, Coproduce Care CIC. Since the 1980s Sophie has been managing director of a care organisation supporting adults with disabilities. Sophie is co-producer of a Covid-19 Vaccine Survey – Rapid Report which summarises the findings a recent survey of people working in social care nationally on whether they would have a Covid-19 vaccine and why.

The session started with a question about the issue of vaccine hesitancy.

Azeem suggested that those who are hesitant about the vaccine tend to fall in one of three groups.  Firstly, demographics; sometimes young people feel that Covid-19 is not a problem for them, secondly some ethnic minorities and thirdly some with a poor educational background or poorer backgrounds.

Sophie suggested that hesitancy varied. From her vaccine survey report it seemed that in the health and care sector certain groups were particularly hesitant; in some instances, there was a very high level of vaccine refusal. Four themes of hesitancy emerged from her rapid report:  1 Side Effects, 2 Efficacy, 3 Age and existing health conditions, 4 Transparency and trust.

On the falsehoods around transparency and trust, comments from respondents made reference to the poor way the pandemic was handled initially. Also, some had very good international connections. Some were not born in the UK and had family outside the UK. The way that the UK’s response to the pandemic was received by the international stage was quite negative and some had warnings from family suggesting they should be cautious about what is happening in the UK. There is a need to create trust and Sophie was hopeful that would change now with the vaccinations but said that there is still work to do.

She suggested that trust would be improved with local discussions within communities. One example was Bristol and a suggestion of mobile vaccination centres with the involvement of religious leaders and local organisations in discussions. Money could be ring fenced to organisations so that they can create some trust within their care organisations to answer questions directly. She thought that hearing the same message from someone in your community could change someone’s mind.

Sophie reported that hesitancy is less in smaller care homes where there were greater proportions of carers taking the vaccine and suggested that personal conversations with staff would have played a part. An idea of linking employment contracts with vaccines has been touted. Sophie said this is not the road to go down for various reasons and more of a risk based best management personal approach finding out what issues people have rather than a punitive approach is the way to bring people and the whole team together.

Sophie mentioned the importance of making it easy to access the vaccine, making it local and making it very easy for people to get to is absolutely an issue that would affect the take up. A lot of care staff do work very locally and not all of them are drivers, so having the vaccine somewhere where they can get to either on foot or access very easily is fundamental. She suggested that when staff are all together, perhaps in the care home there would be the extra impetus from being around colleagues who are taking it.

One question related to hearing from some NHS leaders that some agencies are not allowing staff paid time off to go and get vaccinated at hubs and carers are already on extremely low wages. It was thought that politicians need to look far deeper into the issue of hesitancy.

There was also discussion around people with learning difficulties who are in care; some of whom with profound disabilities are in care homes whilst others are being looked after by a team of carers in different forms of supported living and some are in their own homes. It was suggested that this group be prioritised. Sophie found that some of those groups are quite eager to take the vaccine.

Lord Russell asked about lessons we should be learning from other countries experience, vaccine nationalism and how the experts felt we should coordinate the international response to the new variants.

Azeem told the meeting that the vaccines are in short supply globally. Sometimes vaccine supply chains have been poor. Some chemicals might be made in UK, but the EU banning exports is a complex problem for supply companies to work together. Countries will need to work together; new variants need to be identified and vaccination given every year to ensure protection. He mentioned that we’re very fortunate in this country in the sense that our genomic sequencing capability means we can identify a new variant.

Layla Moran, MP, asked the experts what is the thing that they are most worried about in the immediate and medium term.

Apart from being eight months pregnant Sophie said she is worried about people in the care sector:

“…we’re already starting from a low base in terms of pay conditions and conditions in comparison to health colleagues…. with things like sick pay if people are contracting Covid-19 …they are out there on the frontline and yet they don’t have … six months full pay sick pay like they might have on the NHS. I’m worried about those inequalities and worried about inequalities in terms of communities of colour…  and I think we have to use this opportunity to think what we need to change strategically across the social care sector to make sure that it’s strong and its fit and the very gendered nature of the workforce is taken into account… we need to make sure that those people are well and are looked after… will impact on the ability of the country to recover…”

Azeem made two points. The first one is vaccine uptake in the UK. If we don’t suppress the infection, then large outbreaks will have an effect on the NHS. We need to work hard to ensure we get high uptake of vaccine in the population to reduce rates to a low level. Secondly, if we don’t suppress the infection globally, we will see variants emerging across the globe. He emphasized the importance of acting globally and not just in the UK and Europe to ensure global suppression of the virus.