Do vaccines produced in a country ‘belong’ to that country, until all needs of that country have been satisfied? 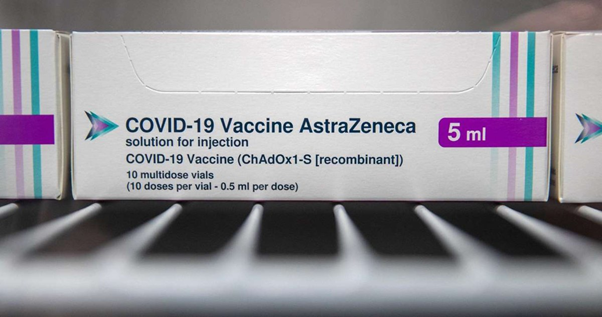 Large-scale vaccination is necessary to bring the Covid-19 pandemic under control. There are, so far, striking differences in the proportion of the population that has received Covid-19 vaccines: 32.7% in Israel, 11.8% in the UK, 7.2% in the US, 2.2% in the EU, 1.5% in Canada and below 1% in many other countries (data on 30 January). These differences are the consequence of an uneven vaccine distribution. Some countries have not received any vaccines at all.

Preparedness for this worldwide vaccination campaign did not start well, with Donald Trump trying to secure exclusive access to some vaccines and his Health Secretary stating that the US would make vaccines available to other countries only when the US needs had been met.

“Every man for himself” is a nightmare scenario that puts pharmaceutical companies in a difficult position. Vaccine manufacturers would prefer governments to get together and solve the allocation problem for them.

There have been multinational efforts to co-ordinate the purchase and allocation of vaccines. One is the EU procurement scheme, aimed at ensuring lower purchase prices and an equitable distribution between states. Joint procurement can be slower to set up but has benefits for a bloc of nations, especially in the long term.

Many African countries have followed the EU model of co-operation: thus, the African Union has pre-ordered 270 million vaccine doses on behalf of 55 member states.

The other big multinational effort is the Covax scheme, aimed at securing access to low- and middle-income countries with distribution of the vaccines taking place at the same rate in proportion to the population. Rollout is expected to start in February.

High-income countries pre-ordered large amounts of vaccines at a time when it was not known which vaccines would turn out to be effective. Thus, orders were placed for different vaccines and for a total amount that exceeds the required population coverage.

Is pre-ordering on this scale is sensible or selfish? The honest answer is that it is a bit of both. However, these pre-orders have benefitted low-income countries as well, as they boosted the manufacturing capacity.

Do vaccines produced in a country ‘belong’ to that country, until all needs of that country have been satisfied? This is the policy of the US administration and appears to be at the centre of the recent dispute between Astra Zeneca (AZ) and the EU.

The EU has argued that a production failure in AZ’s Belgian plant placed the company under an obligation to provide vaccines produced at other plants, as the contract refers to supply from four plants including two in the UK. In other words, the risk of an individual plant failure is shared across the contracts. Legal experts interviewed by the Guardian have concluded that there is no clarity in the AZ contract, but one expert’s view was consistent with the EU interpretation. AZ sources have suggested their contract with the UK gives Britain first claim on vaccines produced domestically: this would conflict with the contract signed with the EU.

This dispute has been made worse by the secrecy about the contracts and by AZ chief executive criticism of the EU. What was required was a compromise or an arbitration, not a “political” intervention by a pharma executive.

There is secrecy regarding how many vaccine doses have been delivered to the UK. When our vaccines Under-Secretary of State was asked how many doses had been delivered, he refused to give figures because “The more we say – or, dare I say, show off – about how many vaccines we’re receiving, the more difficult life becomes for the manufacturers”.

I am not a legal expert, but I know what is fair. Both the initial supply of AZ vaccines to the UK and the whole of the Pfizer vaccine supply have come from the EU. We should have offered a reasonable proportion of the Astra Zeneca vaccine produced in the UK on a temporary basis.

During a pandemic transnational solidarity is important. In April, when Britain scrambled for respirators, the German army donated 60. If the AZ British plant had failed, rather than the Belgian one, would we still have claimed that each country had exclusive access to ‘their’ vaccines?

The EU is now considering restrictions to the export of vaccines from the EU, as they feel the relationship with the UK is not one of mutual assistance. However, compartmentalising vaccine production into factories producing exclusively for individual countries is not in anybody’s interest.

During a pandemic nobody is safe until when we are all safe.

Of high priests, utopias, gods of rock, and fish biting back (but they’re happy).