Vampire daylight: a week in the life of Ben Houchen, Tees Valley Mayor

It has certainly been an interesting week for Ben Houchen 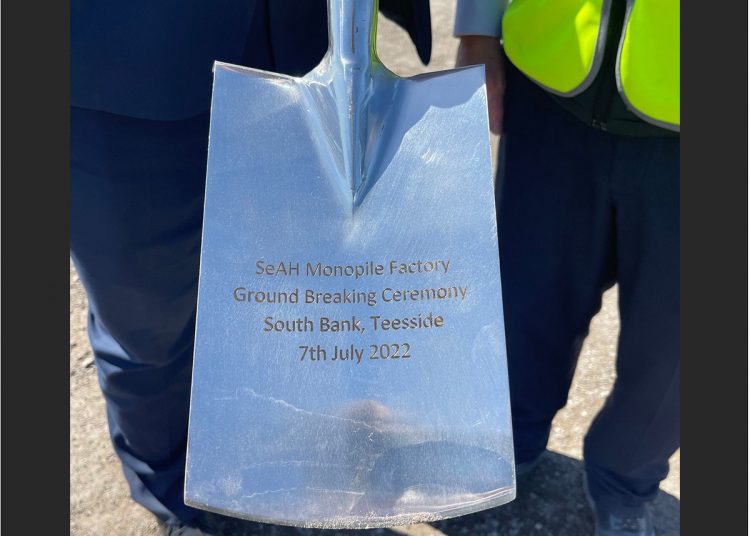 Tees Valley mayor, Ben Houchen has had a tumultuous few days. On Thursday, the ground-breaking ceremony for the SeAH factory at Teesworks was overshadowed by events at Westminster when his ally and mentor, Boris Johnson, announced his resignation as prime minister. As far as we are aware, Houchen has remained tight-lipped about Johnson. He appears to have made no statement on the resignation either before or since it happened. But it clearly unsettled him.

So, come Thursday morning Houchen broadcast the ground-breaking ceremony by live-streaming it on his facebook page. While it may have been a red-letter day for Teesworks, no press were allowed to attend the event. Chief correspondent of Channel 4 News, Alex Thomson, was incensed, and posted a tweet taking aim at TVCA press officer, Craig Peacock, who told him over the phone that he was not welcome, and promptly hung up on him.

There was an official invitation

When we caught up with Alex Thomson the following morning, he explained that what had irritated him the most was that he and his team hadn’t just turn up on spec, they had been officially invited to the ceremony along with the rest of the press corps. It was only by chance that they phoned the TVCA press officer early in the day to check out arrangements that the unfortunate incident took place.

We must assume that it was the press officer himself who was tasked with issuing the invitations to the media, and who then didn’t bother to let them know that the invitation had been rescinded.  Now for those of you who may be thinking that this isn’t really the proper etiquette, we should point out that the press officer was possibly feeling a bit beleaguered at this point. Let’s face it, for reasons best known to himself, his boss had just humiliated him in front of the entire press corps.

That the ceremony should be a media circus was undoubtedly not the press officer’s idea. He will just have been tasked with organising it. Now he finds himself staring into the abyss, knowing that the next time he picks up the phone to speak to any of the nation’s press and media, there is a substantive risk that he will be entertained to the dropping of phones. A man with an impossible job from here on in.

As for Houchen, alienating the nation’s media was probably not such a smart move either, especially on the same day that his mentor, Johnson, had just been made to walk the plank. We can only wonder about Houchen’s motive for taking such drastic action. Had the press been at the event, he  would have been taken out of his comfort zone, challenged by journalists with little real interest in the ground-breaking ceremony, but a lot of urgent concern about just what his views were on the events unfolding in Westminster. He had to make his mind up quickly what he feared the most – enraging the press or becoming embroiled in the anarchy of the Tory Interregnum. As it turns out, it was no contest.

It was also short sighted.  How much longer does he think he can avoid the question? The most obvious candidate would be local MP and freeport enthusiast, Rishi Sunak, who appears to have the backing of Jacob Young and Peter Gibson. After all, Houchen’s credibility depends to a large extent on being able to deliver the freeport. It must be worrying for him, therefore, to read the reports of Johnson trying to derail Sunak’s campaign.

If you snooze, you lose

But if the freeport project on Teesside took a hesitant step forward on Thursday, it took a step back on Friday, when GE announced that it would definitely not be setting up at Teesworks. Houchen was scathing. As he told the Northern Echo,

“GE have been dragging their feet for some time now. We’ve pushed and we’re ready to go to build the facility. At my last meeting with GE I informed them that due to the massive interest from multiple would-be investors they need to hurry up as we’re ready to go and if you snooze, you lose.”

“Unfortunately, it would seem they haven’t been competitive enough to secure orders with potential clients.”

That this was the reason for GE’s withdrawal came as something of a relief to those at Tees Valley Monitor (TVM), as previously the word was that they had put a spanner in the works when they reported in December 2021 that the firm had put its plans for the Teesside factory on hold (due to lack of orders).  Thus, his comments on his facebook page on 16 December:

Tees Valley Monitor is actually an independent media outlet, unconnected with the Labour Party.  In Houchen’s world, accurately reporting facts that contradict the output of his PR machine constitutes “actively trying to damage a major investment”.  The reporting “frustrating and disheartening” to a person who learned the art of lying at the master’s knee.

And speaking of “disheartening and frustrating”, there is the small matter of the demolition of the Dorman Long Tower, delisted and then destroyed in 2021 to make way for the GE megafactory of Houchen’s imagination. There are still a few questions to be answered here, one of which is why GE has made this final decision now, when there is another round of bidding for contracts scheduled for early 2023.  And GE has stated that it is still committed to participating in the development of wind turbines for Dogger Bank. But whatever happens in the next round of bidding, GE will definitely not, as it seems, build its factory at Teesworks.  Something, or someone, has put them off.  How could that be?

Dear Mr Vickers: a letter to a “loyal” Tory MP