The battle for Ukraine is not just fought on the plains of Donbass, but also wherever Ukrainians live, including here- in the North East. 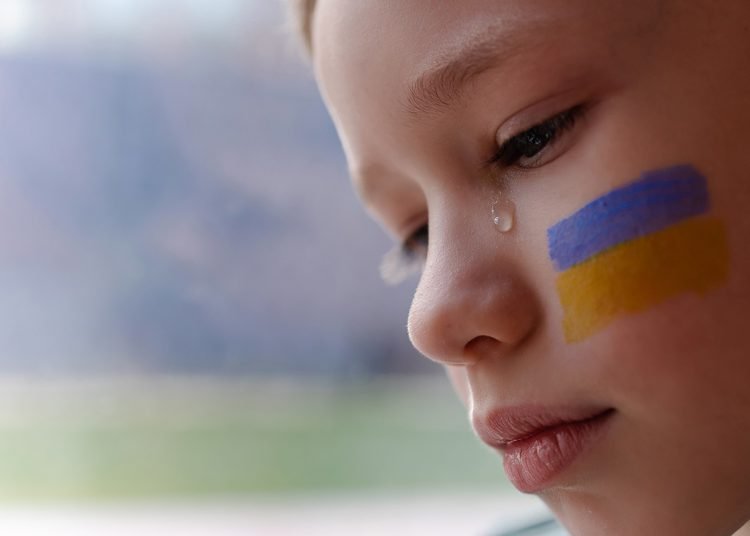 Ukraine is still fighting, and it is still bleeding – more often than not literally. It deserves better. The country made the choice for democracy, choosing it over cheap oil, back in 2014, during the Maidan revolution. Every day we see, hear and read about the obliterated cities, towns, and villages of the Donbass, the constant onslaught of guns and rockets on Kharkov, and the brutal subjugation of the people of Kherson, who now live and suffer under Russian yoke. This cannot stand and we all must do everything we can to stop this inhumane, devious invasion. This might be through the provision of money, moral support and arms, as Ukraine is fighting a just war, which it did not ask for and worked to avoid until the last minute before the invasion.

We hope Ukraine’s armed forces will defend its people and its land. As we await their victory, we must support those fleeing the conflict and arriving in the North East. Not just because it is the right thing to do, but because helping Ukrainians here with their daily struggles is fighting Putin’s Russia, albeit indirectly. Ukrainians here need our help – not just to survive here in the North East, but also to integrate and thrive; and in Western Europe we need Ukraine. Ukraine has the chance to defend Putin, defend the new fascism spilling over from Russia, not just through military conquest but also through its vile ideology of aggression, intolerance and hatred, spread by preachers of hate harking back to the brutal past, such as Alexandr Dugin.

Ukraine stands a firm bulwark against the spread of Putin’s new fascism through arms – but also hearts and minds. It stands firm, despite the horrors inflicted upon its people and its land. But it can only continue to stand firm if its people do not lose hope. We must understand that Putin wants them to lose hope – not just through inflicting unspeakable acts of cruelty against them through bombardment, enslavement, rape, and pillage, but also through propaganda.

This propaganda is multifaceted and is directed against the whole democratic movement sentiment in Ukraine. One of the aspects of this propaganda is convincing Ukrainians that the West, including the UK, does not really care about them. If the experience of the Ukrainians here in the UK is that of lack of support, discrimination, or even outright abuse, Putin’s propagandists will no doubt use such stories to convince Ukrainian people that nothing good awaits them in the West and the West does not welcome them– or welcomes them only to use and abuse them.

We also look into the future with hope and imagine the future when Ukraine is a free country and has won its freedom. After this war, Ukraine will need all the help it can get. Its formidable diaspora across the world, including the UK, is currently supporting their country to fight and survive. No doubt, in the fullness of time, Ukrainians in the North East will stand ready to do the same, having accumulated cultural capital, resources, and knowledge – but they must be supported now to be able to do so in the future. They need support with becoming a strong, well-connected community. This newly forming Ukrainian diaspora in the North East needs our support – if only to defend itself from possible targeting by Russia.

The battle for Ukraine is not just fought on the plains of Donbass, but also wherever Ukrainians live, including here in the North East. We can, and must, do our part.

Connecting the global with the local in the North East

In the North East, new and existing organisations are providing support in response to the ongoing emergency, providing Ukrainian people in the region with the support they need to live, work and thrive, and to become better integrated into their local communities. Often, they are very grassroots, and some are now beginning to involve Ukrainian people in supporting their fellow citizens. The need for support is growing, as an estimated 1,000 Ukrainian people have now arrived in the North East. In Sunderland alone, there are over 150 Ukrainian people. International Community Organisation of Sunderland (ICOS) has recently gathered examples of what support Ukrainians need and what issues they typically face.

A family asked to leave by hosts

A family from Ukraine (a mother and an adult daughter) arrived in Sunderland in early June and were placed with a host family. On Monday 20 June, the hosting family asked them to leave the property. That happened because the family had refused to clean the property and do odd jobs for the host family, as requested by the host family. The family then had to be moved to temporary accommodation (hotels) in Washington. The family still has no income, as they are still awaiting a universal credit decision. They now have to be re-matched, change their address suddenly, and also risk their documents going missing, if they are sent to an old address. The emotional effect on the family has been significant.

Two adult women from Ukraine live in Sunderland city centre and arrived in Sunderland at the end of April 2022. The host picked them up from an airport in another part of the country and has provided a lot of support to the family, including renovating the property. The host respects their privacy. They are now in receipt of benefits, and both have now been able to secure part-time jobs in the hospitality industry. The host even supported the Ukrainian women for an interview and bought bicycles for them and provided support with claiming benefits (although an ICOS staff member provides support at job centre meetings).

A Ukrainian mother, aged 37, arrived in Sunderland two months ago. She has two sons, aged ten and 13. Getting a school place for both sons was a struggle. Both of the boys got a school place three weeks later. Her younger son has settled into the new school but only later did his mother found out that he was being bullied. I work as a project trainee for ICOS and provide support and guidance to Ukrainian families. The mother and I had to go to school and speak to a year leader about the numerous bullying incidents. There was miscommunication between her younger son and a school staff member as he doesn’t speak any English and the school failed to book an interpreter. They sorted the issue out only after our meeting. All this resulted in the mother applying for a school place at a different school.

We can only imagine the effect of bullying on any child but the effect it has on a child who flees war and in a foreign country is just unimaginable. This situation has also brought even more upheaval into the life of an already vulnerable family.

Support for Ukrainians in the North East

As we see, while some have been truly welcomed by the local people, not all have and we must do what we can to support those fleeing Putin’s aggression.

In response, ICOS has provided one-to-one support with access to benefits, housing, and services such as the NHS and schools and employed a Ukrainian-speaking staff member to provide needs-tailored support. ICOS’s work can be supported here.

“I have a huge support from Tracey Brown, Debbie Cox and Hope Vineyard Sunderland members. We are in desperate need of funds, as we want to be able to support Ukrainian families here in Sunderland and surrounding areas as well as helping ex British military with petrol, accommodation, and humanitarian aid costs. They have run out of funds and need our help to be able to continue the evacuation process and provide food, medical equipment, and clothing for the Ukrainian army.”

More information about Sunderland for Ukraine  can be found on their facebook page, and you can support the group here.

Somewhere Else in Stockton provides emotional support and support to combat mental isolation. The aim of Somewhere Else is to promote social inclusion, combat loneliness, encourage a sense of belonging and to increase feelings of self-value and worth. They are now providing regular counselling sessions for Ukrainian people affected by the crisis, often suffering from trauma and finding it difficult to cope with living in a new country.

More information about Somewhere Else can be accessed on their facebook page.

Michal Chantkowski is a Manager at ICOS and a member of the Racial Justice Network at People’s Powerhouse.